Ann-Margret at The Stardust Casino in 2005 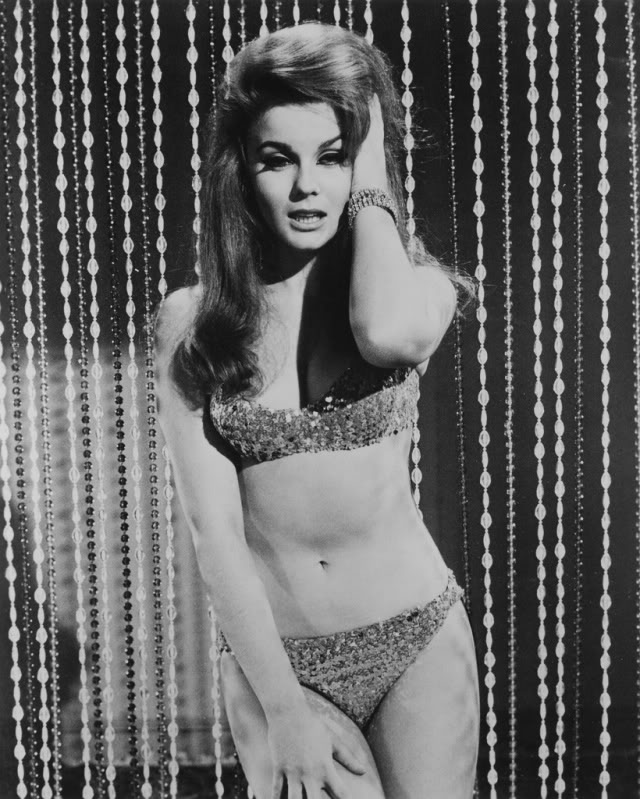 (Note: I originally wrote this review for the London website Artrocker way back in 2005. They deleted it from their site long ago, so figured I’d dust it off and post it here for posterity. This already feels like a lifetime ago. The Stardust was closed the following year, and demolished in 2007. Atomic-era sex kitten turned serious actress Ann-Margret is one of my abiding obsessions, maybe just a few notches below Jayne Mansfield. I can't imagine not playing a few tracks by her when I DJ at Dr Sketchy).

"Her Vegas revue was slick, gratifyingly kitsch cabaret. Her costumes, for example, were by Nolan Miller, the designer behind Crystal and Alexis's clothes on Dynasty in the 1980s, and as hideous as that statement leads you to expect..."

You know that 1950s flick The Wild One where Marlon Brando's biker gang roar in and take over an entire town? Viva Las Vegas - the annual rockabilly rumble that rocks Las Vegas -- feels something like that. In a revenge of the freaks against the squares scenario, every long Easter weekend for the past eight years hepcats from all over the world descend and drag Vegas down to their level. Glancing around surrounded by side-burned and tattooed greasers and vicious bullet bra-ed cuties with Bettie Page fringes, it feels like you've been dropped into your own juvenile delinquent exploitation movie.

As a happy coincidence, during this year's Viva Las Vegas, veteran sex kitten extraordinaire Ann-Margret was doing a residency in the Wayne Newton Theatre at The Stardust casino. The ticket wasn't cheap, but attendance felt compulsory. This is after all the woman whose romantic life - if gossip is believed - encompassed Elvis, Sinatra and JFK. (She serenaded Kennedy with "Happy Birthday" in '63, the year after Marilyn Monroe did). 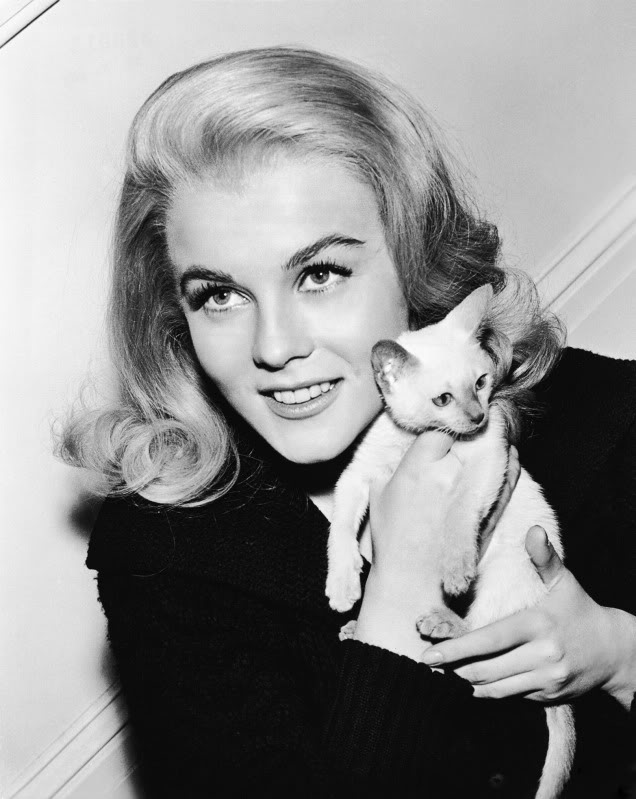 Having made her Las Vegas showroom debut 45 years ago, Ann-Margret is one of the few lifelines to the whole swingin' Old Vegas Rat Pack era still active. Not to mention golden era Hollywood: she made her film debut in 1961, starring in musicals like Bye Bye Birdie in the genre's dying gasp. Then there's the Elvis connection: Her luscious presence as love interest Rusty Martin makes 1963's Viva Las Vegas one of Elvis's few (only?) tolerable film vehicles. And at 64 years old, who knows when Ann-Margret might retire from performing and if I'd be in Vegas at the same time as her again? My ass was there.

A local journalist predicted Ann-Margret would lure the visiting rockabillies, anticipating she'd look out from the stage "and see a hallucinatory-level concentration of hair-greased and black t-shirted conventioneer Elvii." I wish: I was certainly the only rockabilly present the night I went, surrounded by senior citizens and a particular strain of camp-hungry gay men of a certain age. Before her entrance and during her many costume changes giant movie screens on either side of the stage transmitted beautifully edited footage from her old films and performances spliced together and spat out in vivid, jarring shards: Ann-Margret cavorting with Elvis; her animated cartoon image as "Ann-Margrock" on The Flinstones, singing and dancing with Fred Flinstone and Barney Rubble; frenzied go-go dancing atop a motorcycle; goofing around with Dean Martin; duetting (in hot pants) with a hoochie mama Tina Turner on "Proud Mary" in an early 1970s TV special.

Below: Ann-Margret duetting with Tina Turner ...

... and Fred Flintstone and Barney Rubble

The clips bore testament to Ann-Margret's strange career (she must have starred in some of the trashiest films ever made; she manages to be hip and naff at the same time, part of her kitsch appeal) and her alluring 1960s sex kitten image (see also Brigitte Bardot, Jane Fonda in Barbarella and Nancy Sinatra) that hipsters recall with such affection. It's an American interpretation of Bardot's wild child / female James Dean persona, with the feral sensuality overlaid with an essentially wholesome niceness: Ann-Margret's good girl / bad girl mixed messages in films like The Pleasure Seekers and Kitten with a Whip echo today - for better or for worse -- in Britney Spears. 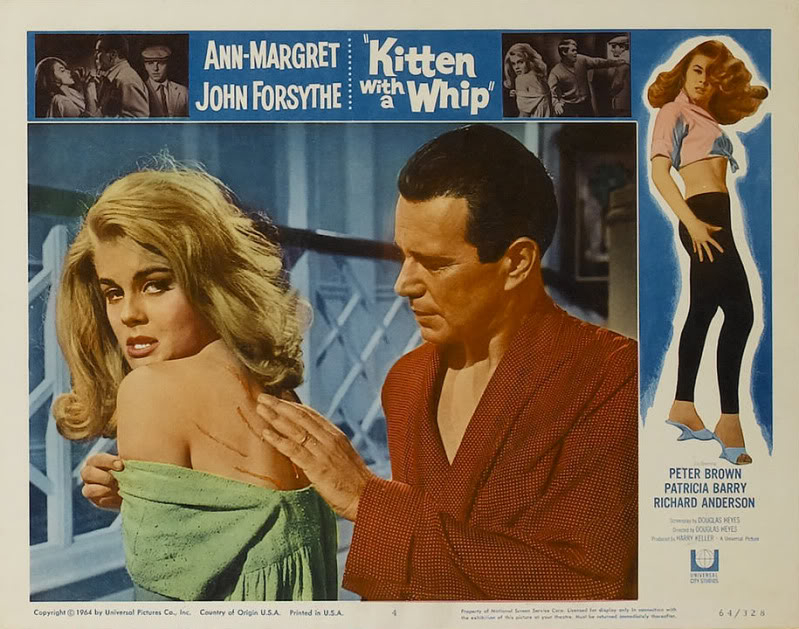 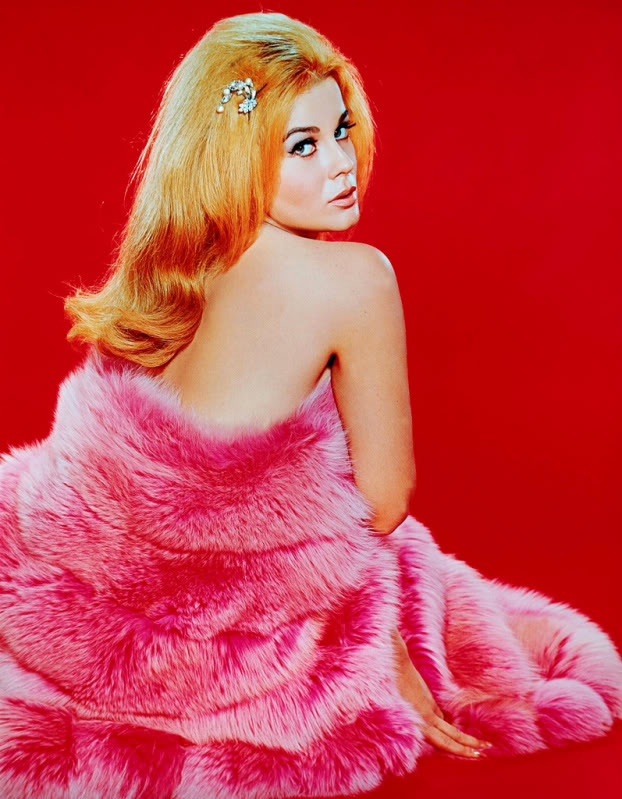 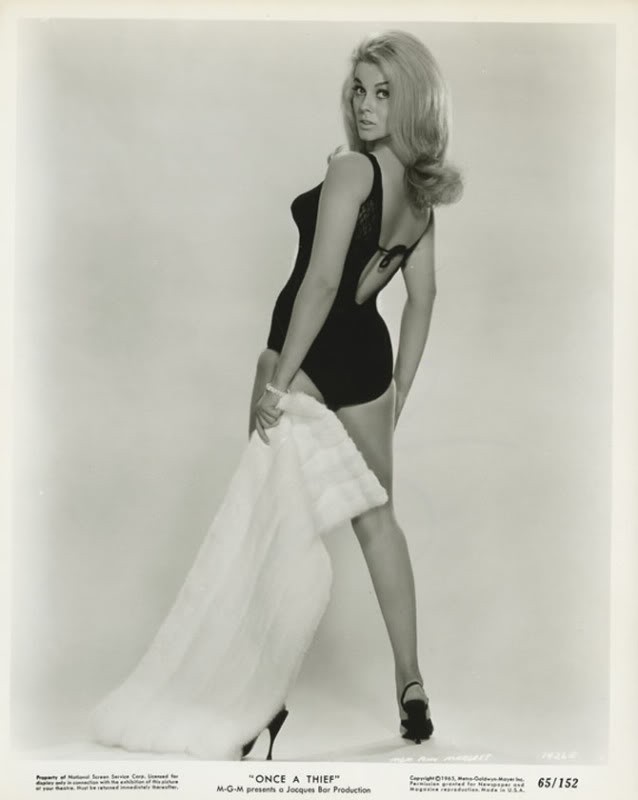 Ann-Margret's early pop career has been well served by two greatest hits packages. 1996's Let Me Entertain You and 2004's Viva La Vivacious focus on her years on the label RCA (1961 - 1966), when her image was pitched somewhere between the “New Monroe” and a “Female Elvis”. Both contain her slinky interpretation of Elvis's "Heartbreak Hotel" and her biggest chart hit, the winsome, harmonica-driven girl group-style lament "I Just Don't Understand." Typically, she purrs, coos and sighs, dripping honey over sultry Country & Western-inflected rock'n'roll. It's appealingly disorienting to hear unvarnished rhythm & blues and rockabilly standards like "Kansas City", "Jim Dandy" and "Dance with Me Henry" filtered through a jazzy cocktail lounge sensibility and delivered by someone wearing false eyelashes. 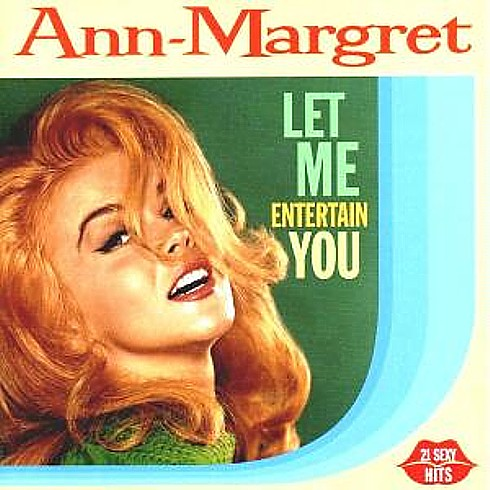 Only a few years later, under the guidance of Lee Hazlewood, Nancy Sinatra (another Elvis leading lady) would achieve greater commercial success with a brasher, tougher variation on this formula. (In another parallel with Sinatra, Ann-Margret and Hazlewood teamed up in 1969 for an album of duets, The Cowboy and The Lady).

Ann-Margret sang none of these tracks at The Stardust, opting instead for covers of other people's songs and schmaltzy ballads. Her Vegas revue was slick, gratifyingly kitsch cabaret. Her costumes, for example, were by Nolan Miller, the designer behind Crystal and Alexis's clothes on Dynasty in the 1980s, and every bit as hideous as that statement leads you to expect. Singing a Swedish-language ballad dedicated to her immigrant parents, she wore a matronly violet gown that was pure mother-of-the-bride. But with each costume change the audience ooh-ed and aah-ed and burst into applause. She connected to a reassuringly middle of the road conception of old fashioned glamour (tousled bouffant hair, cleavage, sequins), which was sweet.

Still curvy and compact, Ann-Margret certainly looked great, and her voice is still buoyant and feline. She was accompanied by three muscular, queer-as-a-three-pound note male dancer / background singers wearing Janet Jackson Rhythm Nation-style headset microphones, who picked her up and twirled her around in dance routines. At one point she gushed she wanted to hug us all. Later she asked if there were any war veterans in the audience, then thanked them in an emotion-choked voice and demanded we all applaud them. It felt simultaneously cringe-worthy and heartfelt. 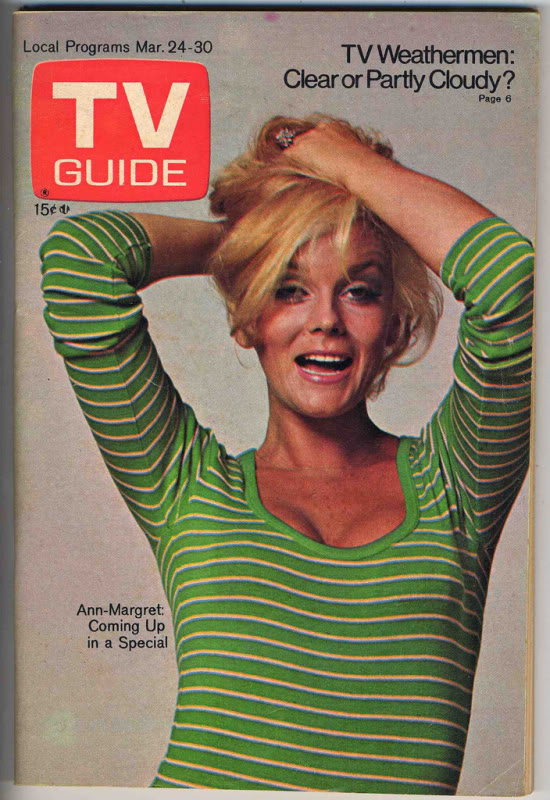 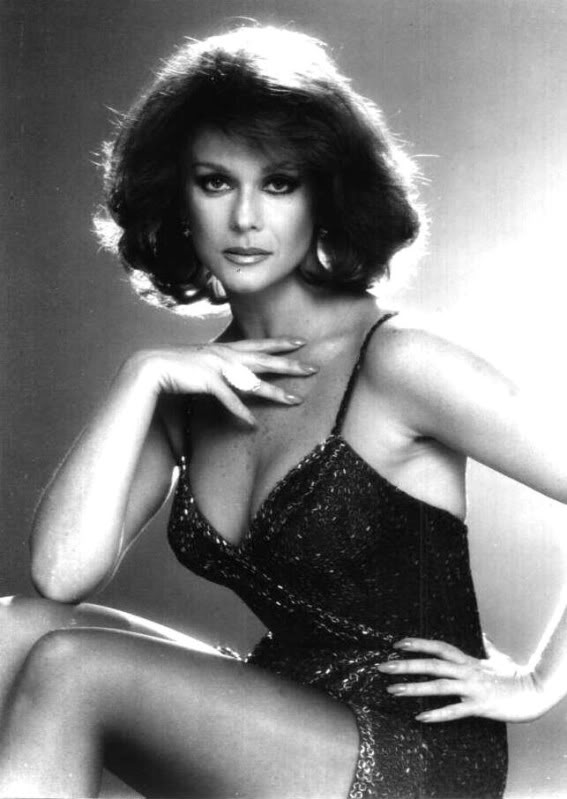 / Ann-Margret in 1981: The disco era (warning: you must have a high tolerance for camp before even contemplating watch this! If watching this clip turns you gay, don't blame me) /

In show biz reminiscences she reverently called Frank Capra and John Wayne and George Burns "Mr Capra", "Mr Wayne" and "Mr Burns." When the screens showed scenes from Ken Russell's berserk 1975 film of the Who's rock opera Tommy (in which she played Roger Daltrey's volatile mother and earned an Oscar nomination), the audience was tangibly baffled. This was one aspect of the Ann-Margret oeuvre that left them cold. It was deliciously weird when she sang a hard rock version of "Pinball Wizard" in a long white dress, shrouded in billowing dry ice.

In homage to Elvis, she sang "A Little Less Conversation" and (perhaps inevitably) for her big finale "Viva Las Vegas". Reflecting on how as a young starlet her looks saw her typecast in bad girl roles, she recalled," I call it my Kitten with a Whip phase. Sometimes I still feel like that little kitten. It's just getting a little harder to crack the whip. But I still manage." Then she sang Shania Twain's "I Feel Like a Woman" while wearing wraparound sunglasses and a fringed black leather biker jacket and draping herself across a Harley-Davidson while her male dancers gyrated and crotch-thrust around her. It was that kind of show. Musical credibility is not a priority for an old school entertainer like Ann-Margret, whose objective is simply to please her audience. On that level, she succeeded impeccably.

/ Present-day Ann-Margret: it looks like she's self-administering a face lift / 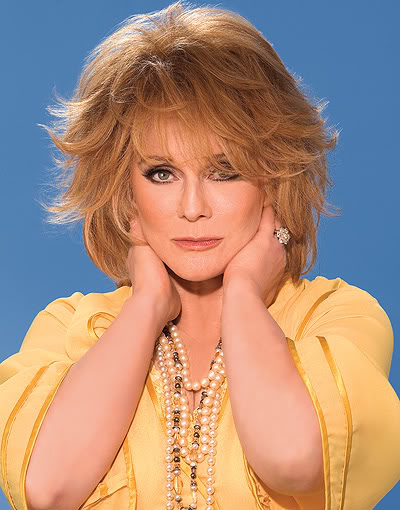 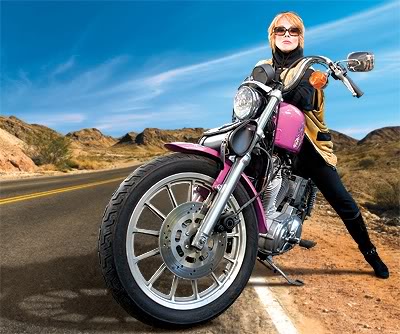