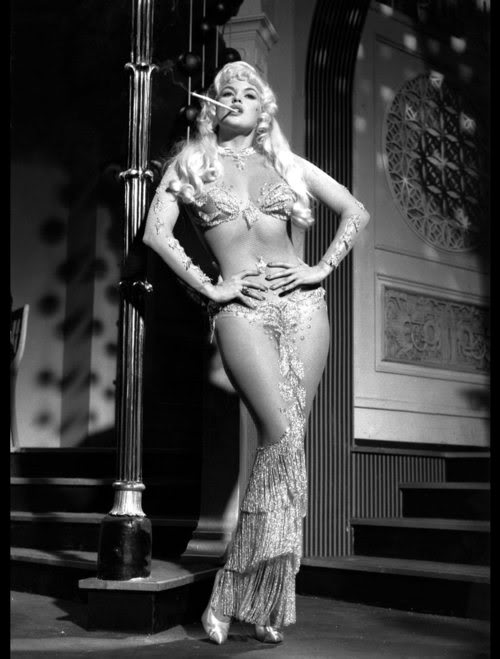 This Wednesday night Dr Sketchy at The Royal Vauxhall Tavern featured two Dr Sketchy doyennes: bad girl of cabaret emcee Ophelia Bitz and bump-and-grind artiste Cherry Shakewell. The outrageous Ophelia was on especially raunchy form. “I am and probably will Ophelia Bitz,” she introduced herself. Sporting an especially short micro mini-dress, she apologised in advance to the audience members by the front of the stage if they copped an eyeful of more than they bargained for. Truly, she is the Tallulah Bankhead du nos jours.

Cherry Shakewell’s act incorporated a bubble machine, and her spectacular green and gold outfit and headdress evoked an under-the-sea vibe, implying sexy mermaids, a Sea Queen or (as Cherry herself described it) Lady Neptune. (Unfortunately there was no one taking photos tonight, but Cherry looked a lot like this ... in fact, this tune was the cue for the bubble machine to start).

Ophelia used this as inspiration for suggesting themes when people drew Cherry. She paraphrased a line from a song in The Little Mermaid (“It’s better down where it’s wetter”) in a way that Disney almost certainly didn’t have in mind. Another of her suggestions was “Something Fishy, Starring Cherry Shakewell.”

I haven’t made any serious technical blunders in a while, so I guess I was overdue for one. There was a horrifying moment at the beginning of the night when I botched Ophelia’s music cue. Because there was just one model and burlesque performer this night, Ophelia treated the audience to a few songs from her cabaret repertoire. When she arrived and said her musical backing was on her iPhone rather than on a CD, my heart sank. I don’t have an iPhone myself so am panicky and unfamiliar with operating ‘em. And even at the best of times, I screw up musical cues (just ask poor long-suffering Claire Benjamin/Freuda Kahlo!). Ophelia quickly ran through with me what her musical cue would be but I still completely misunderstood it (I thought she was singing a song at the end of the night, not right after she introduced herself at the start!). So she stood there staring at me from the stage when her music was due to kick in, and I was staring back at her blankly before I realised, Oh! She means now! Luckily, Ophelia is such a seasoned and unruffled pro we quickly got back on track and she rocked the house with her first song.

Needless to say, we mostly get a great crowd at Dr Sketchy nights: fun, open, talented, smart, perhaps a bit drunk – and always respectful of the performers. Wednesday night we had a garrulous group of newbies (apparently some gals from the office on a night out) who were pounding back glasses of rosé or something and seemed not to be au fait with basic etiquette about not talking while a performer is singing (and bear in mind the RVT is a small venue, so it was right in Ophelia’s face). To her credit, Ophelia rose above it and handled it in her stride (well, she did tell them to shut up mid-song), but it made my blood boil. Obviously these are the same ilk of people who probably talk and text all through films, too. It’s unlikely any of them will read this, but seriously ladies – STFU!

Musically, it didn’t occur to me until midway through Cherry’s first pose I should try to play some underwater/sea-related music. Doh! I quickly remedied that by slapping on "Atlantis" by high emperor of Mondo Exotica, Les Baxter. Elsewhere, while she posed I cranked up cooing sex kitten tunes by Cherry’s platinum blonde spiritual predecessors like Mamie Van Doren, Brigitte Bardot, Jayne Mansfield and (token redhead) Ann-Margret. I decided long ago that “Cherry” by The Jive Bombers is Cherry’s unofficial theme song. For me Cherry’s 1960s go-go dancer look (tousled blonde mane, frosted pale lipstick, false eyelashes like thick black tarantulas) always suggests Nancy Sinatra and Russ Meyer’s sexploitation masterpiece (and what John Waters calls “beyond a doubt, the best movie ever made”) Faster, Pussycat! Kill! Kill! (Of the trio of homicidal, vengeful go-go dancers, Cherry most resembles the fun-loving blonde femme one, Billie).

I corralled some friends into coming to this Dr Sketchy: Christopher, Paul (these two used to be in art-punk band Matron together) and Ilana. (Ilana in fact won one of the main prizes at the end. Ophelia couldn’t decipher the signature scrawled at the bottom of Ilana’s sketch and announced her as “Lana”). After Dr Sketchy itself was pretty much over, I dashed outside where the three of them were standing smoking cigarettes like a bunch of delinquents. I said I’d just play one or two more songs to wind things up then I’d be free to join them. They had the nerve to say No, they’re going back in and they want to listen to me play more. So I continued DJ’ing for another 25 minutes or so for their pleasure while they drank beer. What can you do with people like that, huh? 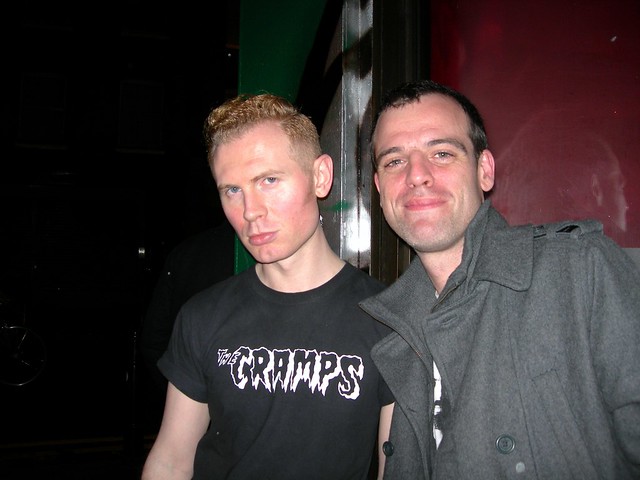