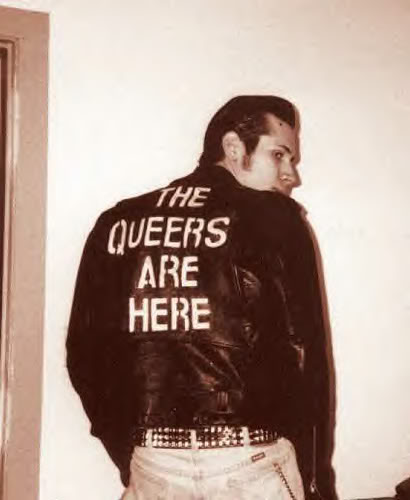 Am doing a last-minute spurt of Christmas-related blogging now, ‘cause I figure in about 48-hours no one will want to read anything to do with Christmas!

The December Cockabilly (so therefore the Christmas Cockabilly) was on 7 December 2011. I didn’t do any DJ’ing at this one, but I did bring my camera, so this instalment won’t feature a set list but will be photo-heavy instead.

First of all, two photos that cropped up from the November 2011 Cockabilly taken by Mal Nicholson (alongside co-promoter/organiser Paul Draggoni, he's the brains behind Cockabilly). As a general rule, if the photo is sepia-toned, it’s Mal’s! 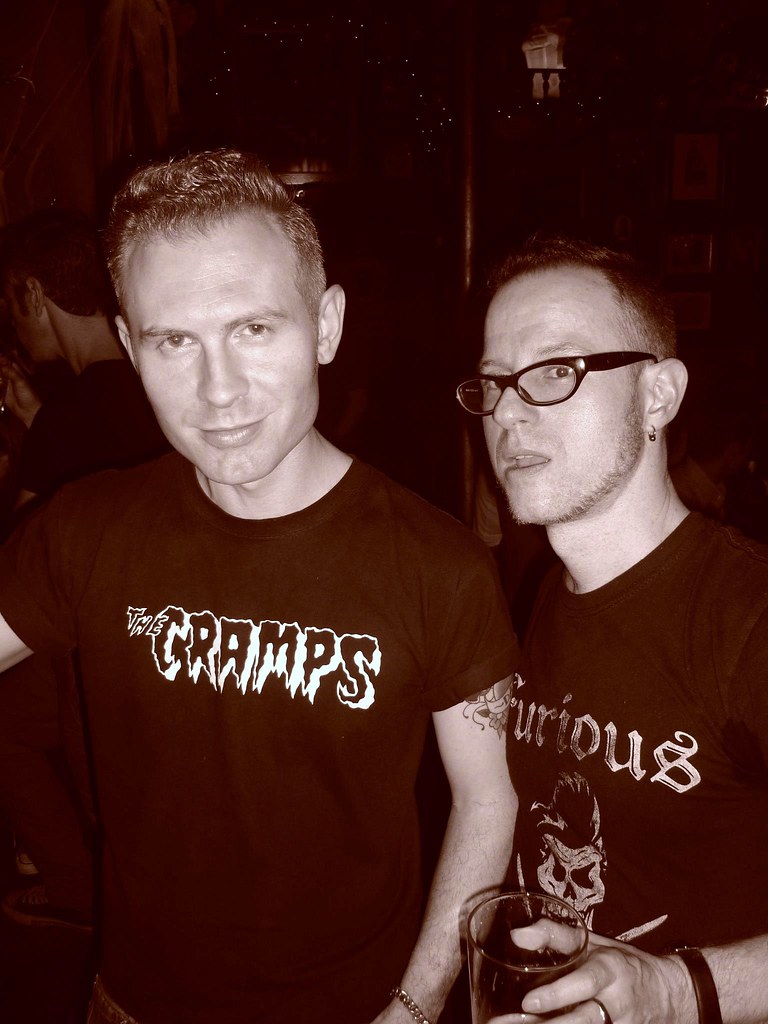 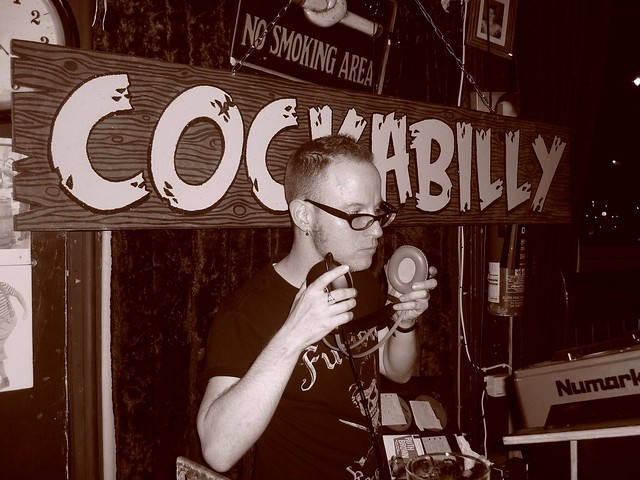 Me looking utterly gormless behind the DJ booth!

OK, back to my friends going apeshit crazy at the December 2011 Christmas Cockabilly. 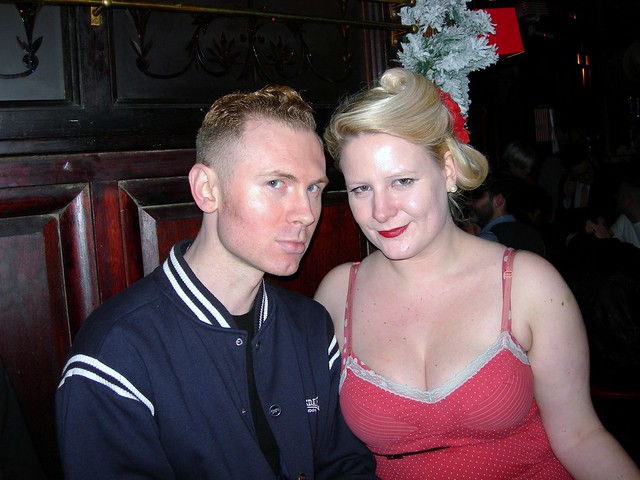 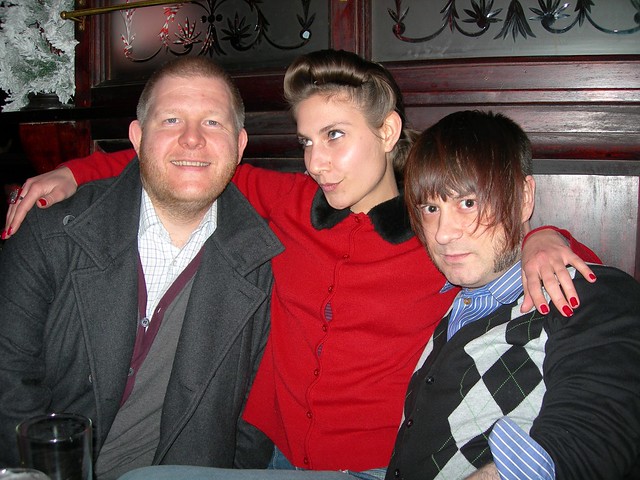 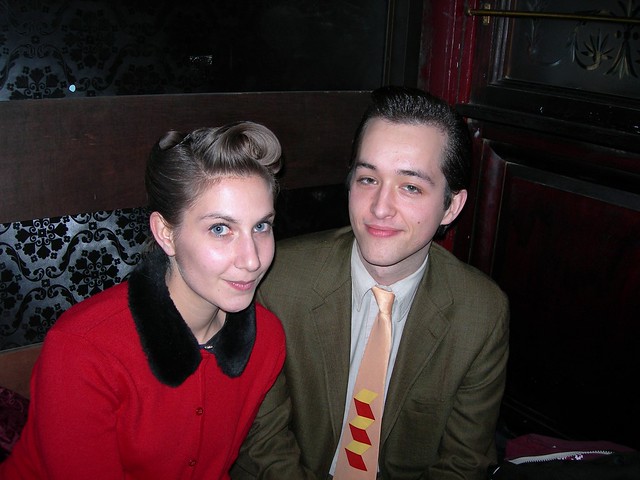 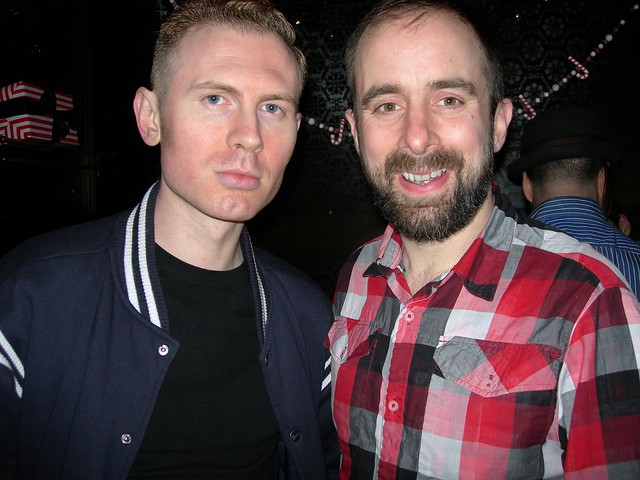 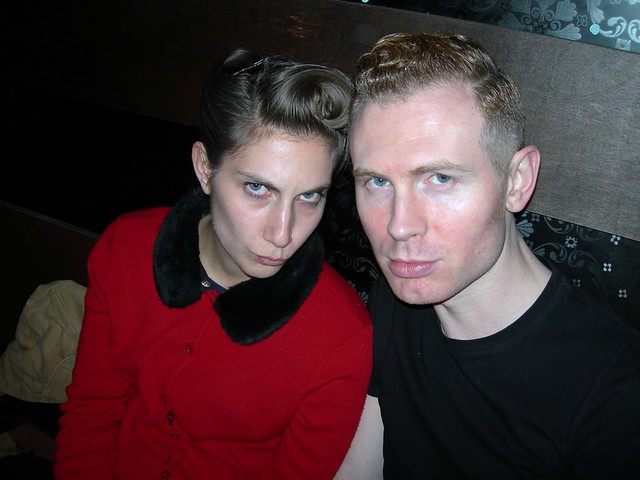 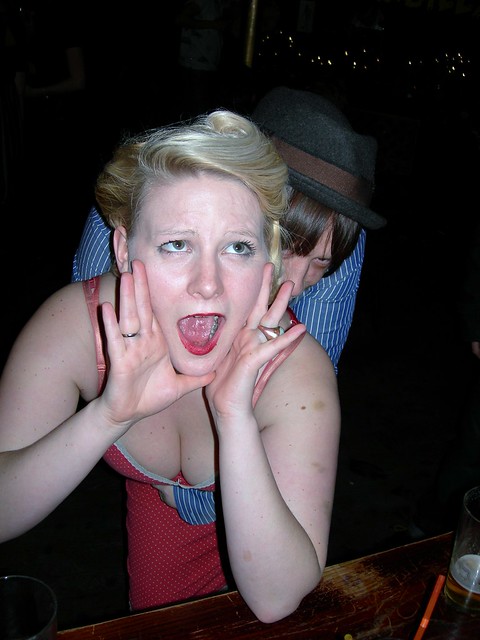 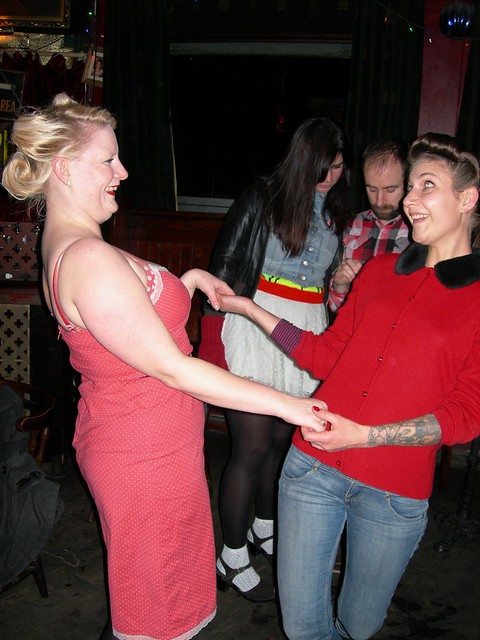 Lauren and Therese dancing (Erika and Mal visible in the background) 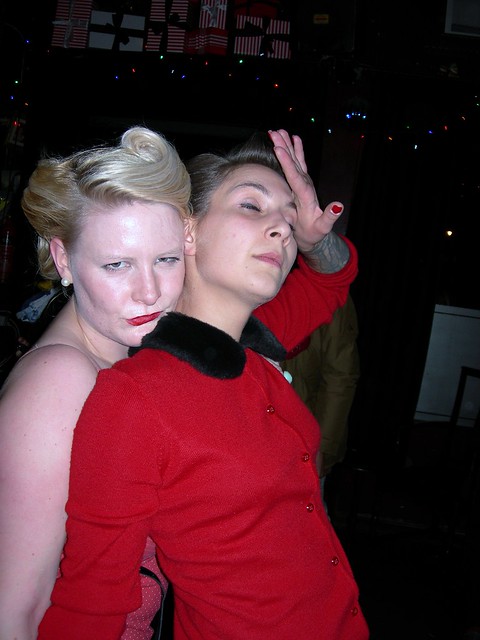 Lauren and Therese getting dramatic 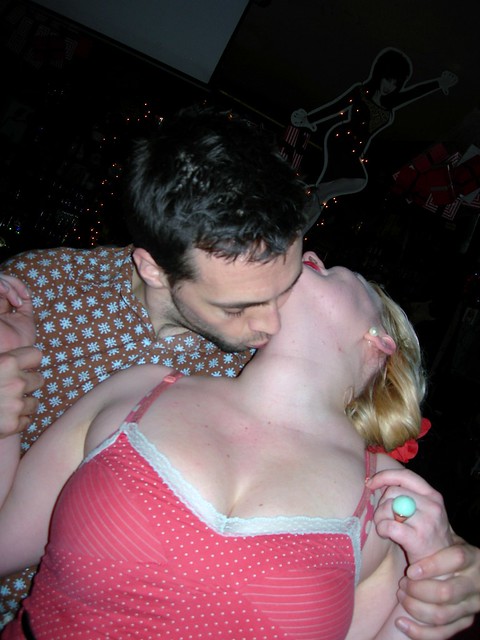 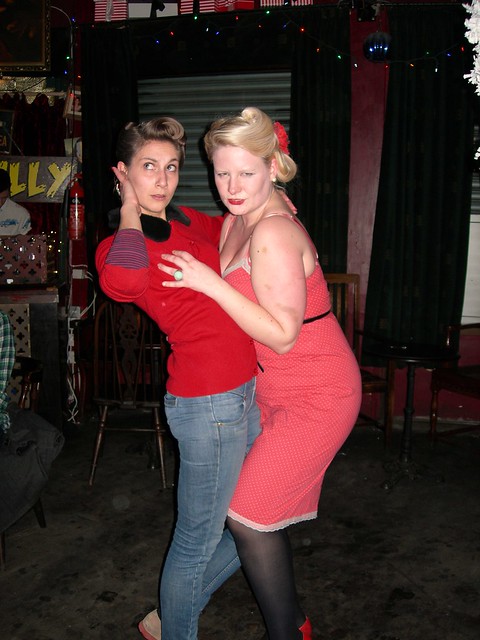 Therese and Lauren lezzing-up (you'd never know it, but they'd never met before that night) 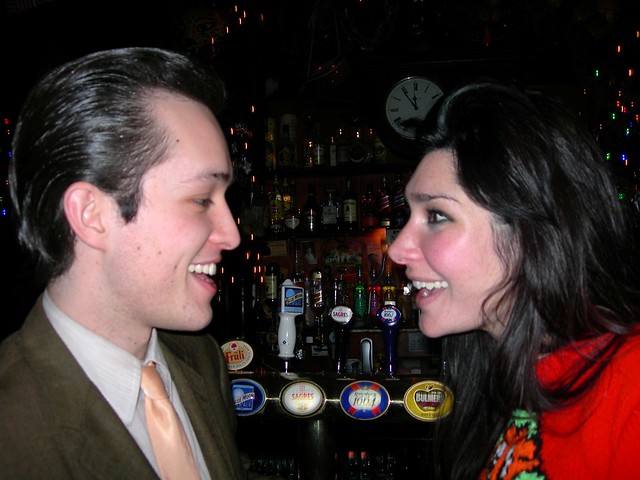 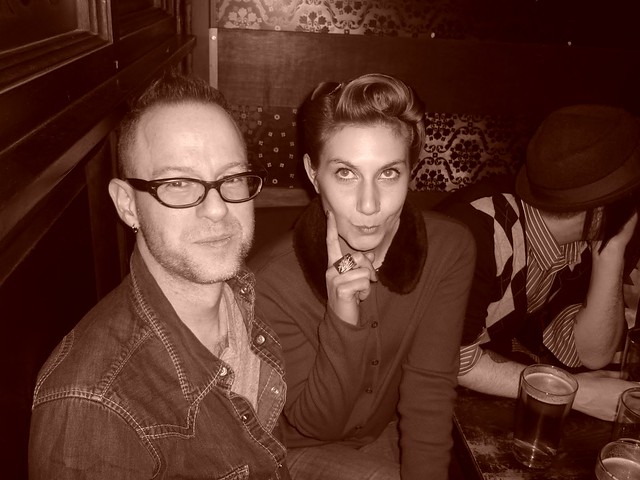 Therese and I. Paul apparently pretending he doesn't know us. Eine foto von Mal Nicholson. (You can see more shots on my flickr page).

The next Cockabilly is 4 January 2011. In the meantime, wishing everyone a Tom of Finland Christmas! 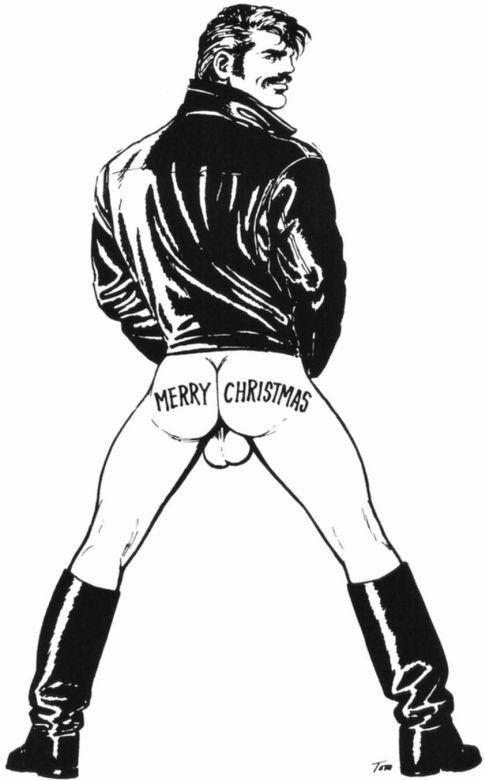