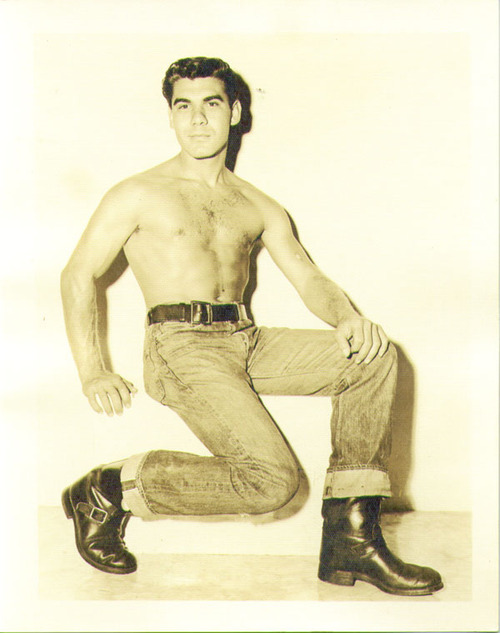 Another month, another Cockabilly (London’s only monthly queer rockabilly night!) in the louche “anything goes” beatnik surroundings of the divoon George & Dragon in ultra bohemian Shoreditch. Mal Nicholson and Paul Dragoni founded Cockabilly way back in 2008, making 2013 the club night’s five year anniversary. Keeping a club afloat in London's glamour jungle for five years is no mean feat and shows true grit and tenacity. It’s never been a better time to show Cockabilly some love! Gay greasers unite! Rock around the cock! 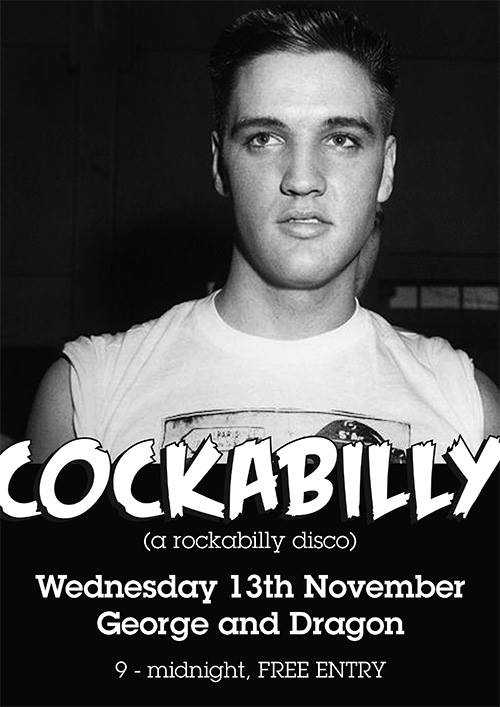 As per usual when I guest DJ at Cockabilly (I was sandwiched between head honcho Mal and Elma Wolf of Twat Boutique notoriety) I strove to whip-up a primitive and taboo atmosphere with my most rancid musical selections, incorporating rockabilly, punk, surf, titty shakers and rhythm and blues (give me Ike and Tina Turner or give me death!). 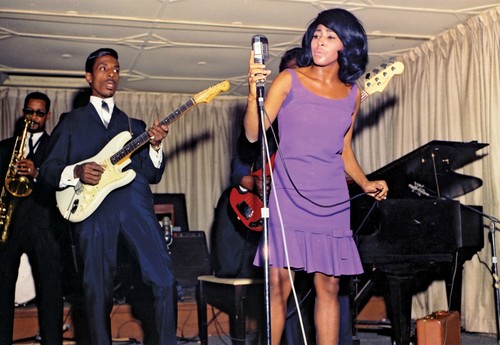 Playing us out: Link Wray and His Ray Men absolutely ripping it freaking up on a live rendition of killer rockabilly instrumental “Rawhide” on Dick Clark’s American Bandstand in 1959. Wray and his besuited and neatly Brylcreemed musicians may look pretty sober (they're wearing ties!), but they are tight as fuck and the music is so bristling with menace and aggression it’s the like the soundtrack for a biker gang switchblade fight. I also love the contrast between the ferocity of Wray’s greasy, punk-y assault and the utterly unimpressed wholesome teenage audience in cardigans and horn rimmed specs (they’re adorable in a Corny Collins Show / Hairspray vein, but what a bunch of squares! They should be rioting and trashing the place!), who only come to life when they catch a glimpse of themselves on the screen (watch for the girl whipping off her glasses at 2:01). 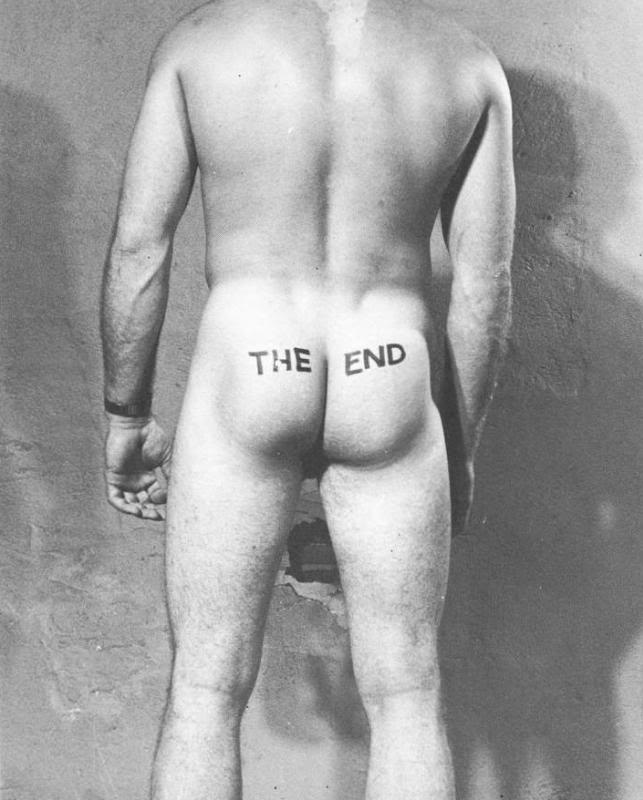 For all your kitsch / camp / homoerotic / vintage sleaze needs, be sure to follow me on tumblr.