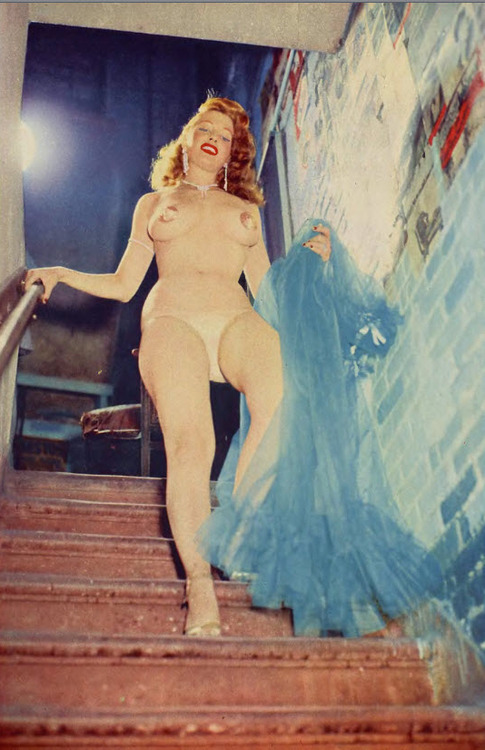 / Showtime for the Rita Hayworth of Burlesque, the regal Tempest Storm / 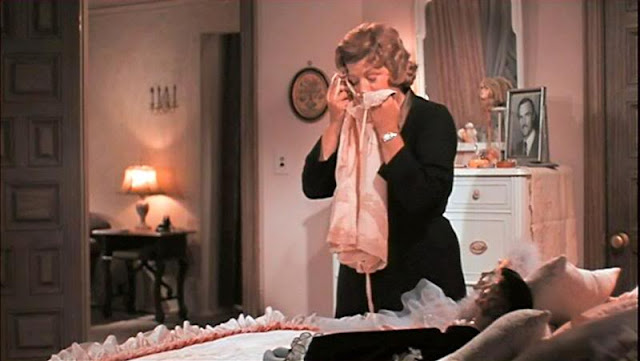 / Ophelia's lingerie-sniffing was reminiscent of this, too: Shelley Winters in What's the Matter with Helen? (1971). Via /

The two featured guest performers and models this time were the pretty damn dazzling Bon Bon and Amelie Soeil. (I hadn't seen Ms Bon Bon since Bestival 2012). I was struck by what seasoned pros both of them are. In both of their acts, things went wrong – it was impressive how they rolled with it without breaking stride. Poor Bettsie Bon Bon suffered a wardrobe malfunction – she couldn't get her corset off. Eventually she managed to virtually wrestle herself out of it - and injure herself in the process. (“I made myself bleed trying to get my tits out for you,” she later informed the audience). Soleil, meanwhile, did an eye-watering act that involved eating razor blades. Yikes! Freaky! It was like something out of an old school carnival sideshow. I’m one squeamish mofo and I had to watch bits of it between my fingers. At one point Soleil whipped out a cigarette lighter or some matches (I forget which) to apparently do some fire-eating but they wouldn't light because of the onstage fans. She swiftly abandoned that idea and continued to blow our minds with the razor blade-eating. 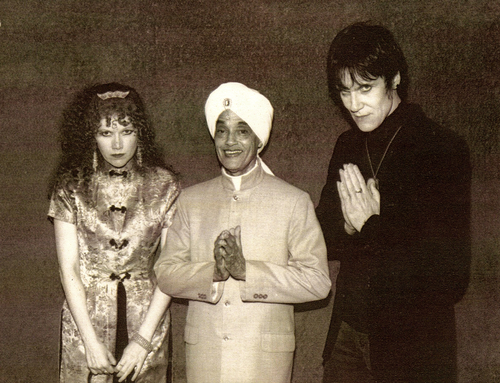 / Last month I posted a photo of Korla Pandit (1921-1998) with Yma Sumac. Here he is with Poison Ivy and Lux Interior of The Cramps, looking suitably reverent to be in his presence /

It probably sounds perverse, but my favourite part of DJ’ing at a Dr Sketchy at The Royal Vauxhall Tavern is early on, just as people start arriving, I’m am playing tinkly exotica lounge music and the venue is darkened and lit just by candles (once Dr Sketchy properly starts, the house lights come up so that people can see their drawings!). My new ritual is opening with a track by the turbaned high potentate of exotica, the enigmatic Korla Pandit.  From there, I went in a swirling Middle Eastern belly dancer direction (obviously playing “Uska Dara” by Miss Eartha Kitt was obligatory). “Taita Inty (Virgin of The Sun God)” by high priestess of exotica Yma Sumac ends with the sound of a gong being struck. Martin Denny’s “Girlfriend of the Whirling Dervish” begins with the sound of a gong – playing them back-to-back segued seamlessly! I always play the Marilyn Monroe-Jane Russell duet “A Little Girl from Little Rock” from the 1953 film Gentlemen Prefer Blondes when two women model together – maybe a bit predictable, but it always gets a laugh. Everyone loves that film.