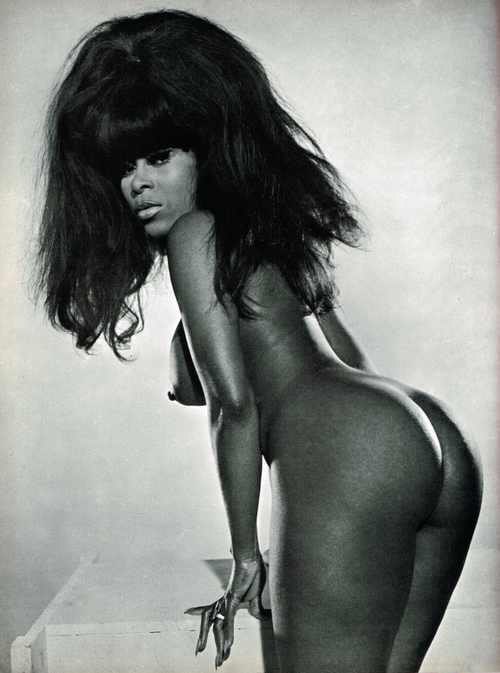 
The first Dr Sketchy of the New Year was quite simply one of the best ever. In fact last Wednesday night at The Royal Vauxhall Tavern felt like Dr Sketchy being plunged back to its classic golden age (or age d’or, if you prefer).

First of all, hostess with the mostest (or should that be “moistest”?), emcee Ophelia Bitz was back in charge of proceedings and on raunchy form. Think of her as the toilet-mouthed and debauched Tallulah Bankhead du nos jours. Bad girl of cabaret Ophelia and her boyfriend upped sticks and re-located to Bristol a while back, so this was a rare London appearance (I’m pretty sure I hadn't seen her since Bestival 2012).  Boy, do we miss her at Dr Sketchy. Resplendent in gold sequins, at one point she apologised to the crowd for not having washed beforehand and explained Febreeze is the patron saint of cabaret. Later, circulating through the crowd and glancing at their drawings, she stopped at one, exclaimed, “That’s disgusting!” and gave a filthy cackle. 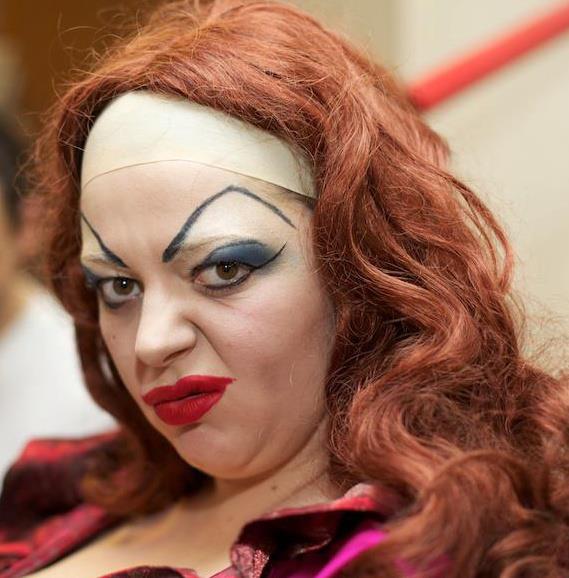 Both of the night’s guest performers / models, Amelie Soleil and Fancy Chance, were cabaret crème de la crème and Dr Sketchy doyennes who hadn't performed for us in ages. I’d only ever seen “Britain’s Tiniest Tease” Soleil once before (at the May 2012 Dr Sketchy at The Old Queen’s Head) and didn't recognise her at first at The Royal Vauxhall Tavern: she’s since shuttled from blonde to Ann-Margret not-found-in-nature red. (Needless to say I slipped in an Ann-Margret track while Soleil modeled – not that I need much excuse). 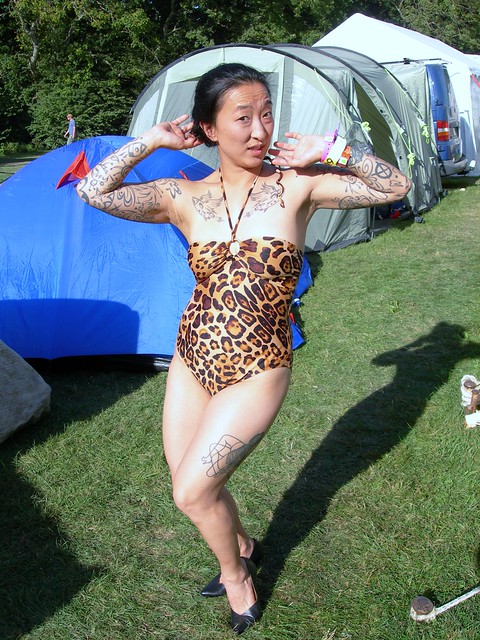 Like with Ophelia, I hadn't seen maverick burlesque comedienne Fancy Chance since Dr Sketchy and Time for Tease at Bestival 2012.  Chance’s routine was certainly au courant: Prince has been causing a sensation in London lately, playing tiny intimate gigs that instantly sell out.  The savvy Chance dusted off her Prince tribute act (she howls along and strips to “Kiss”) and was probably far more entertaining than the genuine article himself these days. Perhaps unsurprisingly, I don’t have any Prince tracks in my collection. But figuring Chance in male drag (with her tousled pompadour bouffant wig and pencil-line pimp mustache) looked just as much like Little Richard, Esquerita or Masaaki Hirao as Prince, I cranked-up songs by them during her poses instead. 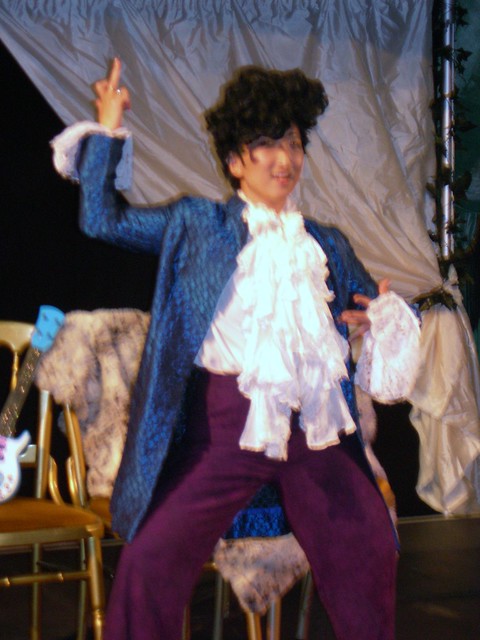 / Sadly, we never seem to get people taking and submitting photos at Dr Sketchy anymore, but to give you a flavour, here is the sublime Fancy Chance doing her Prince act at the Time for Tease tent at Bestival 2012 /

Of course primitive, pagan and taboo exotica lounge music will always hold a special place in my heart. Whether it’s Dr Sketchy or my own night Lobotomy Room, I like to ease into things early on by playing atmospheric and eerie exotica by the likes of Martin Denny and Les Baxter just as people are arriving, probably making them wonder, “Where the hell am I?” I've written before about my admiration for the mesmerising and enigmatic Korla Pandit, but only just recently started incorporating his weird and wonderful music into my sets. He is the high emperor of exotica to Peruvian diva Yma Sumac’s high empress. Playing two tracks back-to-back by these two is spine-tingling and intoxicating. 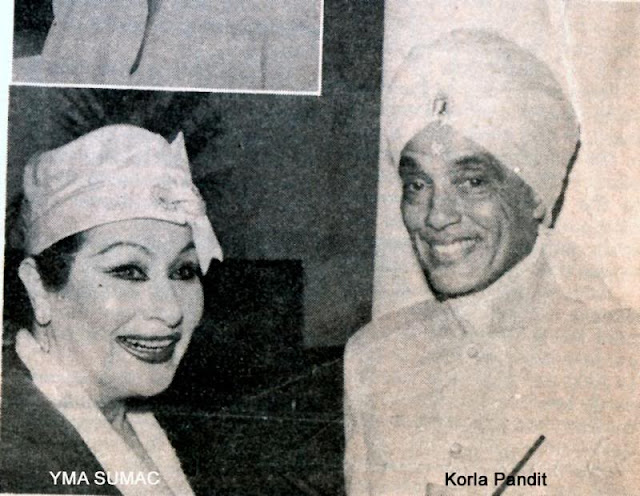 
/ Korla Pandit (and a very pretty Asian male dancer) in action in his 1950s prime. Look deep into his eyes / 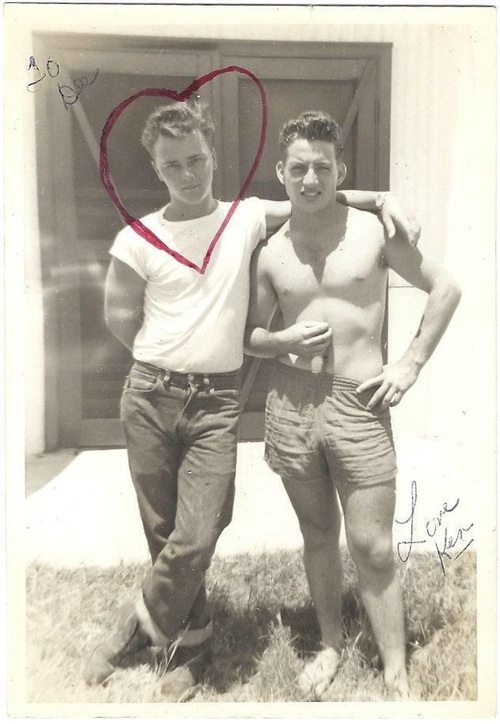 2014 just got a whole lot sexier! In summer 2013 Cockabilly (London’s only monthly queer rockabilly night since 2008!) was graciously welcomed back to its ideal locale, the ultra-bohemian George and Dragon in London’s gritty East End, for a regular monthly Wednesday night residency. On 31 January 2014, the George and Dragon management bestowed on Cockabilly a much-coveted Friday night slot as a trial. And it was such a triumph it looks very likely we may well have the last Friday of the month as a regular thing! 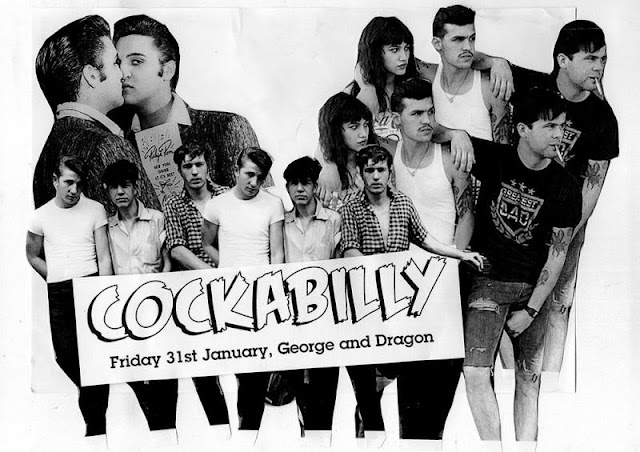 As an added bonus, Mal (the brains behind Cockabilly) wrangled a projector and screened Hairspray (the 1988 John Waters original, natch – not the 2007 re-make abomination starring John Travolta!) as a sort of atmospheric silent video installation against the wall. Once Hairspray finished, we stuck on my DVD of raunchy 1955 burlesque film Teaserama for extra sleaze appeal. Needless to say, the crowd was utterly mesmerised by the undulating hips and lingerie-clad striptease cavorting of Bettie Page and Tempest Storm. (One of the wonders of Teaserama is that no matter what music you’re playing, it looks like the strippers are dancing to it!). I've always wanted projections at my own club night Lobotomy Room but never managed to get the technology together; this Cockabilly demonstrated it really adds that something extra.

And it’s got to be said – Mal and I rocked the freaking house! (We're normally a trio but Cockabilly’s other regular resident DJ Emma Peters was engaged that night with her exciting new gin palace pop-up venture. Read about it here). During my lager-fuelled set, I aimed to keep things frantic, emphasising white trash rockers with high-pitched desperate wailing voices (think “Whistle Bait” by The Collins Kids, Ronnie Dawson’s “Rockin’ Bones”, the orgasmic shrieking of "Little Boy" by Johnny and Jackie and The Sex Pistol's punk thrashing of "Rock Around the Clock"). Otherwise I whipped together punk (X), frat rock (The Fendermen, The Trashmen, The Readymen), John Waters soundtracks, surf, greasy rhythm and blues (give me Ike and Tina or give me death) and tittyshaking instrumentals. In other words, all your favourite rancid vintage musical classicks (sic)!

Special thanks to my friends Christopher, Eric, Paul, Dez, Simon and Charlie for coming. Things were too hectic and drunk for me to take any photos on the night – I’ll endeavor to next time.

If you don't already, follow me on tumblr: for all your kitsch, retro and vintage homoerotic needs! Not safe for work and never will be. (Don't look at it on your work PC unless your employers are exceptionally hip and open-minded). Satisfy your delinquent desires! 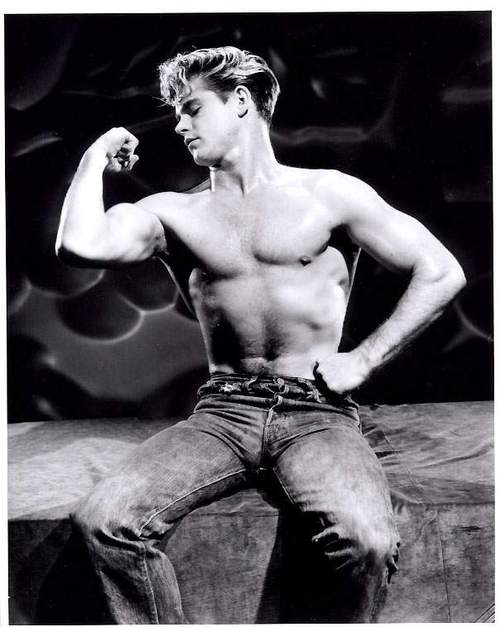 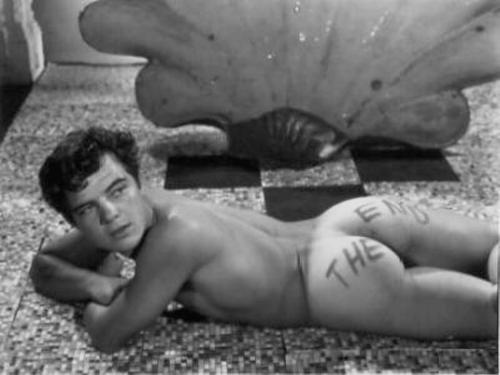