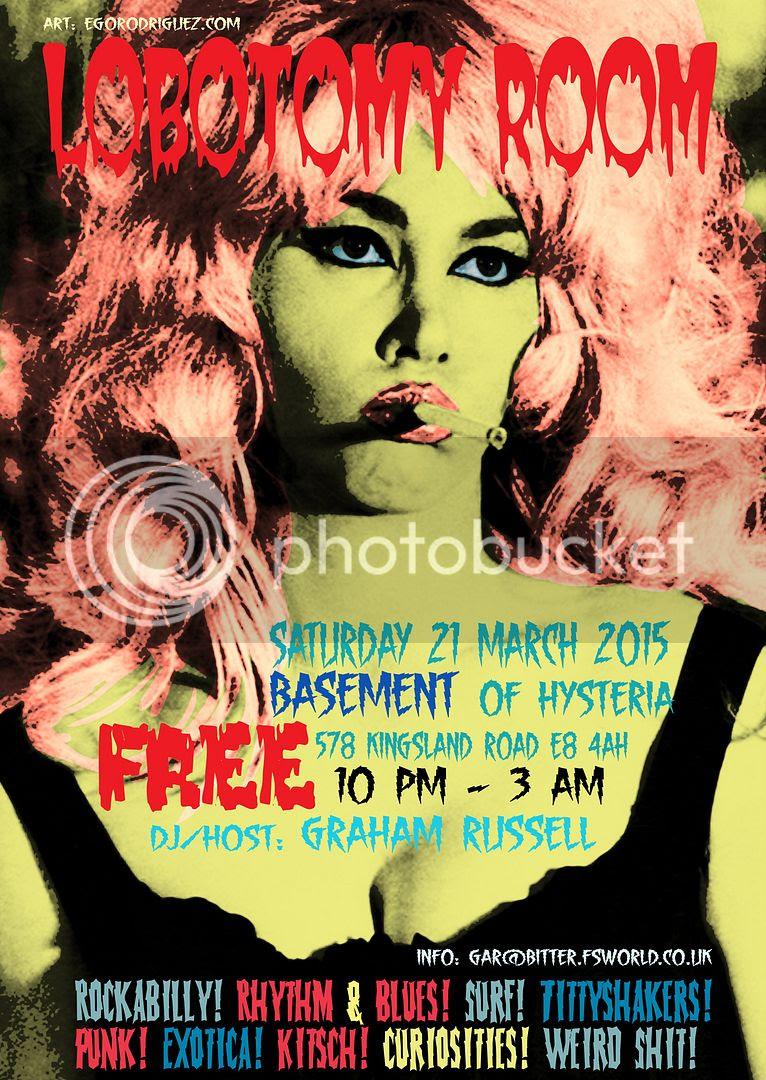 Skulk in the depths of drunken depravity - at LOBOTOMY ROOM!

Gay greasers, cry-babies, prison wives and juvenile delinquents of all ages are welcome at LOBOTOMY ROOM! The semi-regular cult club night in waiting returns to the suitable environs of a low-ceilinged subterranean sex dungeon basement in Dalston (aka downstairs at Hysteria)! No musical guests this time – just me playing all your putrid vintage sleaze favourites until you’re losing your mind!

All this and admission is gratuit. (That’s French for FREE!) 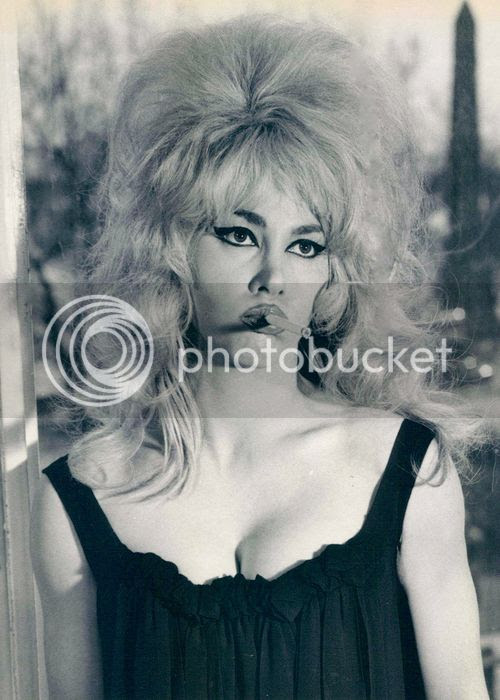 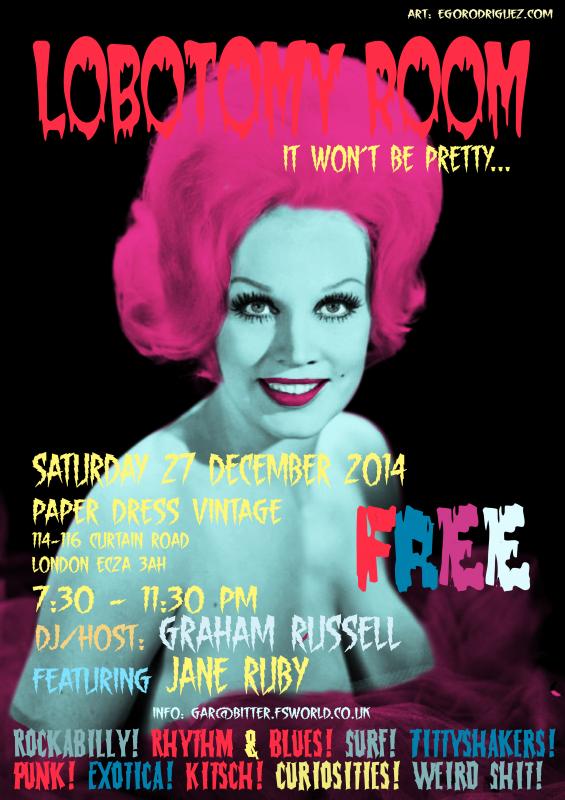 Escape the boredom that imprisons us all – at LOBOTOMY ROOM!

Musical guest is JANE RUBY - the bluesy chantoosie who purrs and belts in a voice of pure pink cashmere. Perhaps best-known as the hour glass-contoured frontwoman of South London’s now-defunct voodoobilly band Naked Ruby throughout the 2000s, Ruby then sang and played guitar in all-girl surf punk outfit The Deptford Beach Babes – and now she’s seducing audiences with her new one-woman solo act. Ruby’s songs evoke visions of Ann-Margret in her Kitten with a Whip prime twisting frantically to Link Wray and are informed by her chequered past. Hailing from the wastelands of Adelaide, Australia has left the devilish red-haired singer a life-long glamour junkie, something Ruby indulged via her stints as a former nudie cutie artist’s model, dancer (Can-Can, flamenco and belly) and cocktail lounge jazz diva covering Billie Holiday and Nina Simone standards (an apprenticeship that still lingers in her femme fatale vocal antics). Ruby’s lyrics are sometimes spun from her real-life debauched alcohol-fuelled Janis Joplin-esque misadventures and sometimes are Faster Pussycat! Kill! Kill!-style revenge fantasies (assuming her songs about killing men are not based on firsthand experience). Blues, flamenco-tinged rock’n’roll and dirty stories are assured. If we’re lucky Ruby might even throw in a spot of belly-dancing!All this and admission is gratuit. (That’s French for FREE!)


To paraphrase The Ramones: there was no stoppin’ the cretins from hoppin’ – at the 27 December 2014 LOBOTOMY ROOM!

I had vowed to myself I would do one final (third) Lobotomy Room for 2014 – and I pulled it off! My expectations were realistic: this is the third time I've done a Lobotomy Room at Paper Dress Vintage on the weekend between Christmas and New Year’s Eve, so I knew already the streets of Shoreditch would be a desolate ghost town and loads of my friends would be out of town. But everything considered ... we did pretty damn well!

Swingin’ special musical guest red-headed blues mama Jane Ruby (an old friend of mine from way back in the nineties) certainly helped. A vision in vintage aquamarine sequins and working a towering tousled beehive ‘do, Ms Ruby cast a spell with her heavenly intonations, accompanying herself with just guitar on a beguiling mix of original material and inspired covers (including “I Put A Spell on You” and “These Boots Are Made for Walking”).  Kudos as well to Paper Dress Vintage’s unflappable bar manager Carla for literally keeping everyone intoxicated. But mainly thanks to the hip, good-natured, enthusiastic dancing crowd who were a pleasure to DJ for. They helped ensure Lobotomy Room ended 2014 on a high.

Who knows what 2015 holds in store for my fetid club night?

/ The Italian contingent: the fabulous Barbara (centre) and friends /

/ Only one photo of me taken all night - and it's ghastly! (I look like I'm chewing a wasp in every photo ever taken). But still, it's Jane Ruby and I /

/ When Jane Ruby sang a song in Spanish, it sparked a spontaneous outbreak of flamenco dancing - a definite Lobotomy Room first! It was like a moment from a Pedro Almodovar film /

Lobotomy Room is kindly sponsored by Vivien of Holloway - for all your faux vintage glamour needs!

Follow me on tumblr for all your rancid kitsch and homoerotic vintage sleaze needs!