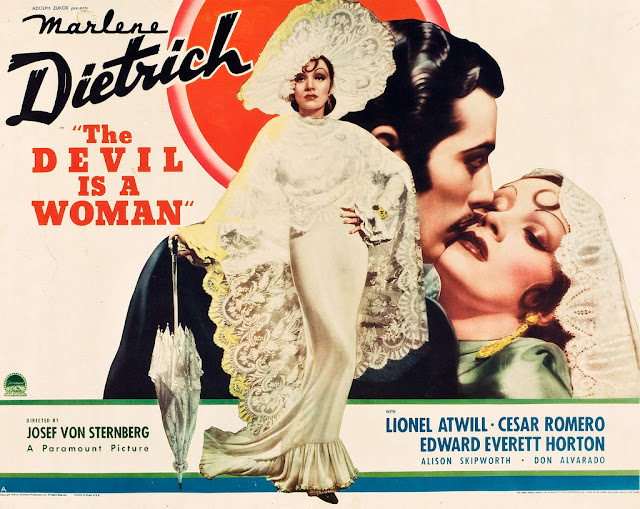 If visionary director Josef von Sternberg was the Leonardo da Vinci of cinema, then German glamourpuss leading lady Marlene Dietrich was his Mona Lisa. The Devil is a Woman (1935) was the last of the seven exquisite films the duo collaborated on together. And boy, did they conclude in high style! Sumptuous and bizarre, it’s a kinky and cruel black comedy about sexual humiliation, tinged with sadomasochism, and offering one final swooning and ambivalent valentine from von Sternberg to his gorgeous muse.

Set in a dream-like, deliberately artificial turn-of-the-century Seville, it stars Dietrich (clad in a wild wardrobe of lace mantillas) as heartless gold-digging femme fatale Concha Perez (variously described as “the most dangerous woman you’ll ever meet!” and “the toast of Spain!”) cruelly pitting virile young Antonio Garvan (Cesar Romero at his most handsome) against the self-destructively besotted Captain Don Pasqual Costelar (Lionel Atwill – deliberately styled to resemble von Sternberg himself) for her own amusement.

The Devil is a Woman is a deliriously perverse, borderline-surreal spectacle! Come see the movie the Spanish government successfully banned and that Dietrich herself called her favourite (“because I was most beautiful in it”) on Wednesday 21 August!

Lobotomy Room Goes to the Movies is the FREE monthly film club downstairs at Fontaine’s bar (Dalston’s most unique nite spot!) devoted to Bad Movies We Love (our motto: Bad Movies for Bad People), specializing in the kitsch, the cult and the queer! Doors to the basement Bamboo Lounge open at 8 pm. Film starts at 8:30 pm prompt! 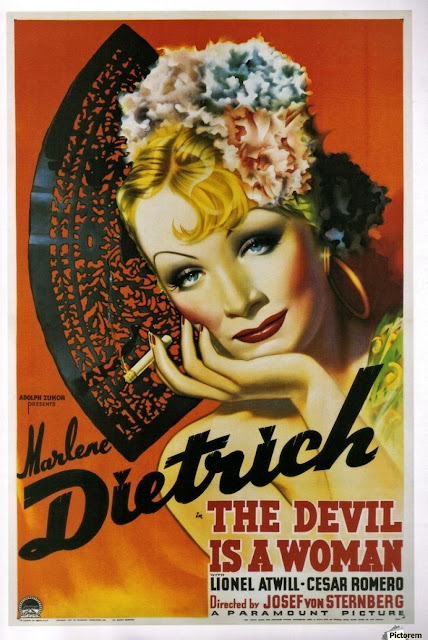 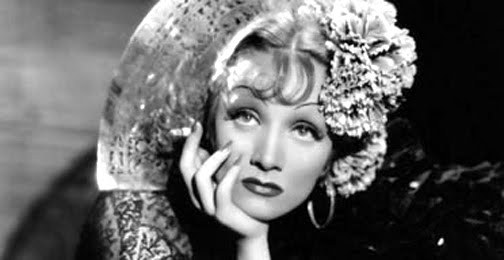 The director Josef von Sternberg (1894 - 1969) and Marlene Dietrich (1901 - 1992) made seven films together in which he obsessed over lighting his muse’s face, trying to capture her mystique and crack her mystery. They had a volatile and complicated professional and personal relationship that had reached the end by 1935. The Devil is a Woman was the last movie they collaborated on and a lot has been read into it and how von Sternberg represents Dietrich onscreen this final time, looking for traces of bitterness, disillusionment or heartbreak.  What has certainly been noted is that the actor Lionel Atwill (1885 - 1946) who plays the masochistically-besotted Captain Don Pasqual – the man Dietrich cruelly torments in the film – seems to be deliberately styled to look just like von Sternberg.

Also: in their previous films Dietrich tended to play “noble harlots” - essentially variations of a prostitute / fallen woman who actually operates with a far higher code of honour and more courage than the conventional society who judges her. In Devil, though, the man-eating, gold-digging character she plays (cigarette factory trollop turned nightclub chanteuse Concha Perez) is just plain bad! 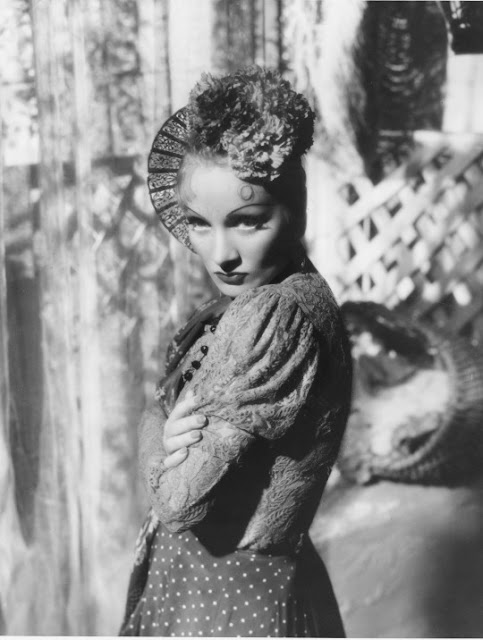 Interestingly, in Devil von Sternberg seems to deliberately reference The Blue Angel (1930), the first film he and Dietrich made together. Concha is a Spanish kissin’ cousin of the amoral Lola Lola, the German cabaret singer Dietrich plays in Blue Angel. And Atwill watching Concha sing in Devil’s musical number “Three Sweethearts Have I” echoes Emil Jannings watch Lola Lola sing "Falling in Love Again".  More perversely, von Sternberg also seems inspired by another Dietrich film he didn’t even direct himself: Song of Songs (1933), with Atwill and the great character actress Alison Skipworth (1863 – 1952) playing variations of the roles they enacted in that movie. 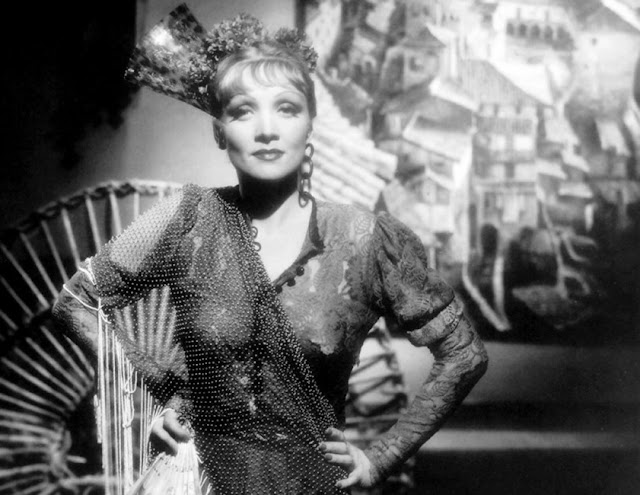 Asked late in life which was her favourite of the seven films she made with von Sternberg, Dietrich replied The Devil is a Woman. When pressed why, she snapped, “Because I was never more beautiful!” She may well have a point. Certainly Concha’s Spanish senorita costumes (heavy on the lace mantillas and giant tortoise shell combs) are among the most outrageous and elaborate Dietrich ever wore on-screen, and they’re created by Paramount Studio’s top designer, Travis Banton (1894 - 1958). But since then we’ve learned no one ever told Marlene Dietrich what to wear and in fact it was an active hands-on collaboration between Dietrich and Banton. Dietrich could easily get a co-designer credit on everything you see her wearing in the von Sternberg films.  It’s difficult to pick a favourite, but I do particularly love the macabre heavily veiled black widow / angel of death look Dietrich wears towards the end in the hospital scene. 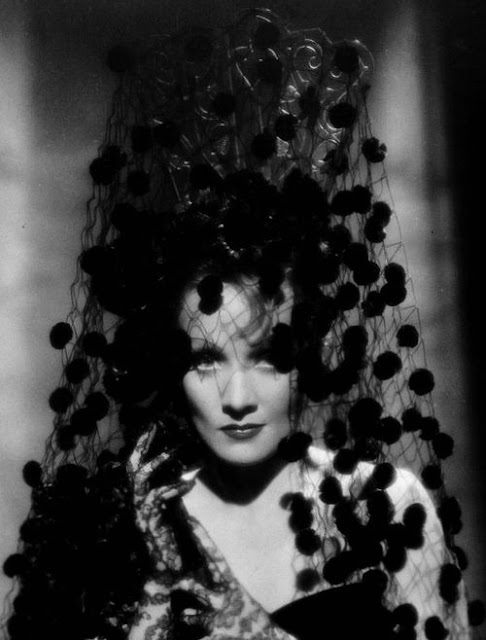 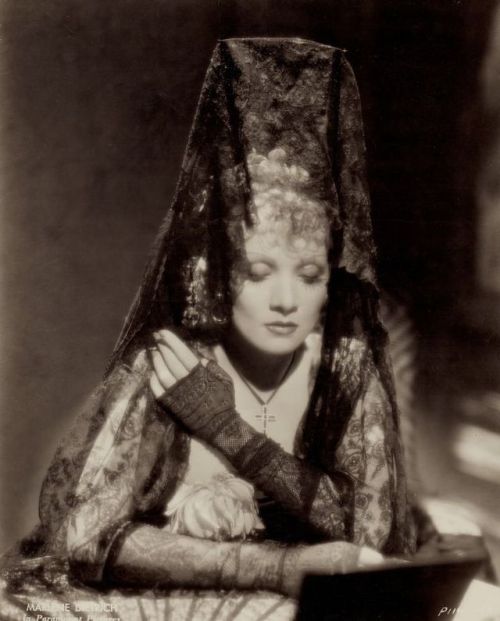 And Dietrich is funny in this as well. She essays the coquettish and manipulative Concha in a haughty, petulant, foot-stomping and nostril-flaring register completely different from the aloof and inscrutable tone of her other performances in the von Sternberg oeuvre. Dietrich is seriously underappreciated as a fine comedic actress: see also Desire (1936), Seven Sinners (1940) and Stage Fright (1950) for further evidence of how funny she could be. 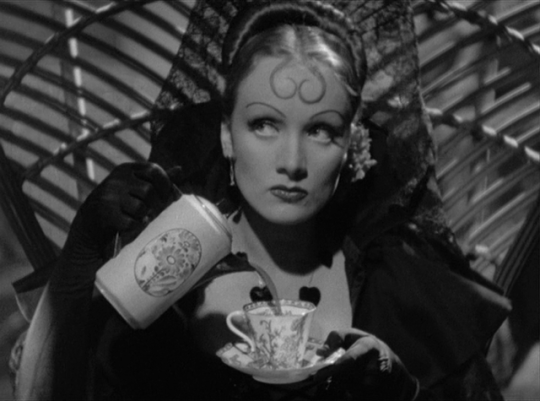 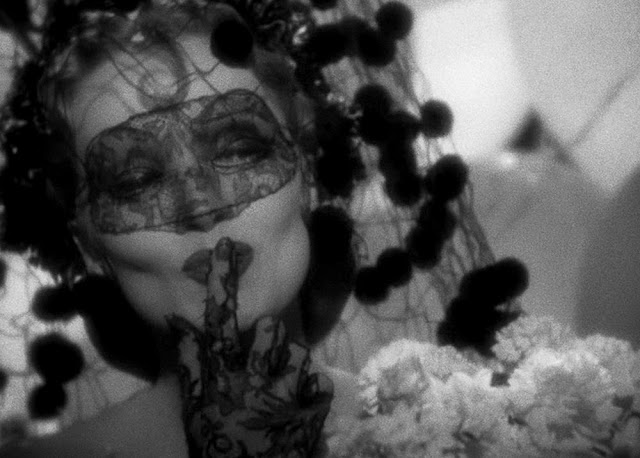 Someone who’s also very pretty in this film is Dietrich’s leading man, the Cuban-American actor Cesar Romero (1907 - 1994). Watch for the sensational bat-shaped mask Romero wears in the carnival scene. Swoon! About thirty years later Romero would memorably play The Joker in the campy 1960s Batman TV series. He refused to shave-off his signature pencil-line mustache for the role, so the make-up artist had to apply thick white foundation to conceal it. The suavely handsome Romero was a “confirmed bachelor” throughout his career and late in life when times were more enlightened, he openly admitted to being gay. He was also a long-term close friend of Joan Crawford (her nickname for him was “Butch”) and he regularly escorted her to nightclubs and film premieres when she was between husbands. 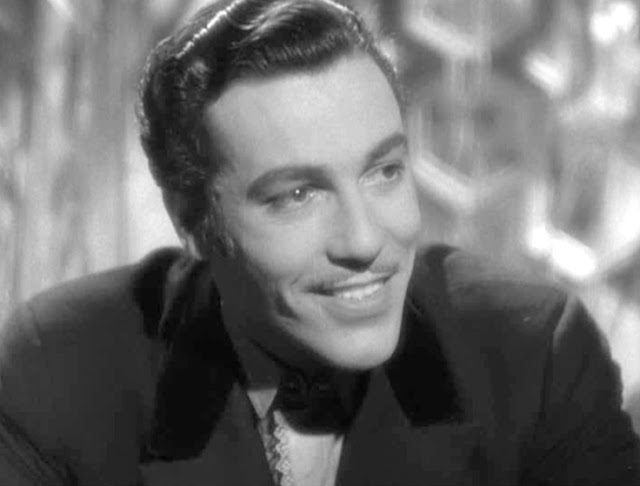 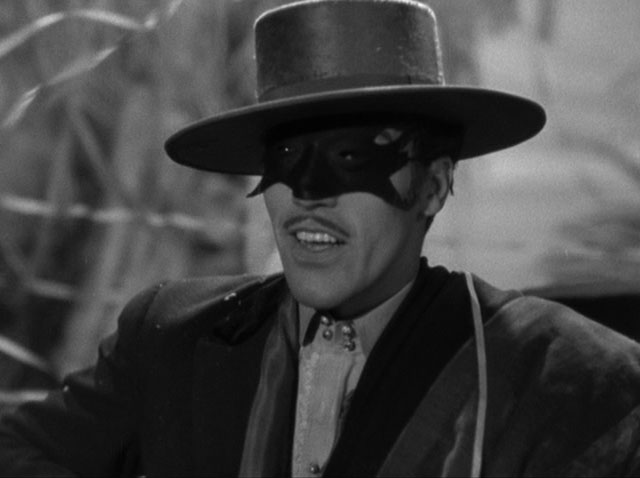 The Devil is a Woman was a very unhappy and difficult production by all accounts, and then it was heavily censored. The original cut von Sternberg presented Paramount with was 93-minutes, but the final cut was only 76-minutes. We’ll never know what was in those lost 17 minutes (imagine if the footage was ever discovered in a vault somewhere! Oh, for a director’s cut!), but we do know a musical number was one of the casualties. Entitled “If It Isn’t Pain (Then It Isn’t Love)”, only the audio recording survives (you can hear it on YouTube).  It feels weird that – considering Concha is a nightclub singer – we only get to see Dietrich sing once (and the sole musical sequence “Three Sweethearts Have I” is relatively underwhelming in the von Sternberg - Dietrich canon). I’d love to know what the staging of “If It Isn’t Pain” was going to be! 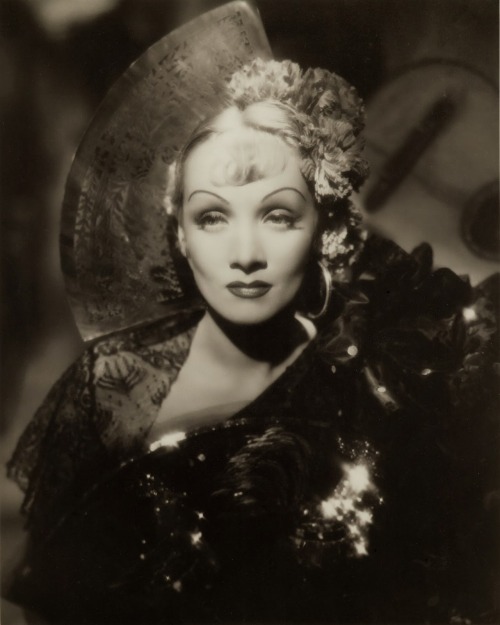 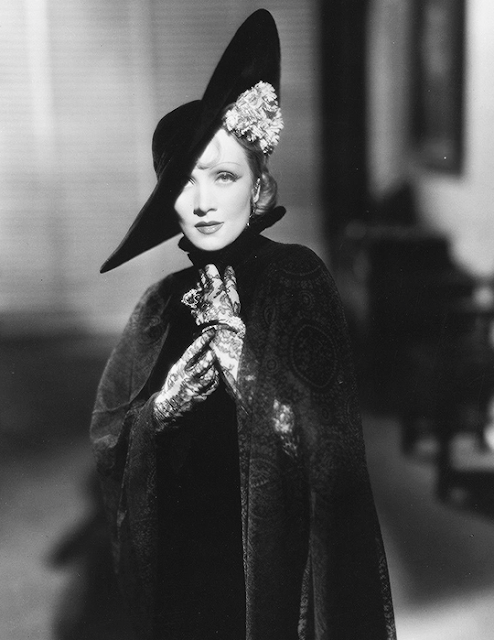 To considerably complicate thing further, the Spanish government was so enraged by the depiction of the country in  The Devil is a Woman (the Spanish War Minister called the film “an insult to Spain and the Spaniards”) they demanded Paramount studios remove the film from circulation, otherwise all Paramount films would be banned from Spain. And Paramount consented! The “master print” was destroyed and the film was considered “lost” and went unseen for many years. Thankfully, both von Sternberg and Dietrich had kept their own personal copies of the film and it resurfaced in 1959 when von Sternberg began being honoured with career retrospectives. 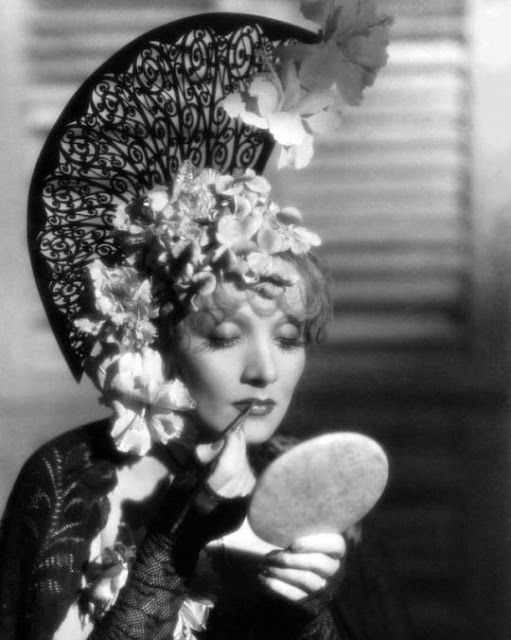 Devil was a critical and commercial flop in 1935 and von Sternberg’s career never recovered (he would never again enjoy full creative autonomy over his subsequent films. Of his post-Dietrich efforts, I highly recommend The Shanghai Gesture (1941) and Macao (1952)). All these decades later, The Devil is a Woman remains a deeply strange, deliberately artificial and disorienting art movie. Von Sternberg offers no “moral centre” or guidance on how you’re meant to feel about the characters or the action (and none of the characters are remotely “sympathetic” by conventional standards). What’s it all about – and what is the significance of that ending? Prepare to be dazzled and dumbfounded! 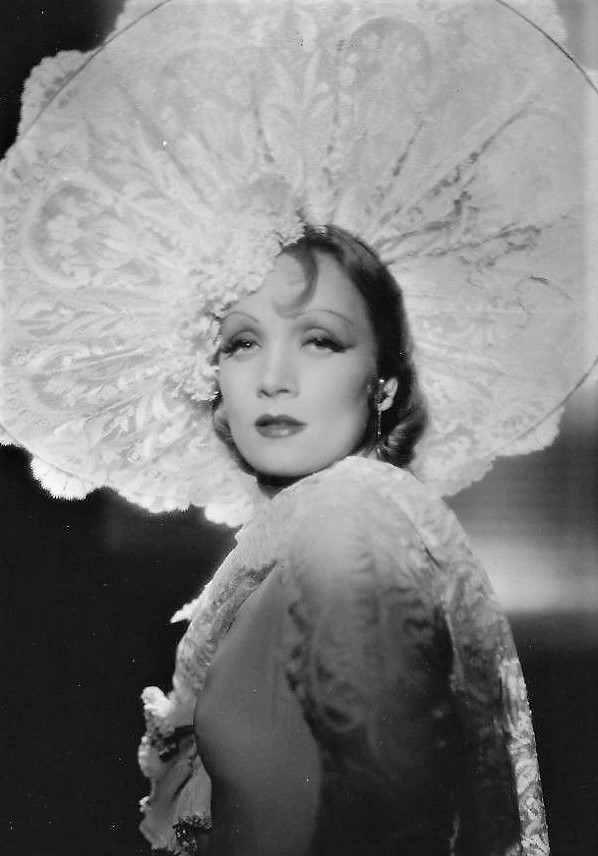 Details on the September 2019 film club 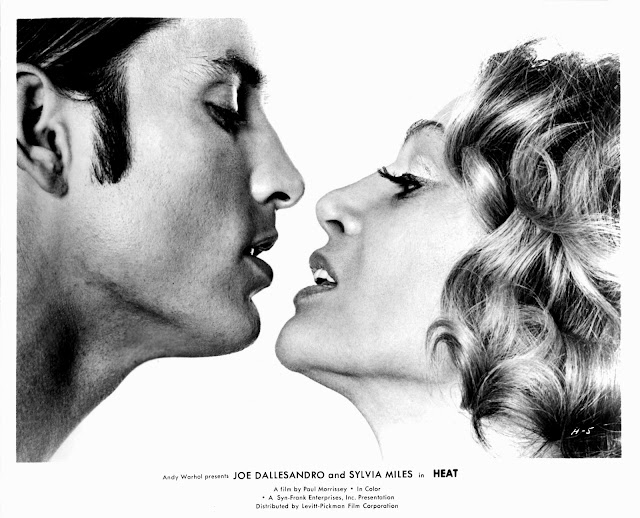 Together the inspired trio of pop art visionary Andy Warhol, director Paul Morrissey and leading man / homoerotic beefcake icon Joe Dallesandro collaborated on three notorious underground films. Cinema’s Sultan of Sleaze John Waters has hailed Flesh (1968), Trash (1970) and Heat (1972) as “the trilogy that changed the rules of male nudity in modern-day cinema both underground and in Hollywood.” While all three movies are gritty, sordid classics of style and substance, I’d argue that Heat (the final and most polished of their efforts) is the most entertaining – and it’s this month’s Lobotomy Room film club selection! Wednesday 18 September!
A freaky and twisted black comedy, Heat is a loose remake of Sunset Boulevard (1950) set amidst the desperate low-rent fringes of Hollywood’s underbelly. Dallesandro stars as a coldly calculating wannabe actor and hustler who finds himself caught between an aging washed-up actress (the magnificent Sylvia Miles – who died this June aged 94) and her mentally unstable daughter (doomed Warhol Superstar Andrea Feldman). Trust me - you’ve never seen anything quite like Heat! If you enjoy the squalid early “gutter films” of John Waters, Heat is a must-see!Lobotomy Room Goes to the Movies is the FREE monthly film club downstairs at Fontaine’s bar (Dalston’s most unique nite spot!) devoted to Bad Movies We Love, specializing in the kitsch, the cult and the queer! Doors to the basement Bamboo Lounge open at 8 pm. Film starts at 8:30 pm. We can accommodate thirty people maximum on film nights. Remember: the film is free so you can buy more cocktails! (One drink minimum). Event page. 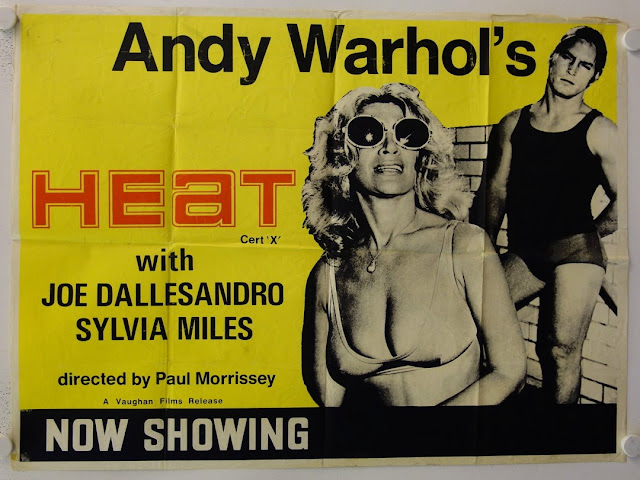