Warhol superstar Nico (16 October 1938 - 18 July 1988) - the ultimate wraith-cheekboned, crypt-voiced, chain-smoking, heroin-ravaged chanteuse and the Marlene Dietrich of punk - died on this day in 1988. 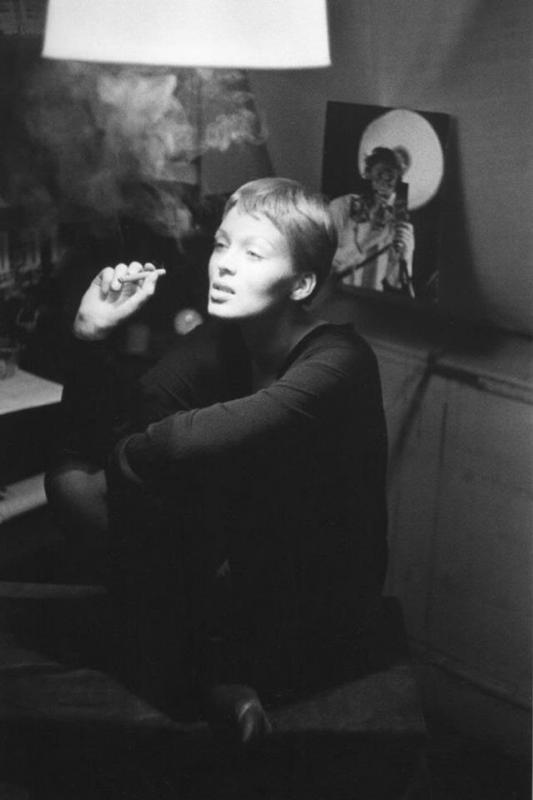 A nice way to remember her: These two moody and dramatic portraits of androgynous crop-haired 18-year old beatnik Nico in her fashion modeling days in Paris in 1956. 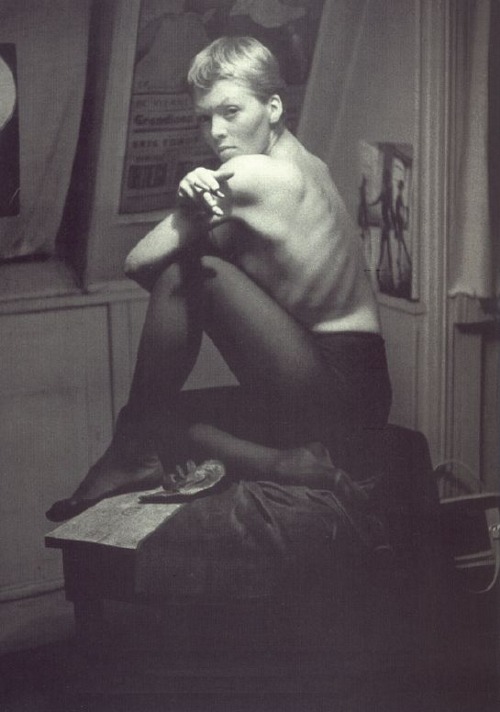 Below: a much later shot of the angel-of-death diva in the 1980s. (The cigarette was ever-present, spanning decades). 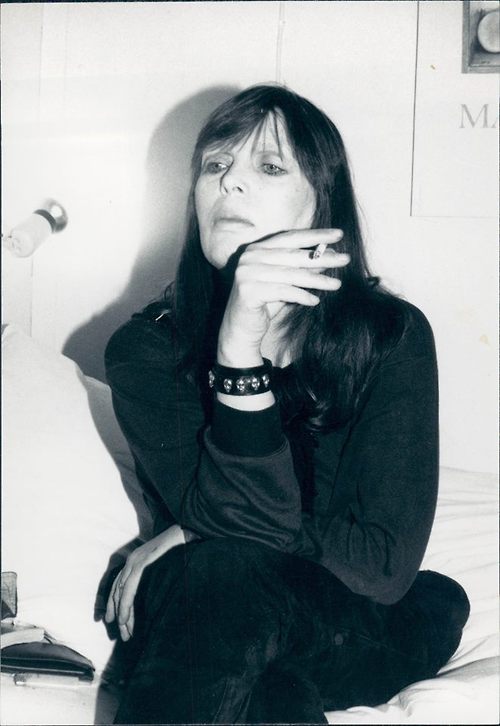 Note the skull-studded black leather wristband she's wearing here - one of her punk-y sartorial trademarks in the 1980s. I wonder who has it now, or if she was cremated wearing it? And did anyone ever smoke a cigarette with such bleak conviction? I've blogged about Nico many times: her contemporary Marianne Faithfull reflects on Nico here; the historic encounter When John Waters Met Nico; Nico’s 1960s modelling days; how the old jazz standard "My Funny Valentine" (and heroin) connects Nico with Chet Baker; and finally, When Patti Smith Met Nico.
Posted by bitter69uk at 13:17 No comments: