I’m blowing this gosh forsaken heckhole (to paraphrase Marge Simpson) tomorrow to go to Canada (depart 23 August, arrive back on 2 September. Am sure I’ll be kissing the tarmac at Heathrow airport when I get back. Visiting Canada once a year is great, but I miss London while am there). I pretty much go annually, usually around the beginning of September as soon as peak travel season is over and the prices return to normal. This year I nabbed a decent affordable-ish flight for August, so am hoping the weather will be good and I’ll be going to the beach every day (my mother’s house in rural Quebec is walking distance from the beach).

Don’t suppose anyone has urgent tips on breaking the news to your mother you now have big tattoos on your arms? I’ve not mentioned it in advance and think just taking off my jacket and waiting for her to notice isn’t the right approach! Most of you probably don’t realize quite how rural / square my background is (the reason I hot footed it to London in the early 90s in the first place). Am just hoping it won't be a big emotional scene! I’m intending to take the “I waited until I was 41” angle. Wish me luck.

In the meantime, please watch this brief clip for a snapshot of Canadian culture and politics, and reflect on this woman’s wise words about bilingualism. 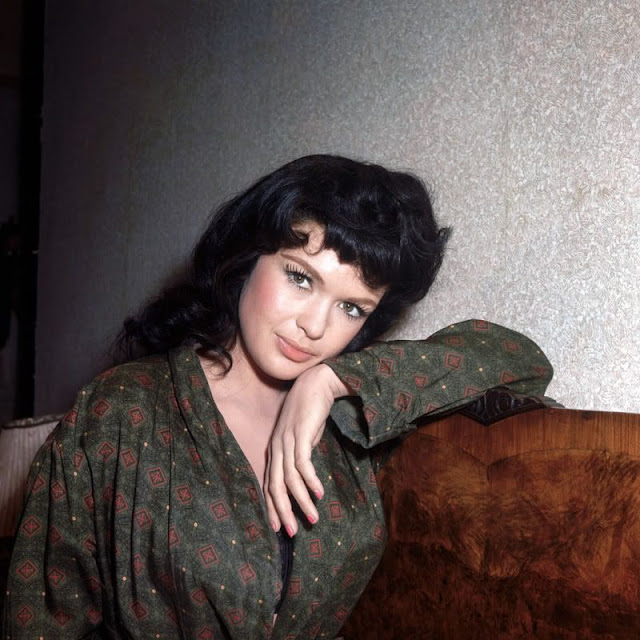 Rare glimpse of Jayne Mansfield as a brunette (her natural colour. Great line in the film Kiss Them For Me: Cary Grant compliments Jayne on her beautiful hair, and she coos, "Thank you. It's all natural. Except for the colour.")

On this occasion we were back at The Paradise in Kensal Green for an intimate and private Dr Sketchy as part of a woman’s hen party. (I’ve been living in the UK for almost twenty years now, but I seem to recall in North America these are called bachelorette parties: a party organised for a woman getting married and her female friends).

It may have been a small-scale Dr Sketchy, but the bride-to-be lucked-out, because it was quite star-studded, featuring the urbane Dusty Limits as emcee (he was splitting to perform at The Edinburgh Festival the next day) and for the models, pulchritude of both the male and female variety (burlesque elite Hooray Henry Higgins and Sophia St Villier respectively, both seasoned Dr Sketchy veterans). (Speaking of male pulchritude, I noted that The Paradise has a strapping, lanky broad-shouldered new bartender: Sonic Youth t-shirt, black nail polish on one hand like early 1970s Lou Reed circa Transformer, punk-y safety pin in his ear. Sigh. But if I’ve learned anything in 2011, it’s to stay the fuck away from the bar staff where I DJ).

Anyway, it shaped up to be a fun time: the girls in the hen party were rowdy, good-natured and up for a laugh. The bride-to-be won a pair of nipple tassels at the end of the afternoon and was happy to model (and twirl!) them for us. And the performers were great. For the second part of the afternoon Sophia St Villier was to perform her big burlesque number, then pose. I’d cued some typically sleazy Las Vegas Grind-type titty shakers to play while Sophia posed, but promptly re-considered when I saw her startling outfit: jet black sequinned nipple tassels and thong, black feathered headdress and – the pièce de résistance -- a sensational, kinky black lace mask across her eyes. The contrast of the black lingerie against her pale complexion and Rita Hayworth-red hair was stunning. As Dusty Limits suggested, “She looks very True Blood!” Imagine a 1950s burlesque pin-up / vampire priestess hybrid. So instead I played some macabre and mondo mood-y stuff, like Freddie & The Hitchiker’s unearthly “Sinners” (with its eerie screaming theremin) and spine-tingling instrumentals (“Black Tarantula” by Jody Reynolds, "The Rat" by The Ventures). The cluster of male-female duets towards the end (literally climaxing with the Bardot-Gainsbourg version of "Je t'aime ...") was for while Sophia and Henry modelled together. I also cranked up the raunch factor (and lowered the tone) by playing “Ice Man” by Filthy McNasty and “The Pussy Cat Song” by Connie Vannett (the latter personally requested by Dusty) – the two filthiest single entendre novelty songs I own.

In an ideal world, when I look out from the DJ booth, this is what I'd see ...

How life-affirming is that? "Jaan Pehechan Ho" by Mohammed Rafi: 1965 Bollywood heaven. The surf guitar sound on that slays me. And doesn't the masked singer with the black pompadour and sleazy little moustache look a bit like an Indian version of El Vez? 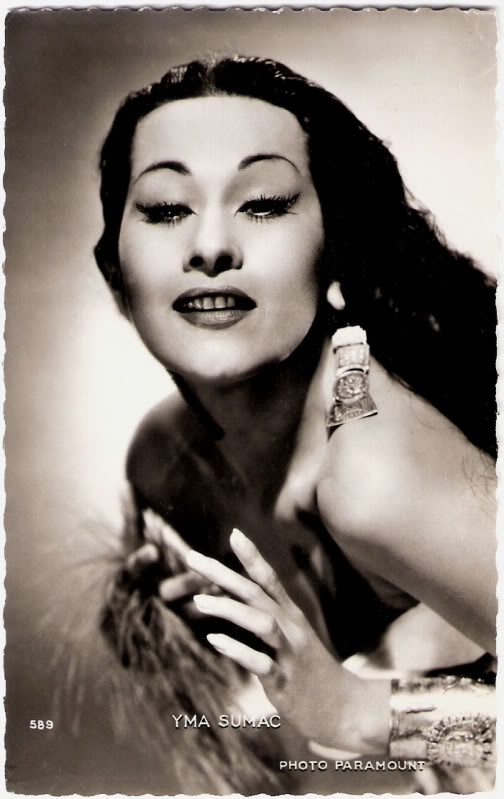 After some turbulent recent Dr Sketchy’s at The Royal Vauxhall where I was overwhelmed with technical glitches (fuses blowing, malfunctioning CDs), was reassuring to have a laid-back Saturday afternoon Dr Sketchy at The Old Queen’s Head where everything just went smoothly. It also helped that the audience was buzzing and up for it, and ace stage manager-ess Trixi Tassels kept me topped up with beer all afternoon!

Making her debut as a Dr Sketchy emcee was the brilliant comedienne and performance artist Claire Benjamin (in character as “Freuda Kahlo” (sic), complete with hirsute mono-brow, hint of a moustache and broad comedy “Spanglish” accent). At one point I had to introduce Freuda onto the stage – the first time I’ve ever spoken into the microphone at a Dr Sketchy. Amazing how nervous it made me! I had to write down word for word my introduction, and then mentally rehearse it in my head! (Bear in mind all I was saying was something along the lines of, “Ladies and gentlemen, please welcome to the stage your hostess ...”). So now I’m also technically a performer / actor. It’s gone straight to my head and I’m well on my way to becoming a temperamental artiste. Next time I’ll demand to know what my “motivation” is.

The model / performer for the day was Tempest Rose, who exuded such impeccable old-school glamour and poise I toned down the usual raunch and aimed for something a bit more elegant music-wise while she posed. Inspired by Claire’s Freuda Kahlo persona, I also went heavy on the Latin exotica like mambo and bossa nova (For her big finale, Freuda donned some plastic fruit on her head and sang Carmen Miranda’s "I, Yi, Yi, Yi, Yi (I Like You Very Much)").

/ Who says smoking isn't sexy? The dreamy pairing of James Dean and Sal Mineo in Nicholas Ray's Rebel without a Cause (1955). Photo shamelessly stolen from the ever-wondrous A Queens' queen blog /

It’s always a blast to guest DJ at Cockabilly (London’s only queer rockabilly night!) at the reliably louche George and Dragon in Shoreditch. (The other guest DJ was the awe-inspiring Beyondadoubt, Beth Ditto’s tour DJ). 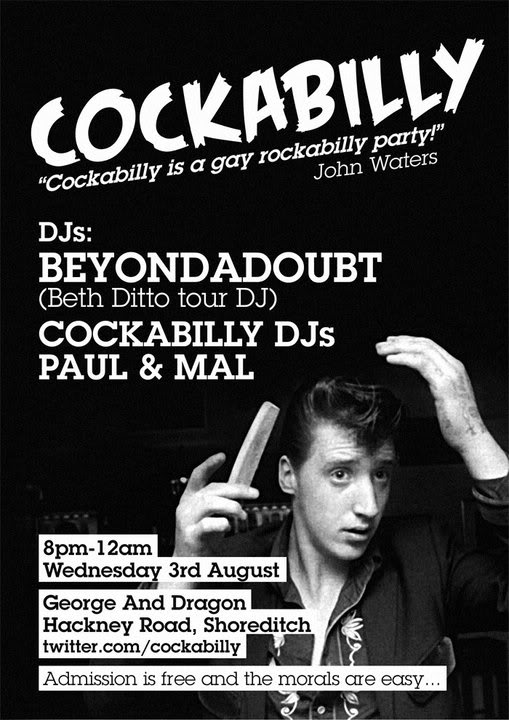 It was an incredibly hot night, so I was drenched in sweat (my hair was soaking wet!) and pounding back lager for my entire hour-long set. I managed to incorporate frantic hillbilly, sleazy instrumentals, female-fronted rockabilly (Wanda Jackson, Sparkle Moore, Janis Martin, Shirley Cadell), punk (X, The Sex Pistols) and even a tribute to the late Amy Winehouse (Wanda Jackson’s great cover of “You Know I’m No Good”). My only regret is I didn’t crank the volume up even LOUDER: when Beyondabout came on right after me, she blasted everyone’s faces off with her soul 45’s! Ah, well – lesson learned. It was a great night and well worth the following day’s agonising hangover. (That final pint at The Joiners Arms with Marc and the two Alexes afterwards might have been ill-advised -- fun, though) 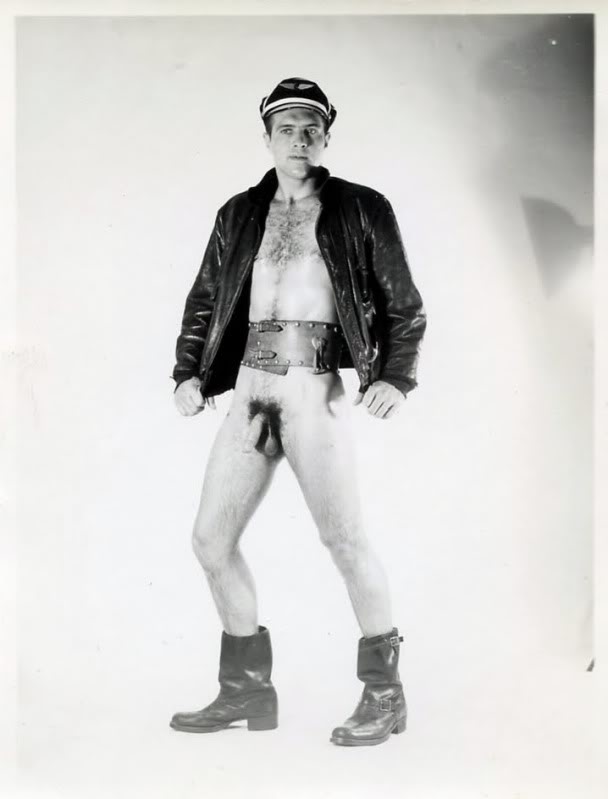 1950s cowboy demonstrates how to wash jeans. Not sure he gives them sufficient time to dry, though.