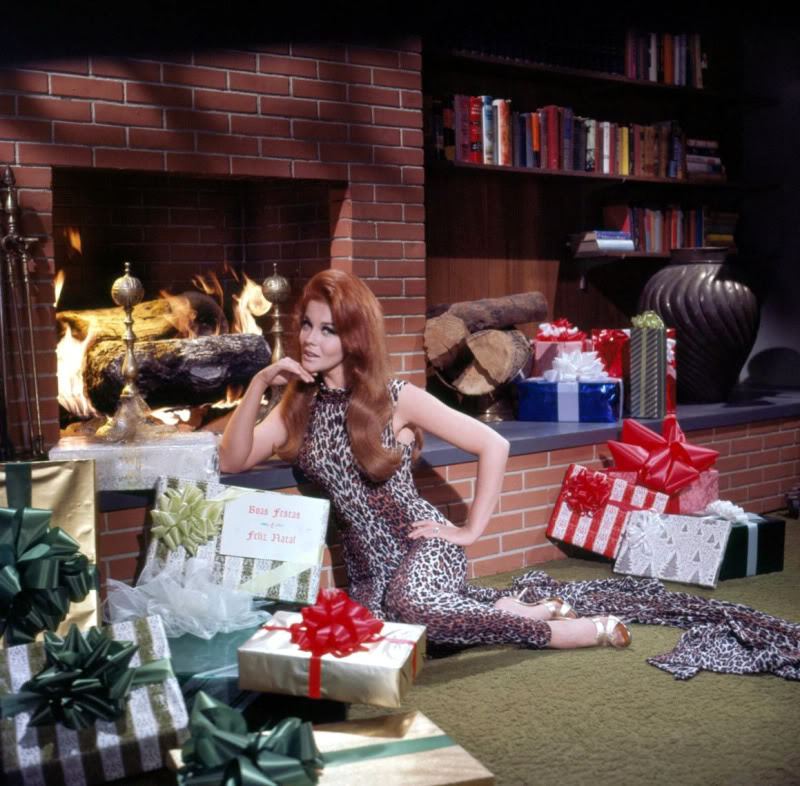 / Because nothing says "Christmas" like Ann-Margret in a leopard skin catsuit ... /

Another night of Christmas-a-go-go! Much as I love it, by now even I am sick of Christmas music! Obviously on Christmas day I’ll be playing some 1950s Christmas lounge and jazz music while pounding back glasses of snowballs and mulled wine – but after that my Christmas compilations are being put on mothballs for twelve months.

This night Dr Sketchy was at probably my favourite of all our venues: the Royal Vauxhall Tavern. It’s long been the home of London’s most cutting edge alternative cabaret club nights (living up to its reputation as a historic music hall venue), and (gratifyingly for a DJ) its sound system is thunderously loud. The RVT was decorated with beautiful Christmas decorations (including big plaster cherubs), with moody atmospheric night club lighting and candles glowing on the tables: think festive but Weimar Republic decadent, as if the seedy nightclub in Josef von Sternberg’s The Blue Angel(1930) was decorated for Christmas. In other words, the perfect locale for Dr Sketchy at Christmas! So I was annoyed when suddenly the houselights were cranked up again just when people were starting to filter in. There also seemed to be a commotion outside, with RVT staff rushing in and out, but I was busy DJ’ing and oblivious. Finally one of the bartenders came over and explained why they’d turned up the lights: there was a bomb scare outside; the surrounding area was taped off while it was being investigated. That’s the kind of news that really jangles your nerves, but we carried on in the British blitz spirit and hoped that we wouldn’t have to cancel, and that people would be able to arrive safely. Mercifully the bomb scare was a false alarm, and the place gradually filled up. We just had to push back the start time from 8:00 pm to 8.30 pm to accommodate late comers.

We had two models: Platinum blonde burlesque starlet Slinky Sparkles (a Dr Sketchy veteran) performed an adorable Christmas-themed striptease number giving new meaning to the concept of “Christmas stocking”. We also had a sinewy male model, Beau Black. The RVT is primarily a LGBT venue, and our shows there tend to get a little raunchier than normal, sometimes featuring full male nudity. At the end of night for the final sketch the two models plus suave emcee Dusty Limits and a member of the audience recreated a kinky, non-traditional (sacrilegious?) nativity scene onstage – for which Beau posed stark naked except for a Santa hat, while I played Wayne Newton belting out “Jingle Bell Rock!” My kind of Christmas!

Doing two sets now of Christmas tunes this month (see my playlist from 6 December 2010) made me realise how many endless versions of “Baby, It’s Cold Outside” and “I’ve Got My Love to Keep Me Warm” I’ve played. Great songs that open themselves to infinite interpretations, but considering the lyrics of neither ever make reference to Christmas, it’s funny how they have been embraced as Christmas standards. (For the record, Julie London’s sloooowed down version of “I’ve Got My Love ...” is the sultriest of all time).

As of the next Dr Sketchy on 8 January 2011, normal musical service will be resumed. In the meantime ... Merry Christmas! 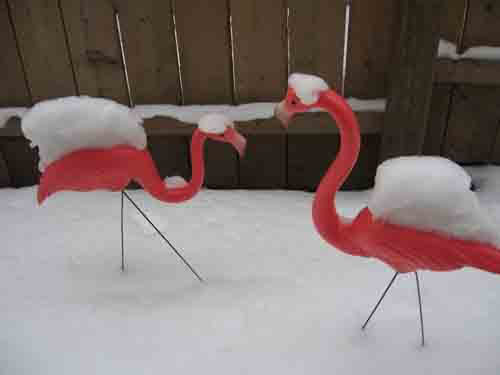 Keep up to date with upcoming Dr Sketchy's in the new year here
Posted by bitter69uk at 12:21 No comments: 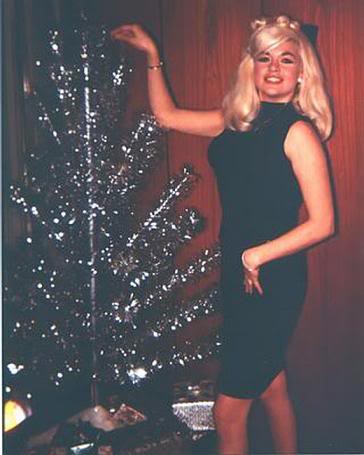 / Wishing you a Jayne Mansfield Christmas ... /

For the first of our two Christmas extravaganzas this month (this one was at The Paradise in Kensal Green), Dr Sketchy’s glamorous promoter and stage manager Clare Marie emerged from behind the scenes to emcee the night herself. Marianne Cheesecake (who’s done three Dr Sketchy’s in a row and is starting to feel like Dr Sketchy’s burlesque artiste in residence!) charmed the crowd with a great Santa’s little helper routine in green sequins. Considering it was a Christmas spectacular, we spiced things up with a grand total of four beautiful models: Marianne Cheesecake, Ruka, Violetta and Ellie.

Later on there was high drama when a woman in the audience accidentally set her hair on fire! She was leaning back to get a good photo of the performers onstage and leaned right back into the candle on the table behind her! I was DJ’ing and distracted, when I heard a woman scream, there was a puff of smoke and suddenly the air was filled with the stench of scorched hair. What was cartoon-like was the people surrounding her spotted her hair was on fire before she did and started screaming. She was initially oblivious. Horrifying, but mercifully she wasn’t hurt or even lost much hair! Also luckily it happened toward the end of the night. Once we realized she was OK we tried to get on with the rest of the show and pretend nothing had happened, but it was hard to ignore the smell of singed hair. She even said, "I feel like Michael Jackson!" She also said she was wearing lots of hairspray -- it could have been much worse. It was a very John Waters moment, actually! So please remember the hazards of combining long hair and candles this Christmas season, ladies.

Our next Christmas Dr Sketchy will be at the Royal Vauxhall Tavern on 22 December – I’ll inevitably play the same tracks, but in a different order!

"I hate you, I hate this house and I hate Christmas!" 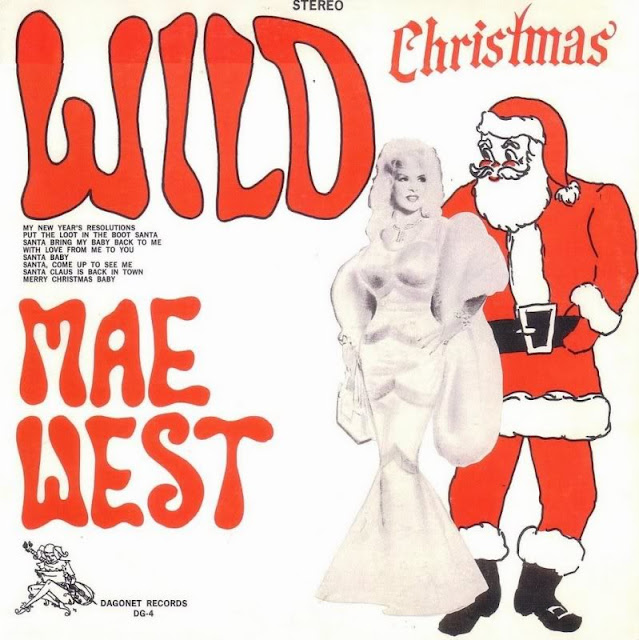 Stay up to date with Dr Sketchy here
Posted by bitter69uk at 07:16 No comments: