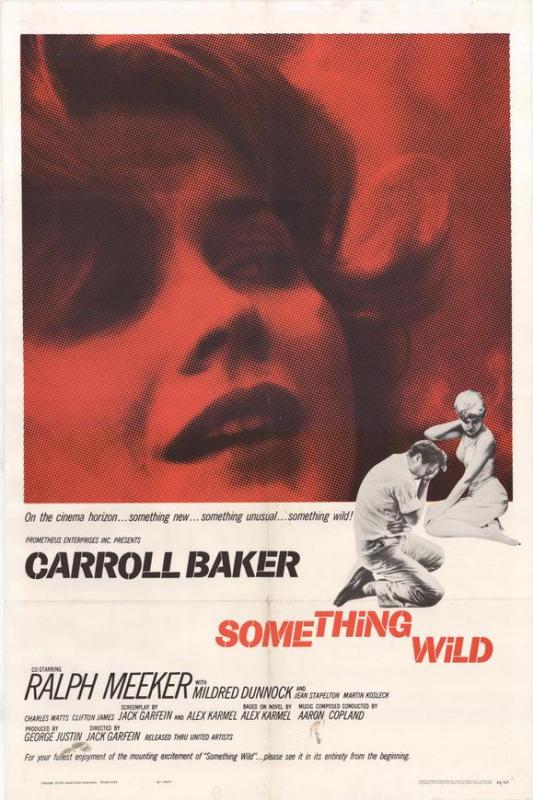 This is what I wrote for Beige magazine in October:

Sure, much of the then-radically naturalistic Method approach looks pretty twitchy and mannered today (the scratch-your-crotch and mumble clichés started for a reason), but the season features some genuinely interesting titles starring the Method’s most notable exemplars: Montgomery Clift, Marilyn Monroe and of course the Method made flesh, Marlon Brando (at the height of his virile beefcake beauty in On The Waterfront).

Particularly intriguing is the arty and obscure sexploitation vehicle Something Wild (1961). Starring pouty and perverse Carroll Baker (of Baby Doll notoriety, which is also screening) it’s virtually never revived so seize this rare opportunity to see this curiosity. Cinema’s kitsch king John Waters has raved about Something Wild as camp-meets-“failed art movie” hybrid and likens Baker in it to Ann-Margret in Kitten with a Whip as “When a Sexpot Emotes.” What more incentive do you need?

Obviously I made a point of seeing Something Wild (1961) at The British Film Institute on 27 November and it was indeed wild and a real experience! I’d never seen this rarely-revived and obscure psychological drama before but had always been curious about it.

I was expecting something a bit more sexploitation-y, kitsch and Kitten with a Whip. Having now seen Something Wild, I eat the words I wrote above! In fact it was relentlessly bleak, dark and very much an uncompromising somber European art film that just happened to be in English and filmed in New York. It stars luscious blonde Carroll Baker in what must surely be her career-best performance. The film both looks and sounds incredible. The dissonant jazz soundtrack is by Aaron Copeland. The film’s stark noir-ish black and white look is via cinematographer Eugen Schüfftan. Something Wild was apparently his last film. He’d begun his career working in German silent cinema under Fritz Lang in the 1920s and he invests that knowledge of German Expressionism to Something Wild, which frequently unfolds like a dream (or a nightmare). In 1960 Schüfftan had worked on the eerie French horror film Les yeux sans visage – he brings a similar sense of menace and dread to Something Wild. 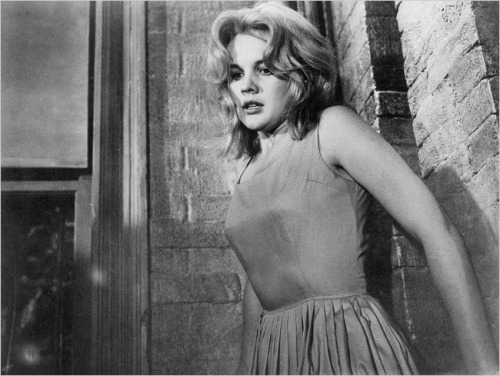 Amazingly, the director Jack Garfein (now 85) was in attendance to introduce the film onstage. He said it took him fifty years to make sense of why he made Something Wild. As a child he was imprisoned in Auschwitz. The film was his cri de coeur and attempt to come to terms with those memories. Something Wild was a mega-flop when it came out, baffled critics and public alike (as Don L Stradley put it, “critics reacted to it as if they’d sat in something slimy”) and was swiftly buried by the studio. As a result, Garfein (who was married to Baker at the time – it was an intensely personal project for them both) was never entrusted to make another film again! I'm careful not to give too much away: the film concerns a girl who gets raped and psychologically unravels – very much anticipating Roman Polanski’s Repulsion (1965). The ending is genuinely strange and divisive. It may be over fifty years old, but Something Wild hasn't lost its ability to disturb. 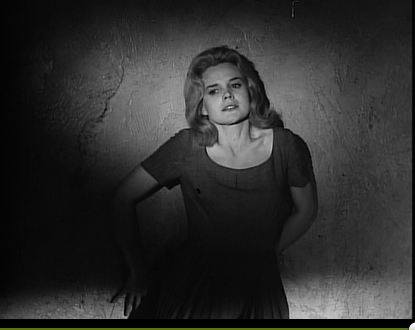 Further reading:  Read Kim Morgan's analysis of Something Wild here
Posted by bitter69uk at 12:08 No comments: