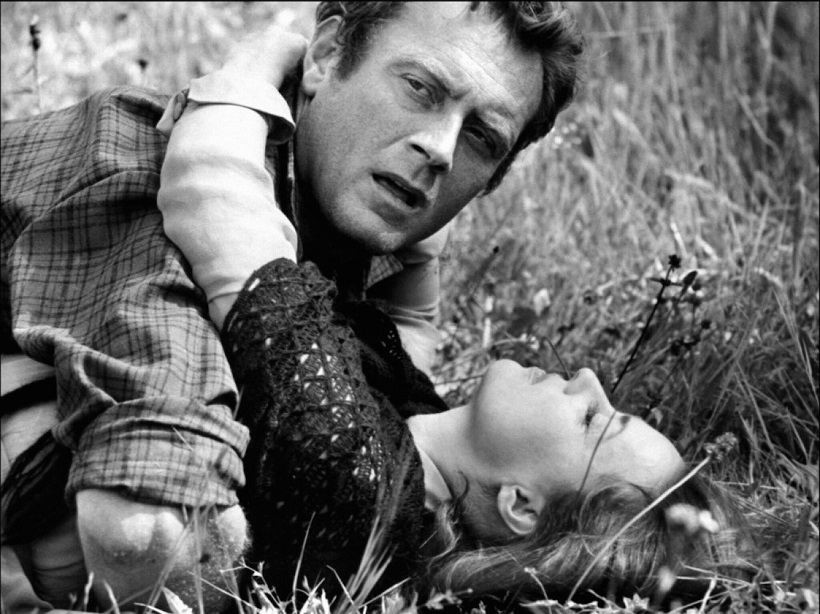 “Mademoiselle (1968, Tony Richardson). The wildest screenplay I can remember written by none other than Saint Jean Genet himself. In a remote French farming village lives a frustrated school mistress (Jeanne Moreau) whose suppressed sexual desires explode into secret wanton acts of violence. She delights in smashing birds’ nests, poisoning the farm animals’ drinking water, drowning pigs and setting fire to her neighbor’s houses, all in the name of sexual gratification. But the village blames the new stud in town for all her mayhem, so Jeanne springs into action. She lures him into a field and, in what is easily the most startling scene in the film, seduces him by crawling on all fours like a dog and licking his hands and boots. That accomplished, Jeanne immediately cries rape and the villagers stone him to death. A heroine only Jean Genet could create in this midnight movie way before its time.”

From John Waters’ book Crackpot: The Obsessions of John Waters (1983). 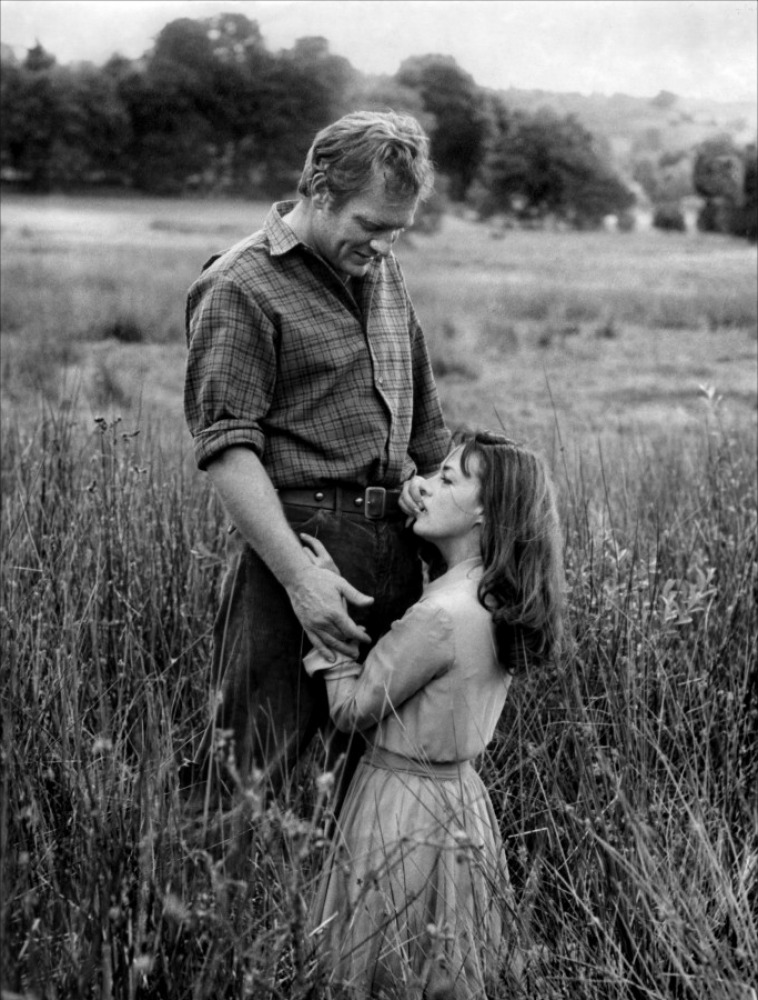 I would have read Waters’ intriguing description of Mademoiselle when I was still in my teens but only just now got around to watching it. (When Jeanne Moreau – one of the essential faces of mid-century European art cinema - died last year, I added loads of her films to my Cinema Paradiso wish list). Mademoiselle is less lurid and sensational than Waters makes it sound – it’s actually a punishingly austere and slow-moving, bleak art movie. But boy, it’s still genuinely bizarre and disturbing! (Especially the images of animals in torment. Apparently, the audience booed at Mademoiselle’s Cannes premiere in '68. I can kind of understand why!).  Genet’s script explores his recurring preoccupations: the nature of evil, sadomasochism, violence, Catholic hypocrisy. The school teacher’s thwarted erotic obsession with the Italian lumberjack finds a twisted expression in acts of deliberate destruction: sexual and emotional repression unleashes evil. Interestingly, Genet wrote the script with Anouk Aimee in mind.  Much as I love Aimee, who else but Moreau – with her hints of perversity and eerily aloof self-possession - could essay a role like this? I love her secret Mona Lisa-like half-smirk as she surveys the chaos and flames she’s created. (In real life, Mademoiselle’s director Tony Richardson was then married to Vanessa Redgrave but would abandon her to be with Moreau). Richardson wanted Marlon Brando for the male lead but thank god it went instead to the insanely rugged and handsome Ettore Manni. He’s so sexy you can understand why Moreau goes berserk over him! Mademoiselle was a French-English co-production: the Italian characters speak in Italian with English subtitles while the French peasants are dubbed in English, with British-accents, which feels weird. The film’s message about anti-immigrant prejudice and the scapegoating of minorities certainly feels timely. Fifty years later, time has not mellowed Mademoiselle! 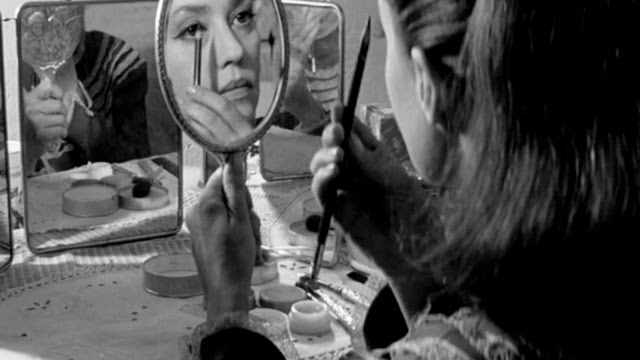 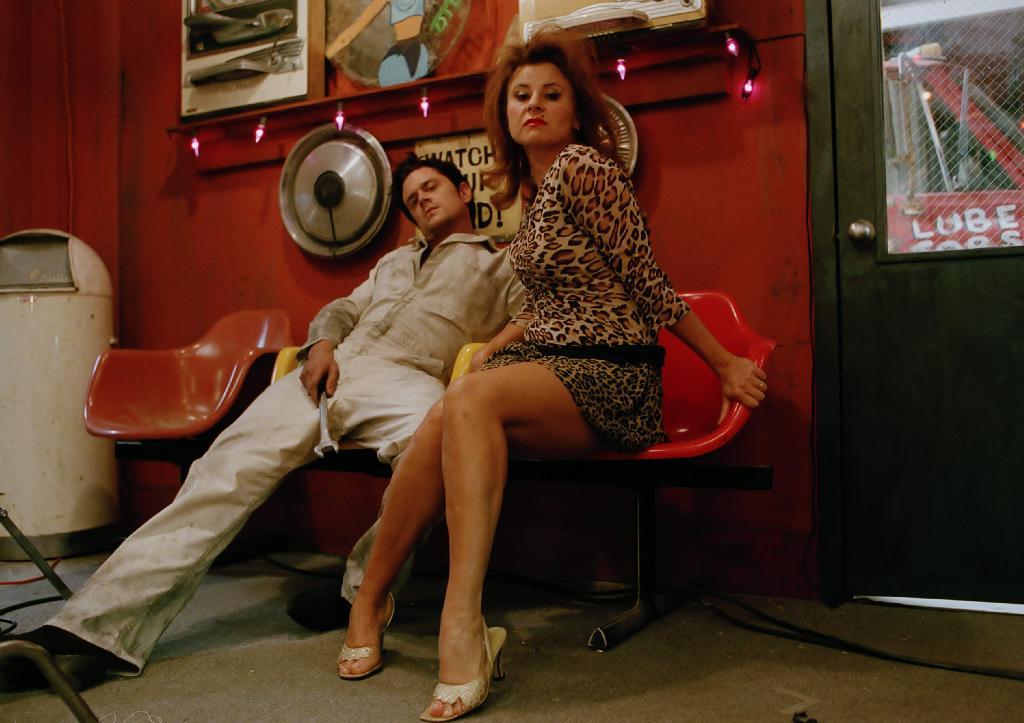 “Her name is Caprice and she has shingles!”


Recently watched: A Dirty Shame (2004) by John Waters. I hadn’t seen it in many years and my boyfriend Pal had never seen it, so I decided to re-visit A Dirty Shame, Prince of Puke John Waters’ last film to date (it bombed so comprehensively no one will finance another film. The budget was $15 million and it earned just $1.9 million at the box office).

I actually first saw A Dirty Shame in its brief UK theatrical release with my friends (and fellow Waters obsessives) Petra and Rob 14 years ago. I’d love to say it’s improved over time! The first thirty or forty minutes feel like a delirious, wildly enjoyable return to Waters’ gleefully trashy and perverse bad-taste prime. Tracey Ullman stars as Sylvia Stickles, a prim and frumpy middle-aged housewife in Baltimore’s suburban Harford Road. Chris Isaak is Vaughn, her sexually-frustrated husband (which stretches the imagination. Can you imagine being married to Chris Isaak and not regularly jumping his bones?). Selma Blair co-stars as their freakishly buxom bad girl go-go dancer daughter Caprice (stripper name: Ursula Udders), currently being held under house arrest after being charged with public indecency for the third time. (Her crimes include nude loitering and nude drunk driving. “I wasn’t drunk!” Caprice protests. “I was on pills!” Had A Dirty Shame been made in the seventies, Caprice would have been portrayed by Cookie Mueller). En route to work at the convenience store, the prudish Sylvia is concussed in a freak accident – and is transformed into a raving, insatiable nymphomaniac. (“My pussy is on fire!”). She joins forces with tow truck driver Ray-Ray (Johnny Knoxville), leader of the local sex addicts, to bring about a sexual revolution on Harford Road. 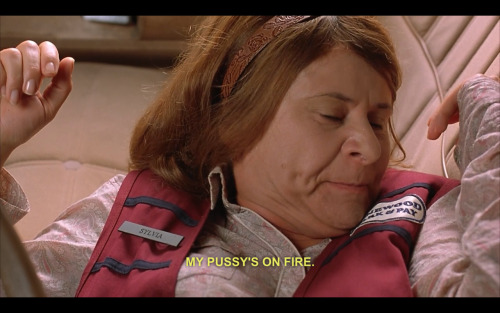 The minuses: Waters had apparently read an article about how victims of head injuries often lose sexual inhibitions afterwards and he built a film around that single premise. So it’s a comedy about brain damage? It’s a one-joke film that rapidly runs out of steam and becomes a chore as it progresses.  The writing and direction fatally slackens, with characters being repeatedly hit on the head and chasing each other back and forth for no particular reason. By the end, it feels frantically, wearyingly and almost offensively unfunny. A Dirty Shame isn’t Waters’ worst film (that’s Cecil B Demented), but let’s hope he gets another chance to direct so that it isn’t his cinematic epitaph. 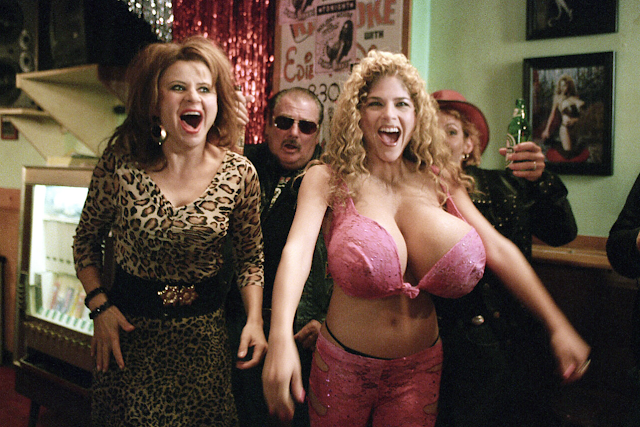 Further reading: read my epic 2010 interview with John Waters here
Posted by bitter69uk at 12:52 No comments: