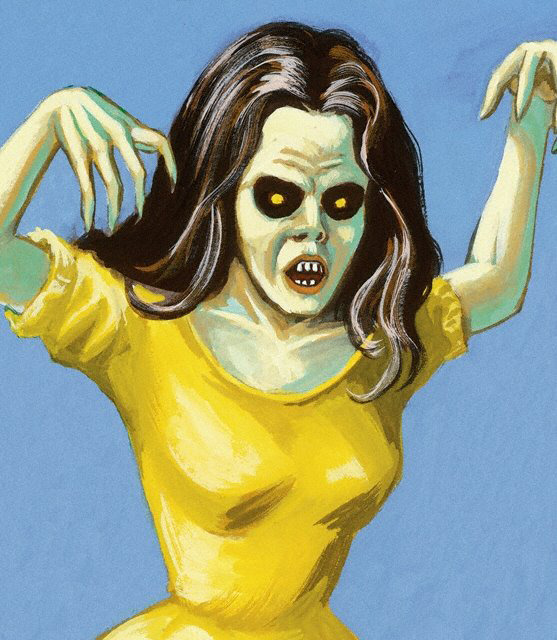 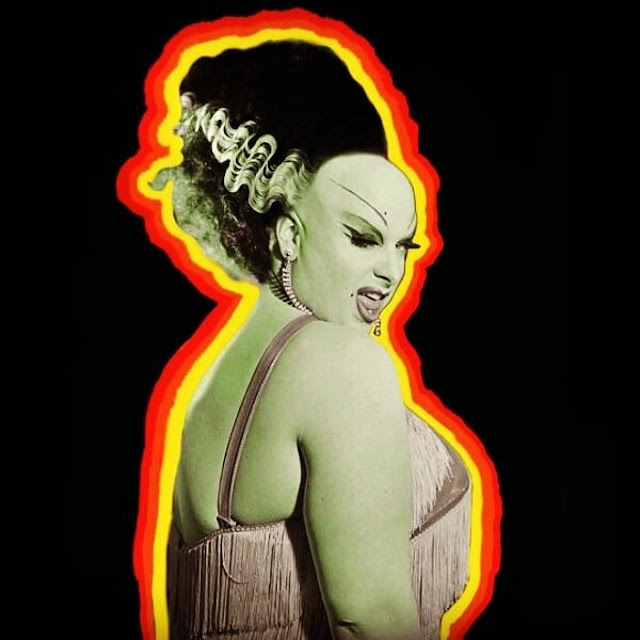 The Halloween Lobotomy Room club at Fontaine’s was insane!  This was by far our biggest Lobotomy Room crowd ever. (“Maximum capacity” for Fontaine's basement Bamboo Lounge is meant to be sixty people. I’m pretty sure we wildly exceeded that at various points!). In fact, both upstairs and downstairs were crammed, and the queues for both bars were about four or five people deep. How did all these new people hear about our event?! And it was hip, gorgeous people. I hope some photos from the night surface! 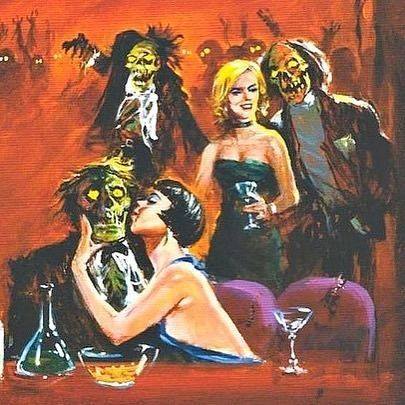 (In fact, I put out an appeal on Facebook and some of the attendees kindly posted some pics from the night. If more photos surface I will add them) 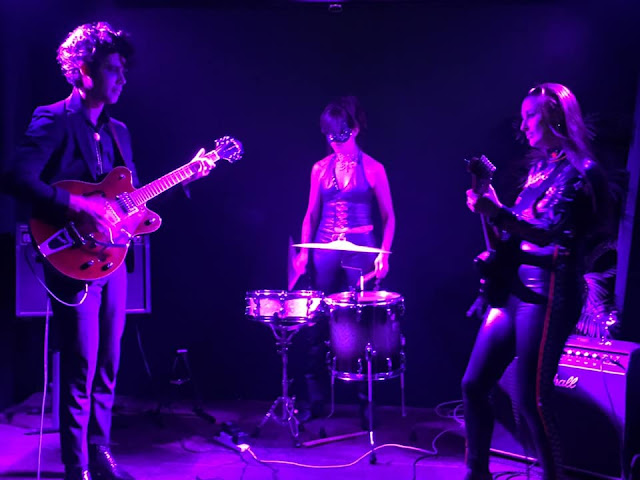 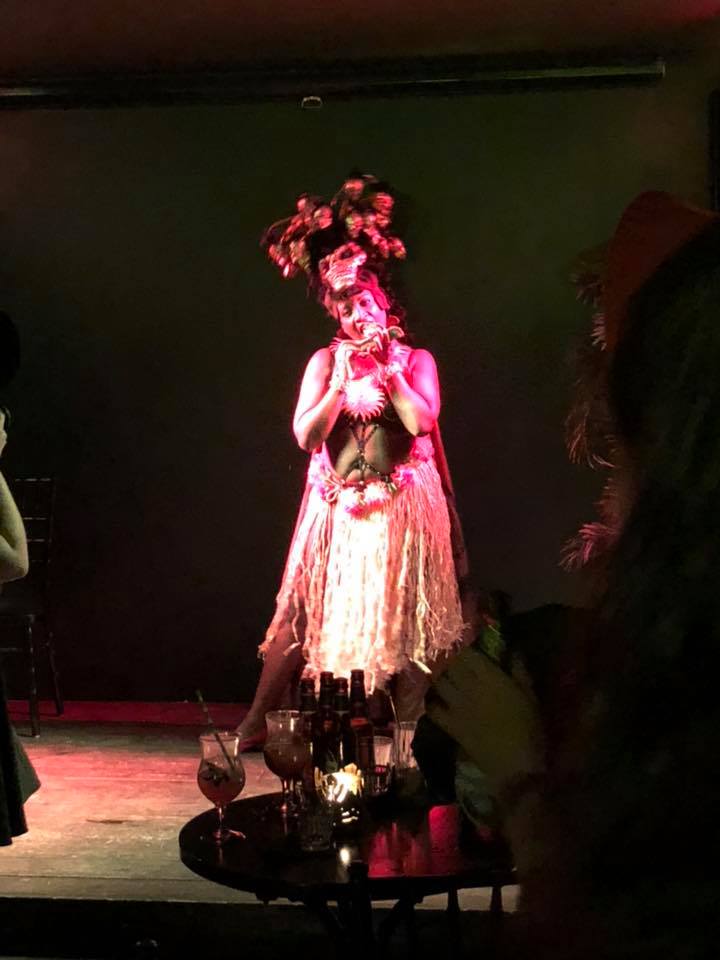 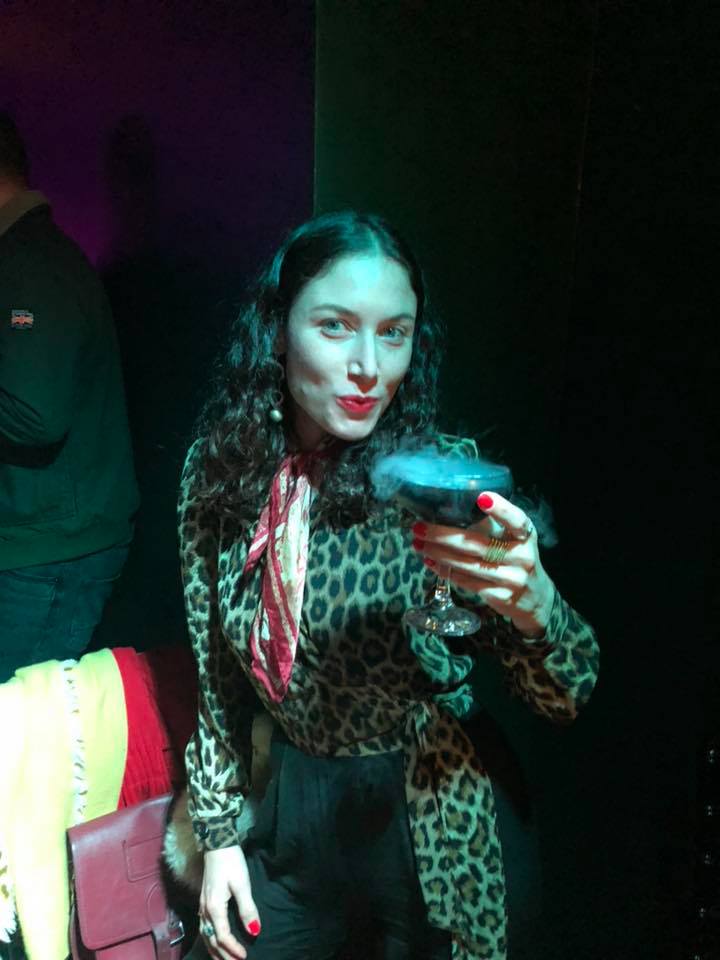 / Glamorous attendee! Photo via Nicky Barron-Orange. Ruby (proprietoress of Fontaine's) really outdid herself with the Halloween-themed cocktail menu this year! / 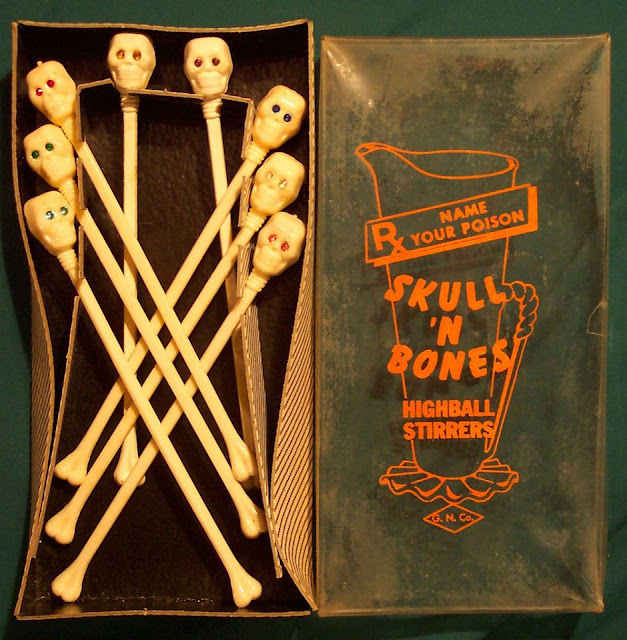 / In an ideal world, we would have had these vintage skull'n'bones highball stirrers! / 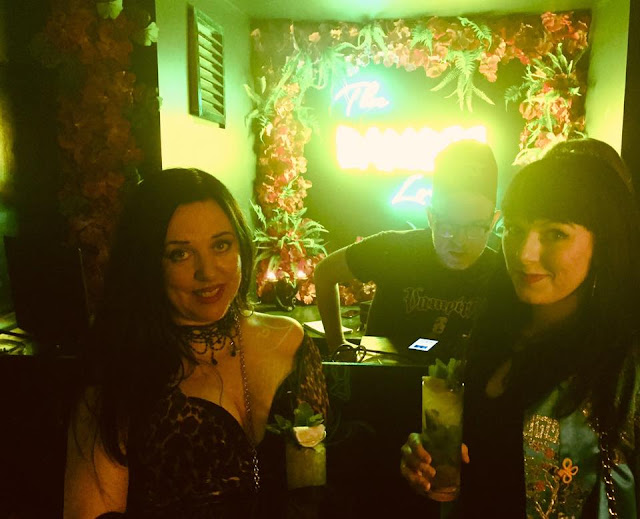 / The sole photo of me all night! With mother and daughter duo Paula and Tara /

I won’t lie: there were some stressful meltdown moments where my blood pressure was pumping! To coordinate the acts, Fontaine’s boss lady Ruby and I were meant to liaise throughout the night, but we were overwhelmed by the crush of people and she was too harassed and busy behind the bar coping with the voracious demand for cocktails. Our first burlesque performer (effervescent Trixie Malicious, who evokes 1950s platinum blonde sex kittens in the tradition of Jayne Mansfield and Mamie Van Doren) had a lighting cue for me: I was meant to kill the stage lights when she made a certain gesture and then she’d switch-on her lit-up bra. But there was such a dense crowd I couldn’t properly see Trixie from the DJ booth. I had to stand on a step ladder! (Luckily her number went off without a hitch). 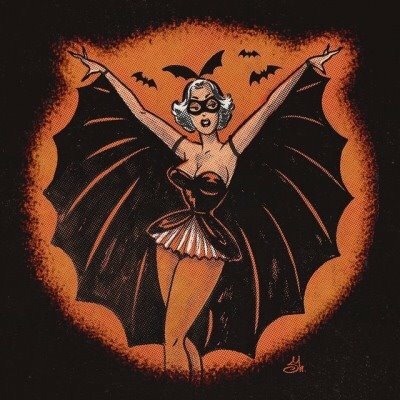 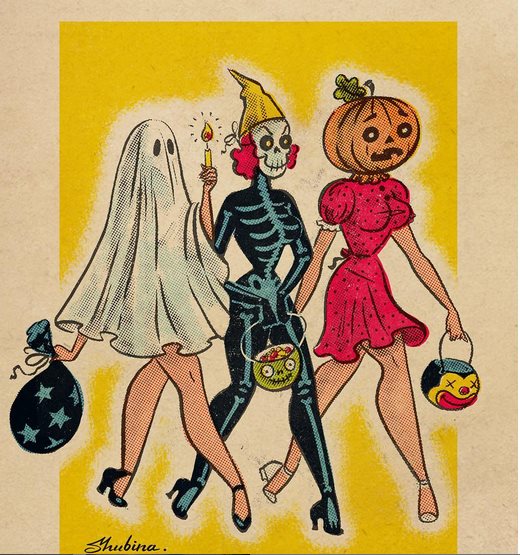 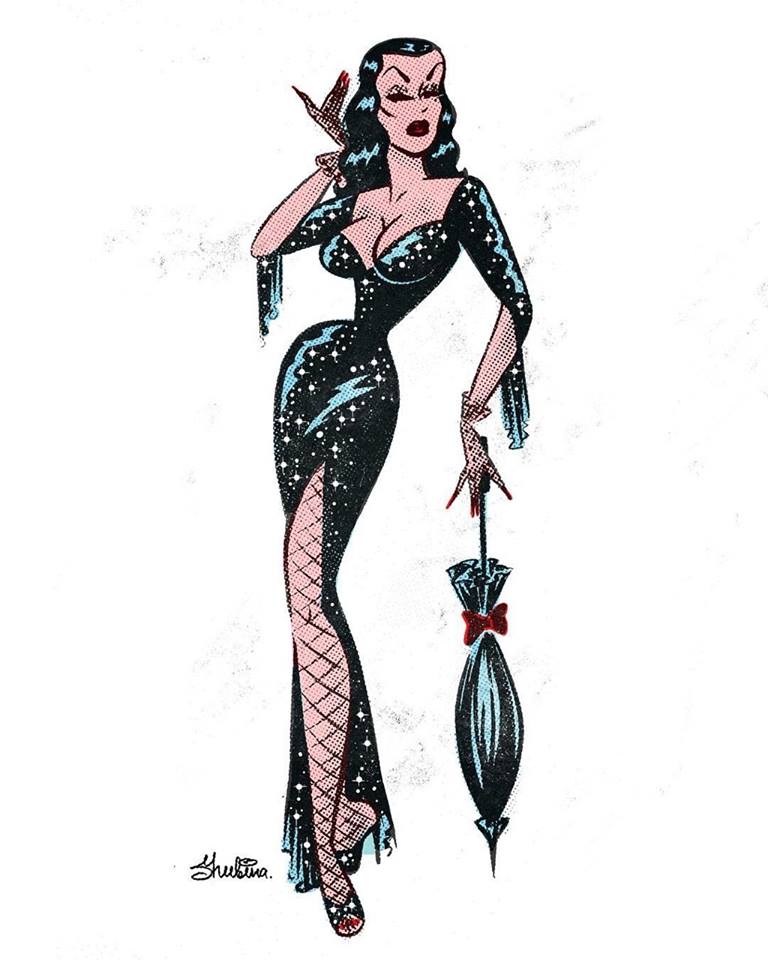 But the absolute nadir was the completely unanticipated projectile vomiting incident. There were three or four hetero “bro” types by the front who were clearly extremely drunk but digging the scene and seemingly harmless and friendly enough. Midway through Sparkling Duet’s set I glanced up to see these guys abruptly leaving. It soon became evident why. I started noticing that people were backing away from the centre and sort of plastering themselves against the DJ booth at the back of the room. Newcomers would arrive, walk forward, and then promptly step back! Then Trixie rushed over to me and gasped, “Someone has vomited up the wall! I better see if there’s a mop upstairs!” Sure enough, one of the bros hadn’t just spewed on the floor: he'd sprayed a full-on dramatic Linda-Blair-in-The Exorcist job up the wall! And it was copious and chunky-style, with that creamed corn / porridge consistency. Ruby quickly pole-vaulted over the bar and swung into action with a mop, bucket, disinfectant and paper towels. I have never seen her more livid! Anyway, can we just agree that the puke added to the night’s gritty punk rock authenticity? (In fact, the second time I ever The Cramps play in Montreal - at The Spectrum in 1992 - there was a pungent and lingering stench of vomit emanating from the mosh pit. It added to the ambiance! We all just embraced it and got on with it!). 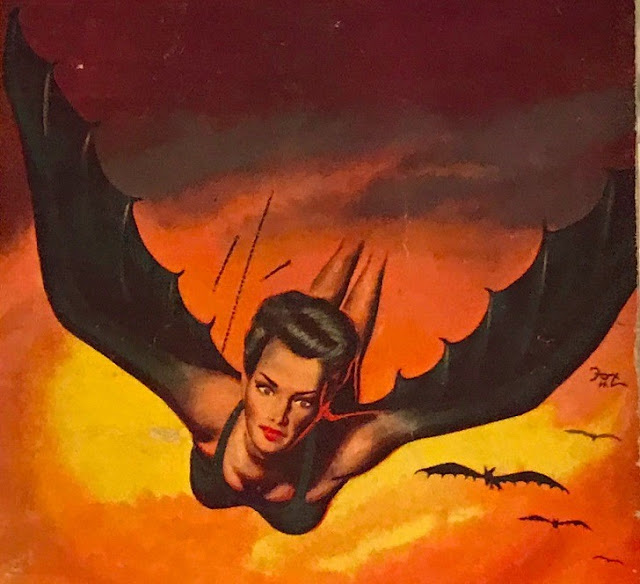 Once Sparkling Duet finished, a big percentage of the crowd (traumatized by the vomit) beat a hasty retreat upstairs. The final performer of the night – the glamazonian Mysti Vine – was still due to perform, so I did my best to reassure everyone that the Bamboo Lounge was well and truly cleaned and coax them back down. That led to the next incident: the battery on the iPhone with Mysti’s music decided to sputter-out right at the beginning of her act! Mortifying! Many performers would have justifiably panicked. Mysti is such a seasoned and durable show business pro she just styled it out and the audience cheered and clapped her on until Ruby secured an iPhone charger and she was able to start over. Phew! 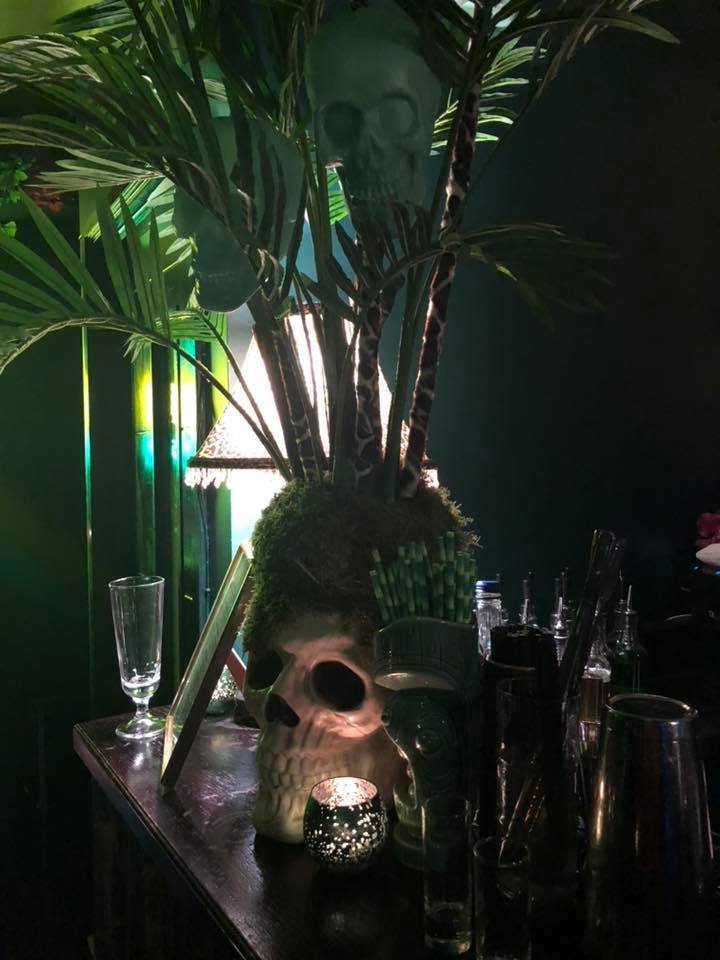 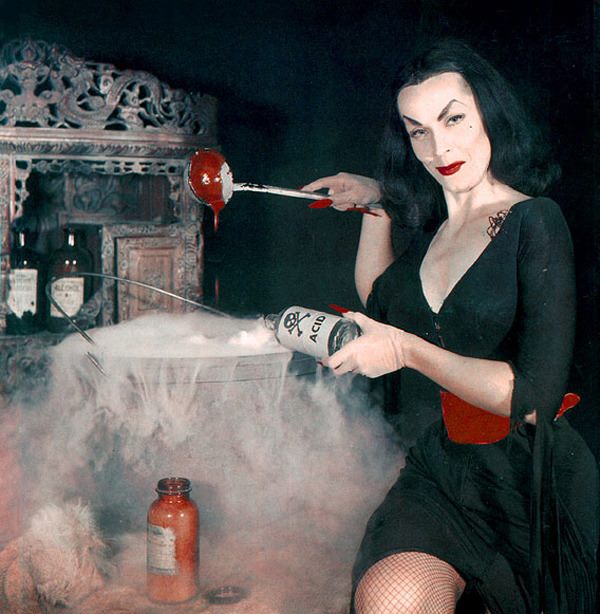 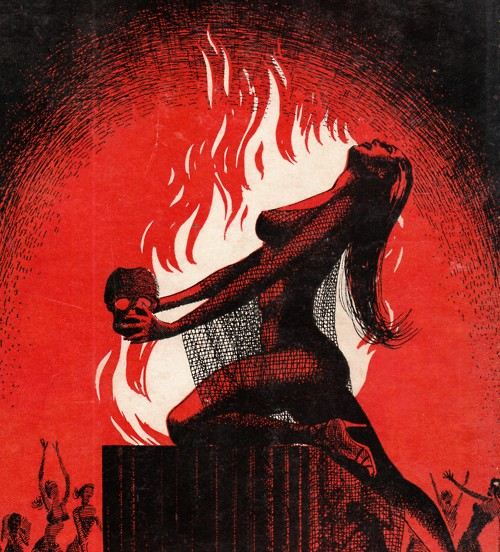 Special mention must be paid to the night’s onstage special guest stars (I don’t normally feature bands or burlesque acts at Lobotomy Room, but this was our deluxe Halloween spectacular).  Sparkling Duet is the side project of Clare and Shaun from the awesome Night Shades. They play ultra-minimalist, menacing and ghostly surf and rock’n’roll instrumentals (for some songs they were joined by guest drummer Tina from Das Clamps and Oh! Gunquit) and fit the Lobotomy Room aesthetic like a tight, wet t-shirt! And the audience worshiped them! Both Trixie Malicious (whose musical backing was classic Las Vegas Grind tittyshaker “It”by The Regal-aires) and Mysti Vine (who was swathed in a gold cape, doing a voodoo priestess number) also well and truly slayed. 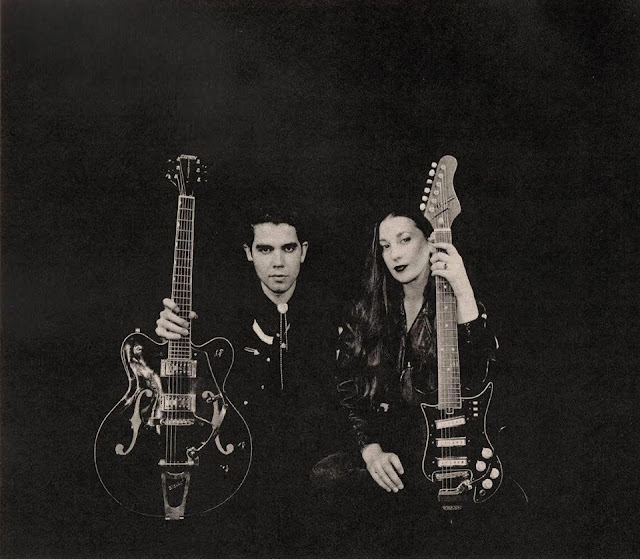 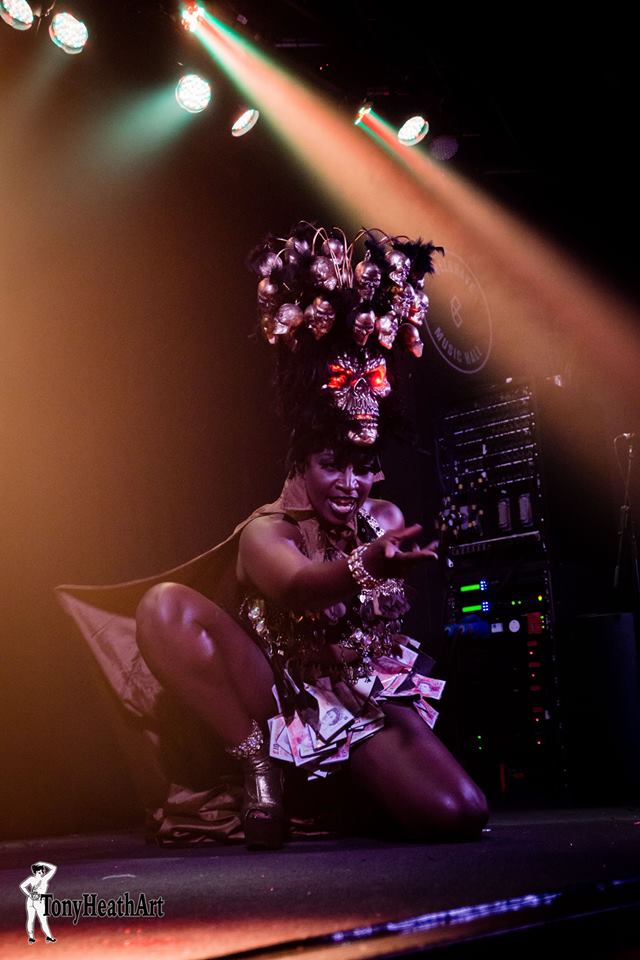 Anyway, the night continued until almost 2 am. There was so much going on and so much rushing around, I couldn’t focus properly and wasn’t in as complete control of the music as I would have liked. In retrospect, there were so many songs I meant to play and forgot to (“Goo Goo Muck” by Ronnie and The Gaylads! "Rockin' in the Graveyard" by Jackie Morningstar! "Graveyard Rock" by Tarantula Ghoul! Or maybe I did play some of these: I did drink a lot and for a whole long section of the night I stopped jotting down my set list). As you can see, I emphasized campy 1950s and 60s Halloween novelty tunes for first half of the night (I saved “Monster Mash” until near the end as a climax!) and then – when the acts had finished, and people wanted to dance – switched to fast’n’dirty punk and rockabilly.  I suspect the last thing anyone wants to listen to in November is Halloween music (I could happily listen to vintage Halloween novelty tunes all year!), but here is my Halloween  Spotify playlist. 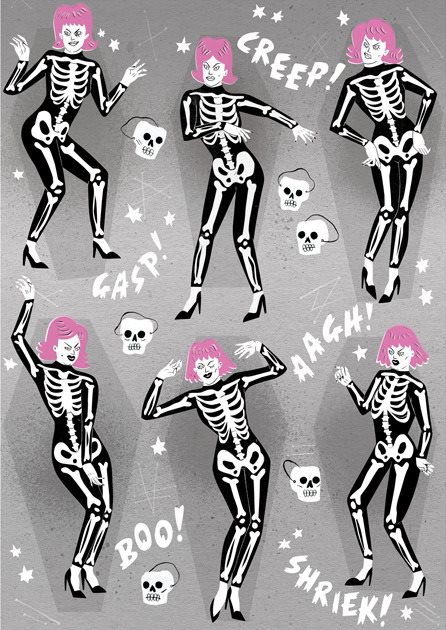 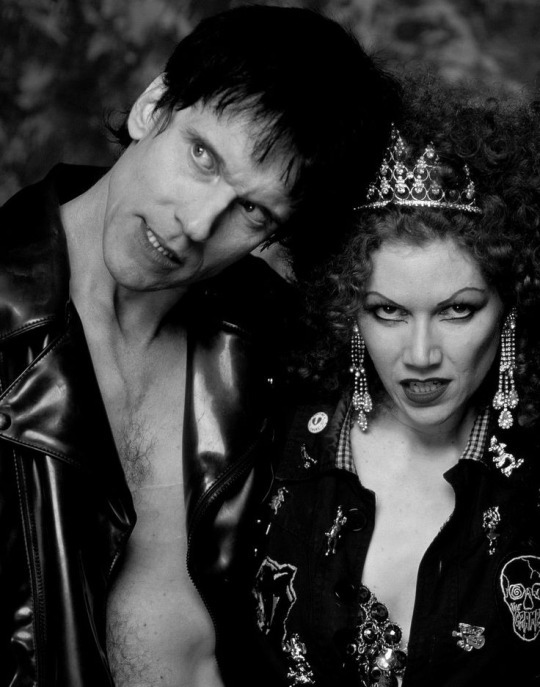 Here's what I played:

Upcoming dates for all your Lobotomy Room needs: 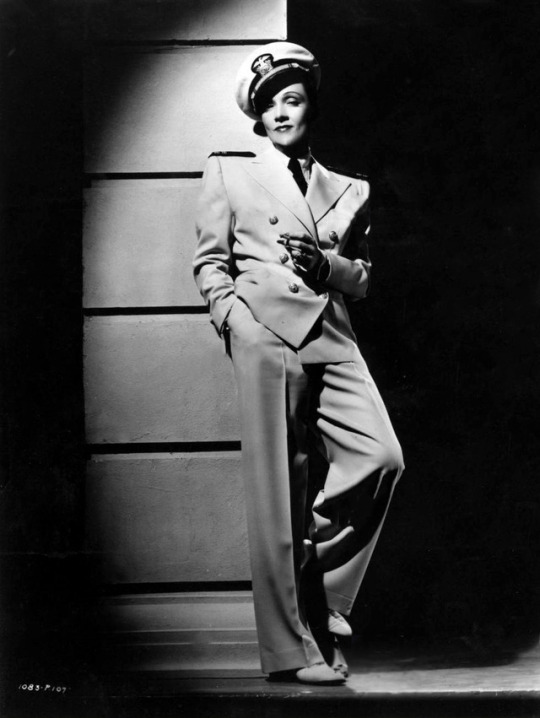 This November, the Lobotomy Room film club turns three! (We debuted on 24 November 2015). To mark the occasion, we’re taking a sentimental journey and re-visiting the first film we ever screened: Seven Sinners (1940).

The seven films director Josef von Sternberg and his muse and leading lady Marlene Dietrich made together between 1930 and 1935 were dark, erotic, witty and sublime works of art. Together they honed Dietrich's complex, sultry and feline persona and brought a whiff of genuine Weimar decadence to mainstream Hollywood. By comparison Seven Sinners (made after Dietrich and von Sternberg’s personal and professional relationship imploded) is pure trash - but campy, enjoyable fun trash of the highest order! It’s a romantic comedy starring Dietrich as good time girl nightclub chanteuse Bijou Blanche, set adrift and stirring up trouble in a South Seas port, while pursuing a hunky naval officer (played by a young and still relatively unknown John Wayne). Just wait until you see perennial Lobotomy Room favourite Dietrich crooning “The Man’s in the Navy” in full butch military drag king mode!

Come sink a few cocktails, surrender to the allure of Marlene Dietrich and celebrate the cinema club’s third birthday on Wednesday 21 November!

Lobotomy Room Goes to the Movies is the FREE monthly film club downstairs at Fontaine’s bar (Dalston’s most unique nite spot!) devoted to Bad Movies We Love (our motto: Bad Movies for Bad People), specialising in the kitsch, the cult and the queer! Doors to the basement Bamboo Lounge open at 8 pm. Film starts at 8:30 pm prompt. We can accommodate thirty people maximum on film nights. Arrive early to grab a seat and order a drink! 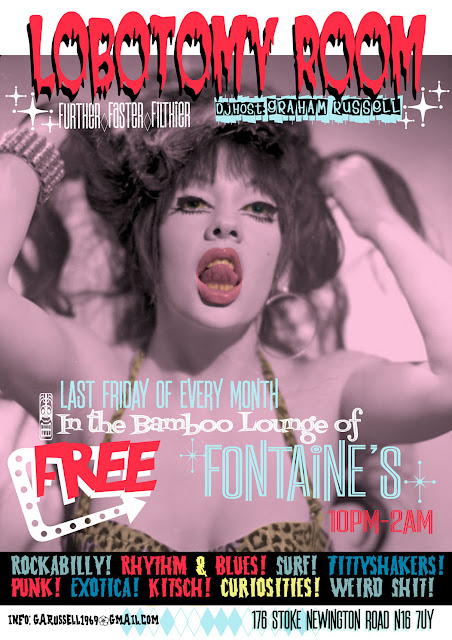 
In August 2018 I spoke my brains to To Do List magazine about the wild, wild world of Lobotomy Room, the monthly cinema club – and my lonely one-man mission to return a bit of raunch, sleaze and “adult situations” to London’s nightlife! Read it - if you must - here.

Follow me on Tumblr for all your kitsch, camp, retro vintage sleaze and fifties homoerotica needs!Follow me on twitter!"Like" and follow the official Lobotomy Room page on Facebook if you dare!
Posted by bitter69uk at 05:13 No comments: