The Complete Films of John Waters (Every Goddamn One of Them ...): John Waters at The BFI 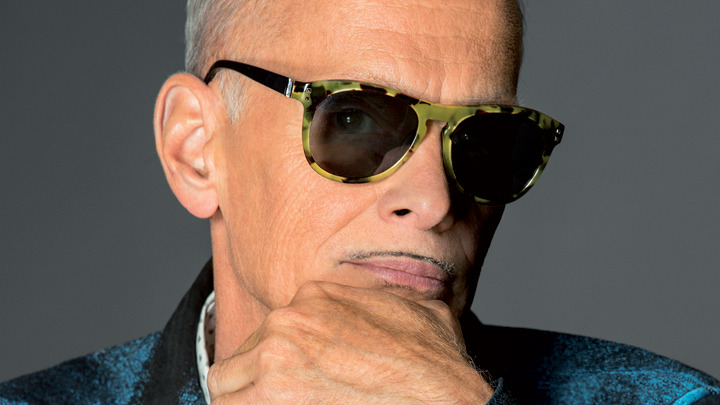 For London-based sensationalism freaks like me, surely the cultural highlight of autumn 2015 was The British Film Institute’s exhaustive John Waters retrospective It Isn’t Very Pretty: The Complete Films of John Waters (Every Goddamn One of them...) from 1 September – 6 October. The acme of the season saw the Sultan of Sleaze himself jet into London to make personal appearances on the weekend of 18-20 September. And once again I managed to bask in my filth elder’s ambiance. 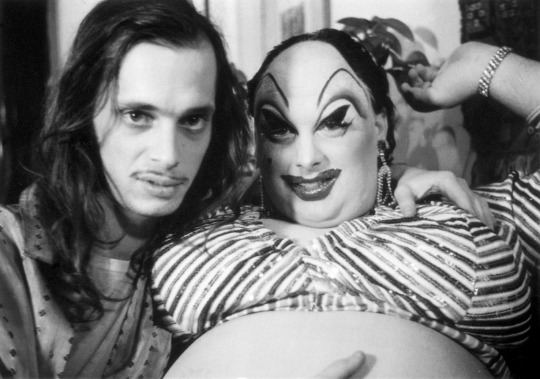 / The early years: John Waters and his ultimate leading lady and muse Divine photographed in San Francisco in 1970 /

Courtesy of my film journalist friend Damon Wise (a long-time Waters confidante), I got into the 100% sold-out "John Waters in Conversation" event on Friday 18 September as his “plus one” guest. Waters was interviewed onstage about career (illustrated with well-chosen clips from his films) and then fielded questions from the audience. The “peoples’ pervert” was on scintillating form throughout – the man is a supreme raconteur.

My favourite part of Waters’ onstage discussion: he was asked about the inspiration behind Divine’s striking appearance as bitch goddess extraordinaire Dawn Davenport in his 1974 masterpiece Female Trouble. He explained that while Divine revered Liz Taylor (to the point that Divine smoked Salems - the same brand of cigarettes Taylor was known to prefer - in tribute) and that the fatter Taylor got, the more she actually began to resemble Divine – the real source for Dawn Davenport was the beehive-haired, heavily made-up mother in Diane Arbus’ famous 1966 photo “A Young Brooklyn Family Going for a Sunday Outing, N.Y.C.” 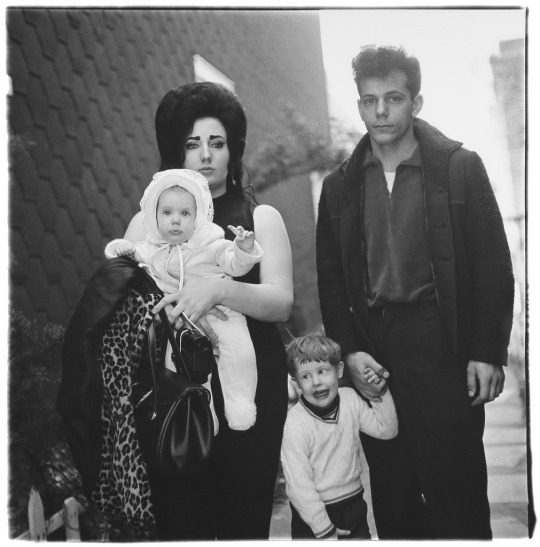 Afterwards Damon smuggled me into The BFI’s elite VIP green room (as you may recall, the last time I was in there I was seated directly opposite Fifties Hollywood heartthrob Tab Hunter –sigh!). Waters was holding court amongst his entourage before introducing a screening of Serial Mom and then doing a book-signing session. (He’s the hardest working man in show business!).  It was a strange and interesting mix of people. Water’s London friends included Helena Kennedy QC (Baroness Kennedy of The Shaws), fuchsia-haired fashion doyenne Zandra Rhodes, talk show host Graham Norton and (most glamorous of all) transgender pioneer April Ashley (with a mane of silver bouffant hair, clad in a flowing green caftan).  I only spoke to Waters very briefly on the Friday night. I told him that when I was in New Orleans in April I made a point of going to his two favourite seedy dive bars – the Corner Pocket (hustler bar where the boys dance on the bar in the underwear – reportedly the inspiration for The Fudge Palace in Waters’ film Pecker) and The Double Play (clientele is mainly trans prostitutes, hustlers, their johns and junkies). “Isn’t the Corner Pocket great?” Waters enthused.

The night of Saturday 19 September saw the high potentate of trash taking the stage at The BFI again (he wore a different striking Comme des Garcons ensemble at every appearance), this time to introduce his freaky and deliciously nasty raw early film Multiple Maniacs (1970). I was accompanied by Mia, part of the duo behind The Amy Grimehouse interactive cult film collective. It’s a sentimental favourite of mine (I first saw it on VHS as a university student in Canada – it truly warped me), sadly unavailable on DVD. The close-ups of Divine – still an embryonic young starlet on the ascent – grinning maniacally and foaming at the mouth and hippie-punk bad girl Cookie Mueller go-go dancing topless are life-affirming sights.  The vomit-eater, bicycle seat-licker, junkie in withdrawal and two men kissing on the lips like lovers in Lady Divine’s Cavalcade of Perversions warmed my heart. And crucially, Multiple Maniacs represents the film debut of the much-loved gap-toothed “outsider” character actress and punk pensioner Edith Massey. 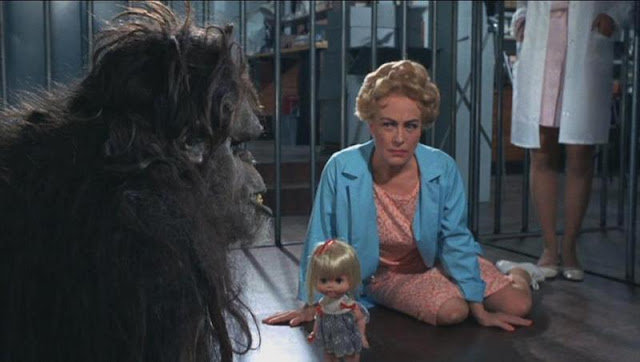 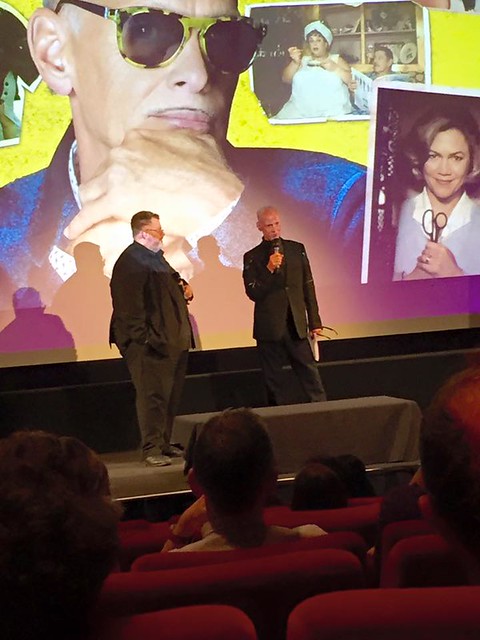 Sunday afternoon I returned to The BFI with my boyfriend Pal to see Waters introduce one of his specially-chosen, personal favourites Trog (1970). (As a kind of side-bar to the main event, Waters curated his own mini-season of his much-loved British films called Teabaggin’ in the Kitchen Sink). I’d never seen Trog before:  the low-budget, ultra-kitsch (and very enjoyable) British sci fi / horror film starring a desiccated and down-on-her luck Joan Crawford (in her last-ever screen role) opposite a guy in a gorilla mask, loincloth and fur booties playing a “missing link” troglodyte on-the-rampage. Crawford is actually majestic in Trog: such steely conviction and professionalism in spite of the mortifying circumstances. We’d been promised that a secret special guest would join Waters onstage afterwards. It turned out to be Trog himself – the man behind the gorilla mask! The role was played by wrestler Joe Cornelius (stage name: The Dazzler). Now in his eighties and very hard of hearing, Cornelius nonetheless looked great in a shiny gold suit (very old-school Vegas showman) and regaled us with stories about the making of Trog - in particular his leading lady. (He was very gracious and chivalrous discussing Crawford – who, he insisted, was not drunk the whole time nor a temperamental Hollywood diva. Apparently she sent him Christmas cards for years afterwards!). 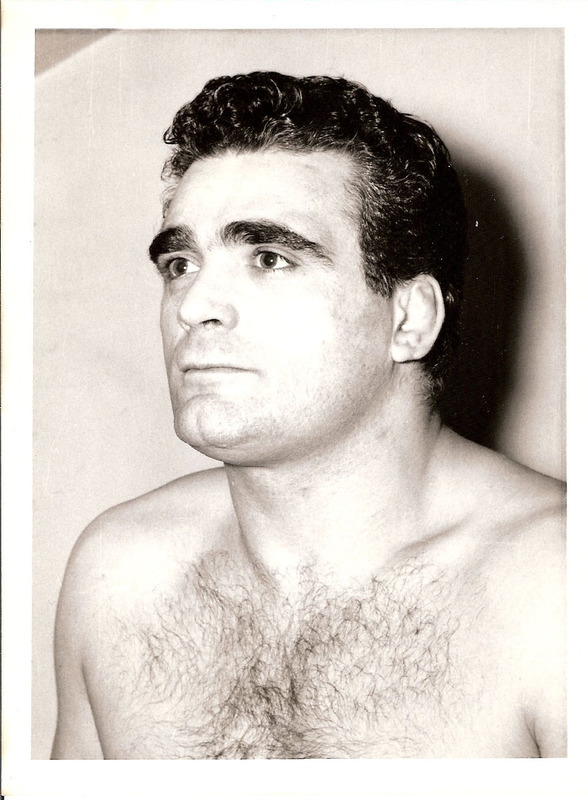 / Above: Wrestler Joe Cornelius (aka The Dazzler) in his prime /

That Sunday afternoon after Trog represented the last opportunity to see Waters’ rarely-seen early short films:  the Super 8 home movie juvenilia he made as a teenager fired up by the underground cinema of Andy Warhol and Kenneth Anger, which we've all only read about in his 1981 book Shock Value. These works are sealed in Waters’ personal vault and almost never get public airings – they represent year zero for John Waters fanatics like me. Frustratingly, The BFI made seeing them as difficult as possible: they were shown in the cinema’s smallest room and tickets were sold on the day in a first come-first serve basis. Managing to get a ticket was the equivalent of winning the lottery! Sadly, the final screening sold out even before I could attempt to queue for the tickets! So I'll probably never see Hag in a Black Leather Jacket (1964), Roman Candles (1966) or Eat Your Make-Up (1968) now – they will exist only in my imagination! Damon even went to the box office to plead on my behalf – but with no success.

The silver lining: instead, Damon snuck me back into the green room and we got to hang out with Waters again.  This time there were only maybe five of us in there and Waters was on relaxed, loquacious form while he autographed stacks of his books (mainly Carsick) for the BFI's book store and killed time until he introduced a screening of Cecil B Demented later on. I told him I went to see his friend, veteran sex kitten and camp icon Pia Zadora's jazz revue at Italian restaurant Piero’s when I was in Vegas in April 2015. Waters spoke about her with genuine affection and concern (“Did it do well? Did people like it?” Apparently Zadora’s recent residency in Los Angeles wasn’t so successful. I suspect Vegas is her natural habitat).

Interviewed for the September 2015 issue of Sight & Sound magazine to promote The BFI retrospective, Waters had reminisced about how as teenagers he and Divine used to attend Ike and Tina Turner gigs in the sixties when they’d perform in Baltimore and what a big influence feral wigged-out bold soul sister Tina was on his aesthetic. He told us he was flying to Switzerland the following morning for an art exhibit and spoken word gig. Switzerland is, of course, also where retired rhythm and blues tigress Tina now resides. Waters has written about how over the decades he managed to meet most of his heroes: the disparate likes of Little Richard, Nico, Johnny Mathis, Elizabeth Taylor, William S Burroughs. I asked him if he's ever met Tina Turner and Waters exclaimed, “No!” He admitted he’s afraid to in case he's disillusioned - or if Turner was angry with him. Considering Waters has said in the past that Tina was at her best when she was still with Ike, wearing a ratty wig and still had a moustache, Turner’s reaction to meeting him would bound to be interesting. Waters also pointed out for one of his earlier art exhibits he commissioned a conceptual sculpture of a giant Ike Turner manipulating a marionette puppet of Tina. He suspected she wouldn’t see the funny side of that! Finally, we all bade Waters goodbye when the car arrived to take him back to the hotel. It was a truly great end to the weekend. 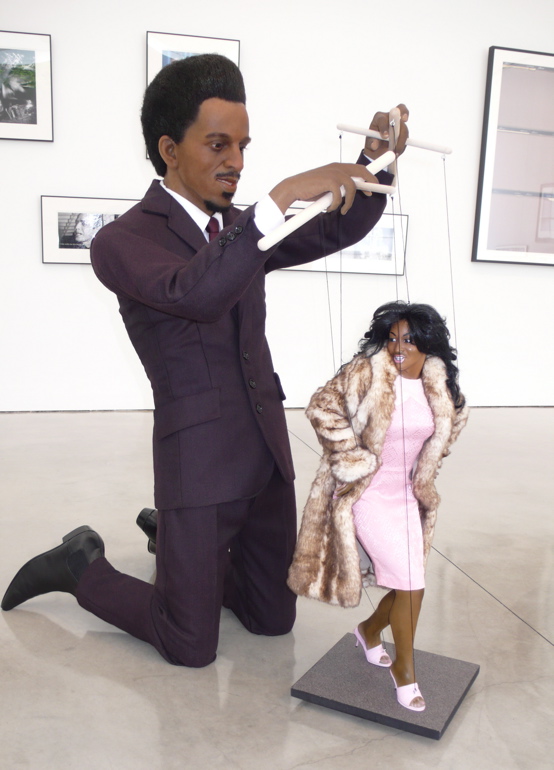 Postscript: Waters may have departed London, but for me The BFI season properly ended the following Sunday (27 September) when Pal and I went to see Boom! (one of Waters’ Teabaggin’ in the Kitchen Sink selections). 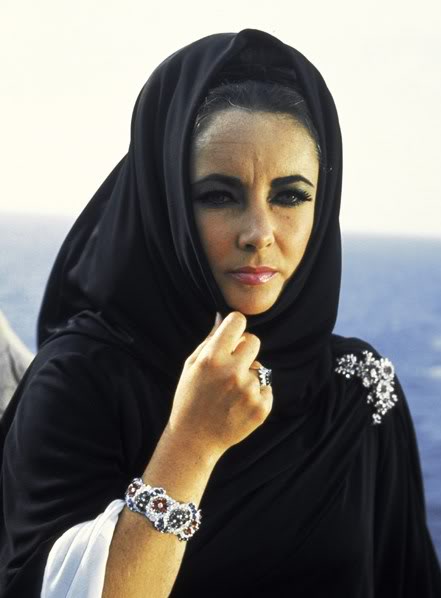 “If you don’t like this film, I hate you.” John Waters

Boom! The shock of each moment of still being alive!

It was a real trip to re-visit Boom!, the berserk and baroque 1968 Joseph Losey-directed film adaptation of the flop Tennessee Williams play starring Liz Taylor (in her fleshy, caftan-wearing era) and an alcohol-ravaged Richard Burton. The brawling, hard-drinking Taylor and Burton were reportedly drunk for most of the filming of Boom! (Pal and I got into the spirit of things by downing powerful Bloody Marys beforehand). I’d only ever seen Boom! once before – and that was way back in 2011 when I saw it at The Institute of Contemporary Art with my much-missed late friend Alison. (Alison was a major Liz Taylor fan – I’ll always associate Boom! with Alison).  Trying to make sense of it, I blogged about Boom! at the time. You can read it here.

Boom! is, of course, one of Waters’ most-cherished films – he appreciates it as a “failed art movie” and has written extensively and eloquently about it and even taken the film on tour, introducing it beforehand. (Famously, Waters once attended a July the fourth party at Liz Taylor’s Hollywood home in the eighties. He made the mistake of telling her how much he loved Boom! Assuming he was making fun of her, Taylor took offence, flew into a rage and shouted, “That’s a terrible movie!”).

Yes, Boom! is awful in many ways, but it’s toweringly, majestically, compellingly bad. It’s mind-boggling. And no one delivers Williams’ most overwrought dialogue quite like Taylor in full scenery-chewing mode. “You can watch [Boom!] a hundred times and never know if Losey meant it to be camp,” Waters has mused. “Camp isn’t the right word. Camp means “so bad it’s good.” This is not “so bad it’s good.” This is so bad it’s art. This is so bad it’s confusing. Or this is so great it’s confusing. You don’t ever know the tone of it. It is, to this day, mysterious to me.”