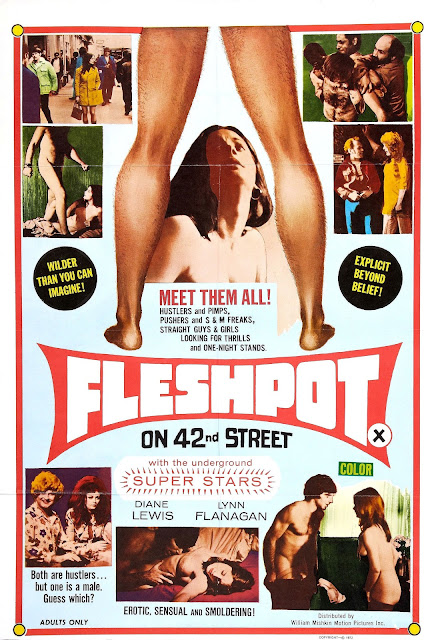 It’s fun to imagine the dirty mac brigade settling into their seats at some fleapit grindhouse cinema in the early seventies to watch some raunchy triple-X titillation – and instead being confronted by this grimly downbeat, profoundly unerotic character study about survival prostitution by maverick outsider gutter auteur Andy Milligan (1929 - 1991). There’s even mournful flute music on the soundtrack for maximum erection repellent. You could call Fleshpot a “gritty” genital warts-and-all slice of life – but “grubby” might be more accurate. 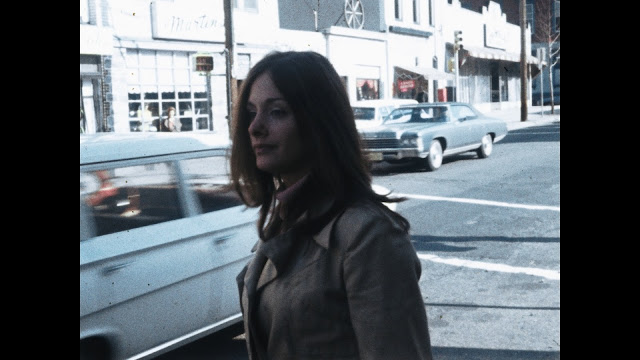 Pretty brunette Dusty Cole is a street-smart and calculating sex worker barely eking out a hardscrabble existence in New York’s Times Square. Her hard-bitten demeanor begins to melt after a fluke encounter with handsome, sensitive and earnest young Wall Street banker Bob Walters. Can Dusty embrace the straight life and find true love and happiness in Staten Island with Bob? Spoiler alert: anyone familiar with Milligan’s pessimistic oeuvre will already know the answer is a resounding no! 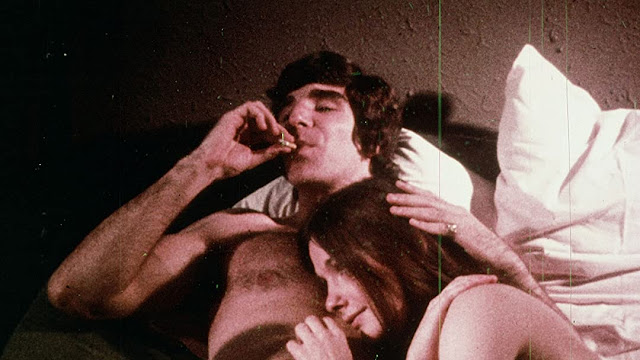 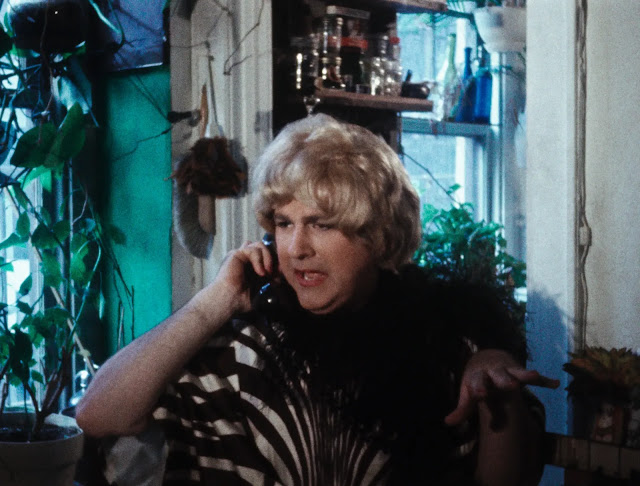 Thematically and stylistically, Fleshpot is analogous to Flesh (1968), Trash (1970) and Heat (1972), the trilogy of Warhol-produced underground films directed by Paul Morrissey, and the early works of John Waters. What separates Milligan from Morrissey and Waters is the ferocity of his misanthropy and nihilism. He takes a decidedly jaundiced perspective on concepts like “free love” and sexual liberation. Apart from Bob, none of the characters could be described as “sympathetic.” The film offers a vividly grungy cinema verité document of decrepit pre-gentrification seventies New York. Every character in Fleshpot lives in squalor and escapes to drown their sorrows at depressing dimly lit dive bars. Milligan was gay and the sexuality on display here is refreshingly polymorphous: the ostensibly hetero male tricks take a surprisingly pragmatic open mind when it comes to the gender of their sex workers (Dusty and Cherry share clients). The world Milligan evokes packs an undeniable lowlife allure, but you wouldn't want to live there. Warning: the ugly racial epithets casually thrown around by Cherry are authentic to the period and character but wildly offensive to modern ears (prepare to flinch!). There are two versions of Fleshpot in circulation: grainy and softcore (on Amazon Prime) and digitally remastered and hardcore (via Vinegar Syndrome’s website). 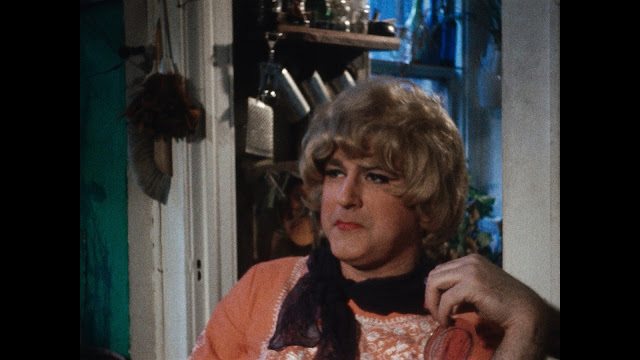