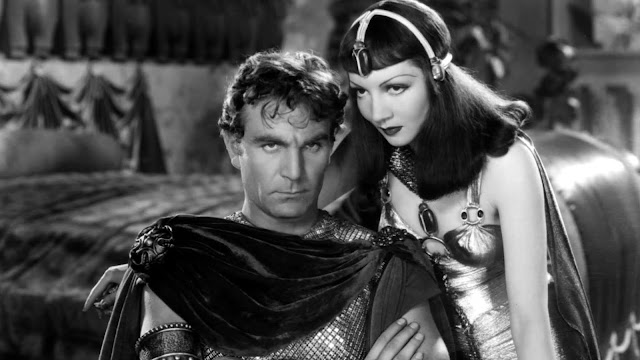 Recently watched: Cleopatra (1934). Apologies to Elizabeth Taylor, but Claudette Colbert is cinema’s authoritative Queen of the Nile. Visionary director Cecil B DeMille’s lushly opulent and risqué account of the life and loves of Cleopatra VII is infinitely superior to the bloated 1963 version starring Liz’n’Dick. For one thing, DeMille tells his story in 105-minutes – a model of concision compared to the sixties version, which is a ponderous, mind-numbing four hours and twenty minutes long! The 1934 interpretation also offers the most sumptuously Art Deco of screen Cleopatras. (Which makes sense, considering the Art Deco aesthetic was at least partially inspired by ancient Egyptian imagery). 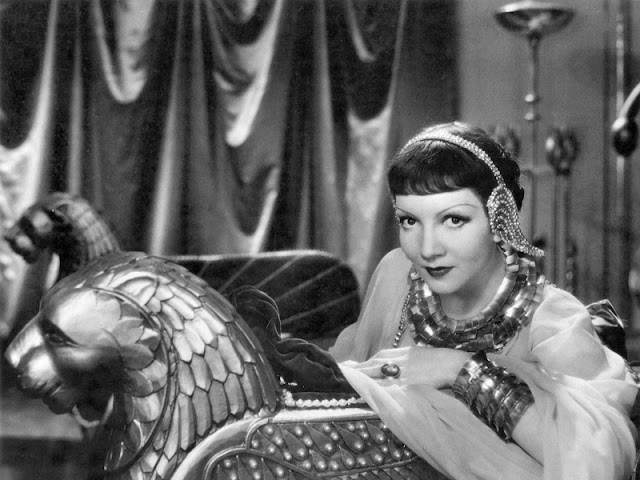 The Motion Picture Production Code came into effect during production, so the eroticism DeMille was able to sneak past the censors is impressive. (We see exposed female nipples in the opening credits!). DeMille was the undisputed maestro of kinky pagan spectacle, and here proceedings reach a bonkers climax when Cleopatra initiates Marc Antony into Egyptian-style hedonism on her gilded barge. Accompanied by mounds of jewels and goblets of wine, the duo feast on skewers of “reed birds” while languorously reclining. Cleopatra presents a lavish production number to seduce Antony, incorporating legions of homoerotic baby-oiled gladiators, slave boys in loincloths and semi-naked female concubines waving peacock feathers. The pageantry grows ever more crazed. Girls dressed as leopards cavort, crawl on all fours and then somersault through flaming hoops while a muscular male “lion tamer” in ass-baring bondage gear cracks a whip. Finally, Cleopatra gives the signal that she and Antony wish to make love, and her battalion of underlings swing into action. Giant billowing silk curtains unfurl to give the couple privacy. Temple dancers ritualistically perform. Flower petals rain from the sky. The camera pulls back to reveal the galley slaves rowing the barge to the beat of a drum. The segment is a fever dream of orgiastic depravity and a pinnacle of Golden Age Hollywood camp nirvana! 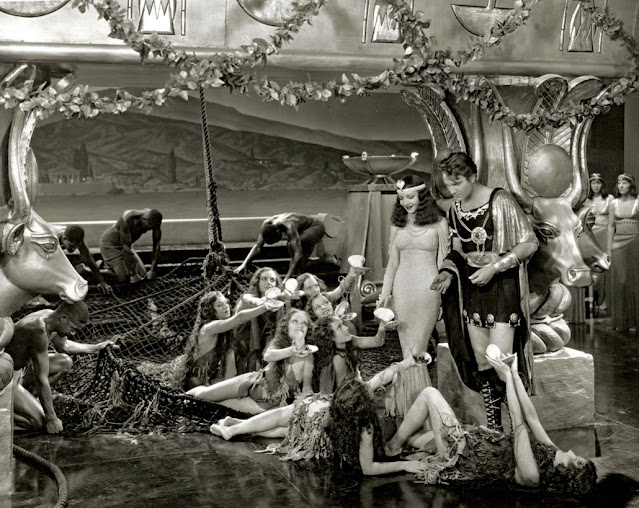 Colbert makes for a coolly calculating and seductive Cleopatra. (Those butterfly wing-shaped brows really cast a spell!). Her slinky and revealing ensembles (heavy on gold lamé and exposed flesh) are by costumier Travis Banton, the genius who also dressed Paramount’s other divas like Marlene Dietrich and Mae West at the time. His creations all seem to focus attention on Colbert’s boobs, and weirdly anticipate the wild looks Bob Mackie would create for Cher in the seventies. Bear in mind Colbert made It Happened One Night, Imitation of Life and Cleopatra all in the same year. She was effortlessly, stylishly confident in screwball comedies, melodramas and historical epics. So why doesn’t Colbert get the kind of acclaim for this range in the way her peers like Davis, Crawford and Stanwyck routinely do? 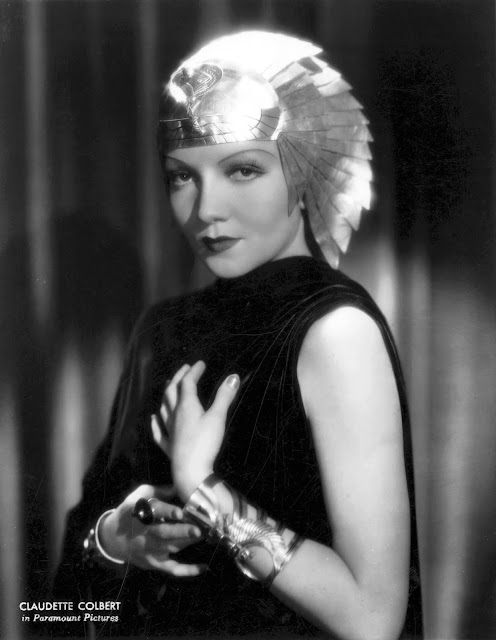 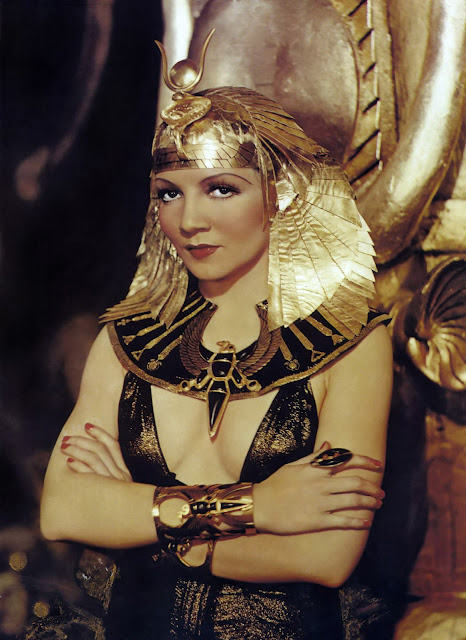 Anyway, as Marc Antony rugged British leading man Henry Wilcoxon matches Colbert for pulchritude and sex appeal (those shortie togas showcase his powerfully muscled thighs beautifully). Which reminds me of an anecdote in Boyd McDonald’s essential 1985 volume of essays Cruising the Movies. McDonald offers an account shared by a sailor friend who was once picked-up by Wilcoxon. The actor gave him a lift from San Francisco to Los Angeles, which involved an overnight hotel stopover. Apparently, Wilcoxon “expressed himself in “animal groans”” and “dropped him at the gardenia-scented Biltmore, sore-assed but satisfied.” 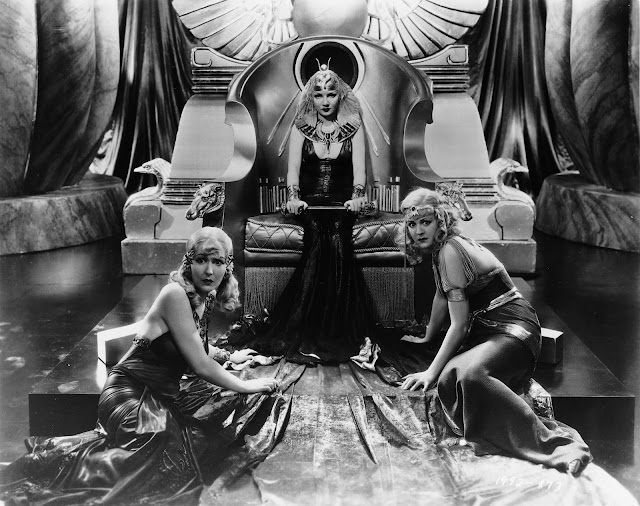