Recently watched: Voyage of the Rock Aliens (1984). Tagline: “the story of a guy, a girl and an alien... and one night they will always remember!” I’m using this period of enforced social isolation to explore the weirder corners of YouTube for long forgotten and obscure movies. (My boyfriend is accompanying me only semi-willingly).

Voyage was calculatedly formulated to promote Zadora as a viable pop siren in the vein of Madonna or Cyndi Lauper. In fact, it opens with an epic rock video for “When the Rain Begins to Fall”, Zadora’s hi-NRG disco duet with Jermaine Jackson. The video has that artfully distressed post-apocalyptic / post-punk look typical of the era (it’s hard to overstate the stylistic influence of Mad Max in the eighties). Seemingly tacked-on at random, the video bears zero relation to what unfolds next. How to explain Voyage of the Rock Aliens? According to Wikipedia, its scriptwriter conceived it as a deliberately campy tongue-in-cheek spoof hybrid of fifties and sixties b-movie genres. A postmodern mash-up of science fiction, beach party musicals, monster movies and rock’n’roll juvenile delinquent flicks sounds potentially amusing in more competent hands, but the conception and execution here is frankly - if cheerfully - inept. 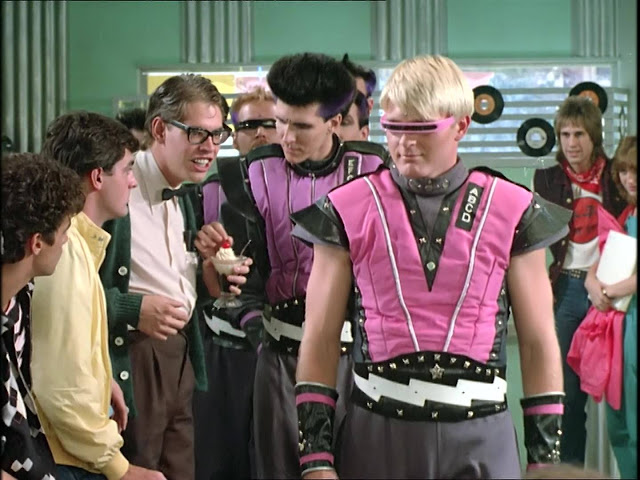 Zany hijinks, wacky misunderstandings and “what-the-fuck” moments ensue when a group of rock’n’roll-crazed aliens (styled to vaguely resemble Devo) land their guitar-shaped spaceship on earth and try to ingratiate themselves with the local teenagers of a town called Speelburg. Voyage’s tone is established with an introductory Beach Blanket Bingo-style musical number. The song is grating. The choreography is clunky. The weather is visibly overcast and chilly. Some of the “high schoolers” are seemingly well into their late twenties. To be fair, it does offer a time capsule of eighties fashion trends: it’s a veritable day-glo riot of ra-ra skirts, crimped hair, fingerless lace gloves and wraparound sunglasses. Dee Dee (Zadora) yearns to sing with her boyfriend Frankie’s band (Frankie and The Pack) at their high school’s upcoming cotillion. But surly delinquent hoodlum Frankie (Craig Sheffer) is such a selfish, insecure jerk he won’t let her. (This scenario reminded me of Lucy constantly wanting to crash Ricky’s stage show in old episodes of I Love Lucy). The leader of the aliens (Tom Nolan) develops a crush on Dee Dee and has no qualms about her joining his band, inciting Frankie’s jealousy. 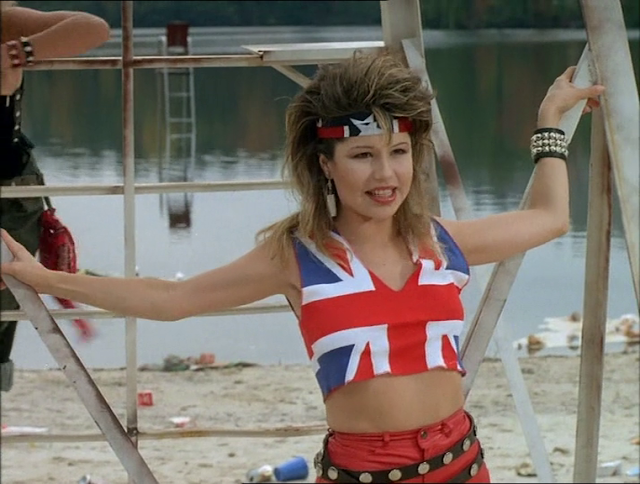 Proceedings are padded-out with some annoying sub-plots. Two homicidal killers escape from a high security mental facility. The eccentric elderly female sheriff investigates the town’s UFO sighting. (This surely represents an unseemly career low for Academy Award-winning veteran character actress Ruth Gordon of Rosemary’s Baby and Harold and Maude fame). There’s also a sea monster whose tentacle pops up at random and is never explained.  Storytelling coherence isn’t one of Voyage’s strengths: it frequently feels like some pages have gone missing from the script, or some crucial explanatory scenes have been accidentally deleted. 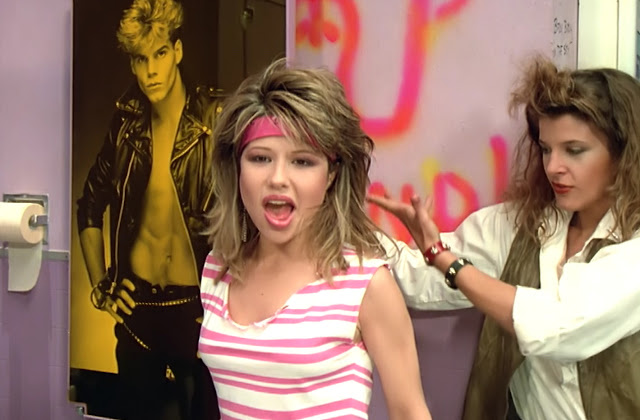 Anyway, Zadora gamely tackles the acting, singing and dancing with more enthusiasm than skill. Frankie’s bandmates are played by a genuine Los Angeles psychobilly band called Jimmy and The Mustangs - a poor man’s Stray Cats, although it must be said they do provide eye candy in their mesh t-shirts and studded leather biker jackets. Speaking of which: pretty boy Sheffer’s Frankie (pouting as if his life depends on it) is filmed like an escapee from an eighties gay porn film, with a homoerotic focus on his sinewy torso and painted-on black jeans. (For which I thank you!). With horrible symmetry, Voyage concludes by reprising “When the Rain Begins to Fall” (with Scheffer lip-syncing to Jermaine Jackson’s vocals) with some of the most half-assed green screen technology ever captured on celluloid. Clearly the filmmakers had stopped caring by then. Problem is, you will have too! 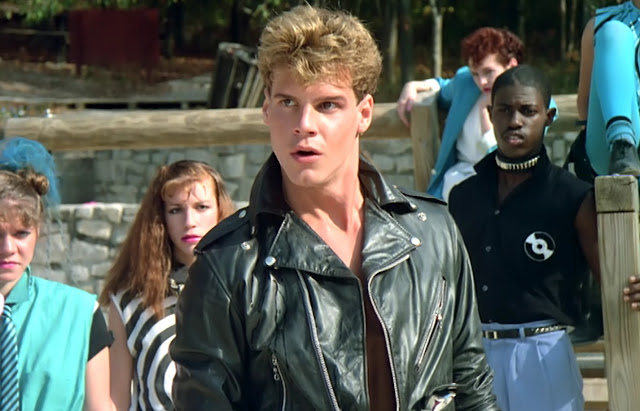 Voyage of the Rock Aliens is FREE to view on Amazon Prime. In the meantime, here's the trailer.

Postscript: the last time I attended the Viva Las Vegas Rockabilly Weekender over Easter 2019, my friend Kevin and I made a point of checking out Pia Zadora’s jazz revue at an Italian restaurant called Piero’s. In between sets, the lady herself pulled up a chair, joined us and hung out! We interrogated the effervescent Zadora about her wayward film career and trust me – she couldn’t have been more hip, knowing or self-deprecating. She's well aware that films like Voyage of the Rock Aliens were terrible and is able to laugh at them (and herself) now. Read more about this historic encounter here. 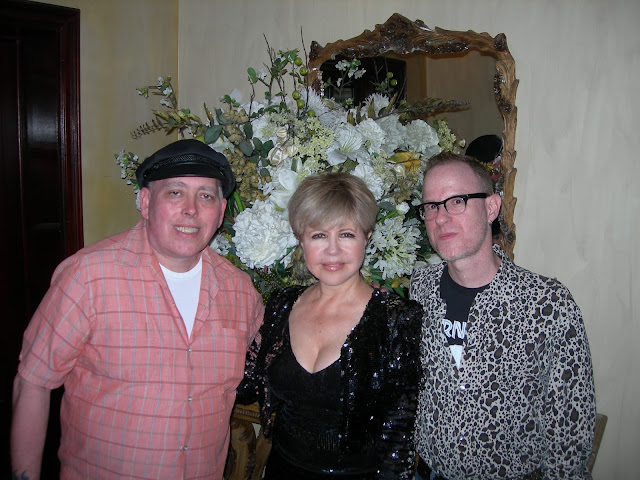