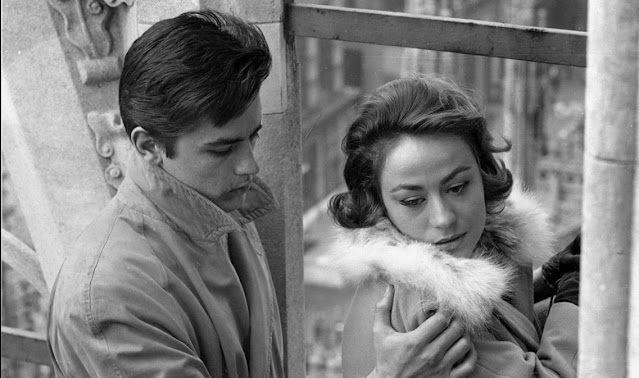 / Alain Delon and Annie Girardot in Rocco and His Brothers (1960) /

Led by widowed matriarch Rosaria, the Parondi family relocates from grinding poverty in the rural south to urban industrialized north (in this case, Milano) in search of better prospects. Instead, all they find is relentless catastrophe. And the options for the brothers seem limited to boxing or crime.

Like his contemporary Pier Paolo Pasolini, Visconti had a superior “queer eye” when it came to casting handsome male actors. All five Parondi brothers are stone cold stunners – particularly beauteous young Alain Delon as Rocco. (We get ample opportunity to ogle the brothers wearing the de rigueur Italian neo-realism white “wife beater” vests, sparring in the boxing ring and showering). In terms of homoeroticism: also note the corrupt boxing promoter and how he is coded as vaguely sexually predatory (especially the scene where he walks into the gym’s changing room and stares frankly at Simone and Rocco as they shower. Although I can’t say I blame him). 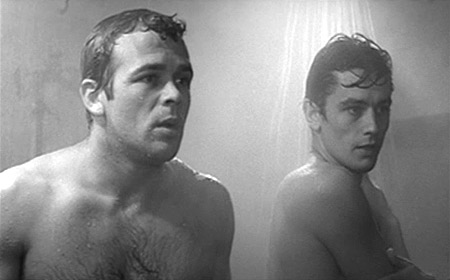 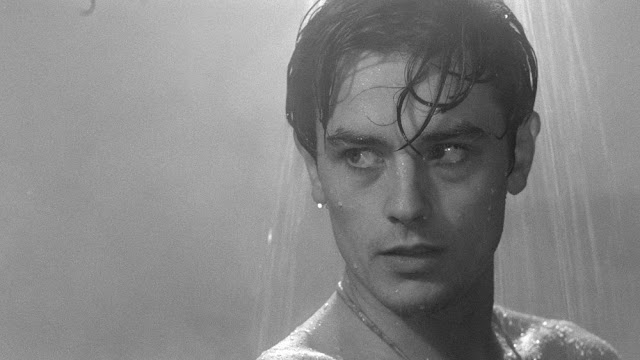 / The memorable shower sequence in Rocco and His Brothers /

But arguably, the film is dominated by Annie Girardot as local prostitute Nadia, the Parondis’ new neighbour. Encountering the glamorous, sensual and insouciant Nadia throws a hand grenade into the family’s life, with both deeply flawed Simone (Renato Salvatori – magnificent in this complex and demanding anti-hero role) and Rocco falling hopelessly in love with her. Inevitably, heartbreak and death ensue. (As someone laments towards the end, “Christ will regret the suffering visited upon us!”). 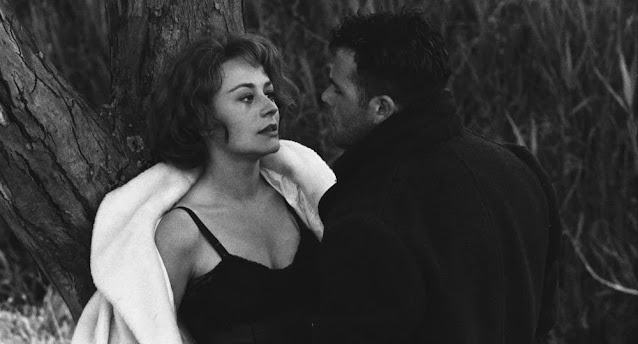 Perhaps understandably, Rosaria is prone to glancing skyward despairingly and calling Nadia a “putana.” (This archetypal black-clad Italian peasant mamma is actually played by volatile Greek actress Katina Paxinou. And Delon and Girardot are, of course, French actors playing Italian characters – and dubbed by Italian voices. Watch also for gorgeous young starlet Claudia Cardinale in a supporting role). I’m embarrassed to admit I wasn’t very au fait with Annie Girardot (1931 - 2011) beforehand but judging by her heart-wrenching performance here she was every bit the equal of other iconic European art cinema actresses like Jeanne Moreau, Anna Magnani and Monica Vitti. Time hasn’t blunted the impact of Rocco and His Brothers. 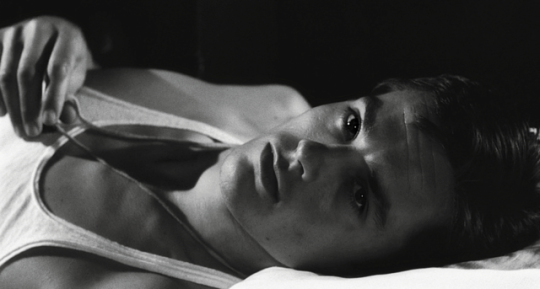 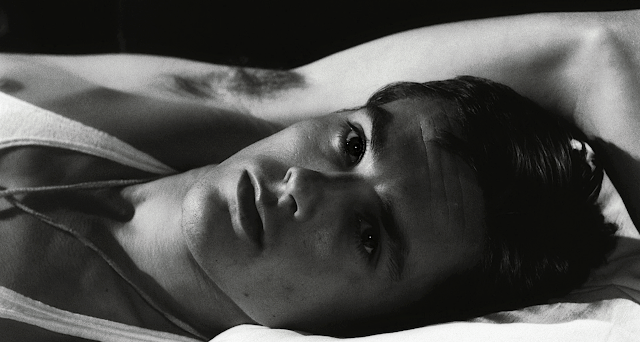