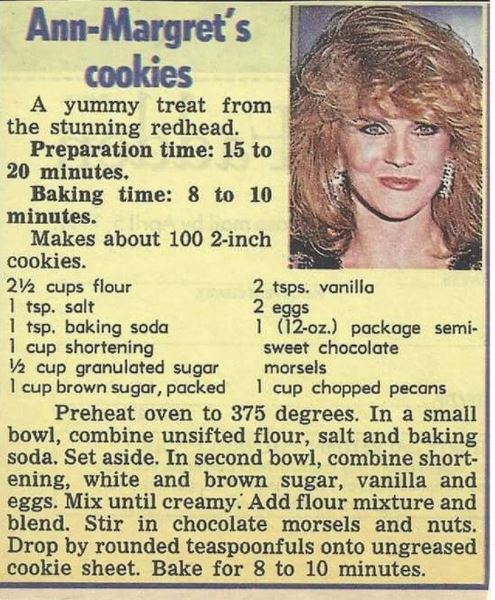 Ann-Margret is many things. A consummate entertainer. A “triple threat” (actress, singer and dancer). A sex kitten par excellence. An enthusiast of sequins. One thing she most definitely ain’t: a reliable recipe source. I attempted to make the redheaded vixen’s seemingly straightforward cookie recipe – and let’s just say it turned into a total hot mess!

My learnings: I bought North American style measuring cups rather than Googling the equivalent of every ingredient in grams. From my research: if you see the term “shortening” in an American recipe, replace with butter.  Granulated sugar and caster sugar are the same thing. “Chocolate morsels” and chocolate chips are also the same thing, and a 12-ounce package of chocolate chips (American) is pretty much the same as a 100-gram package (UK). Morrisons (my local grocery store of choice) didn’t have chopped pecans in stock, so I replaced them with a packet of chopped mixed nuts. 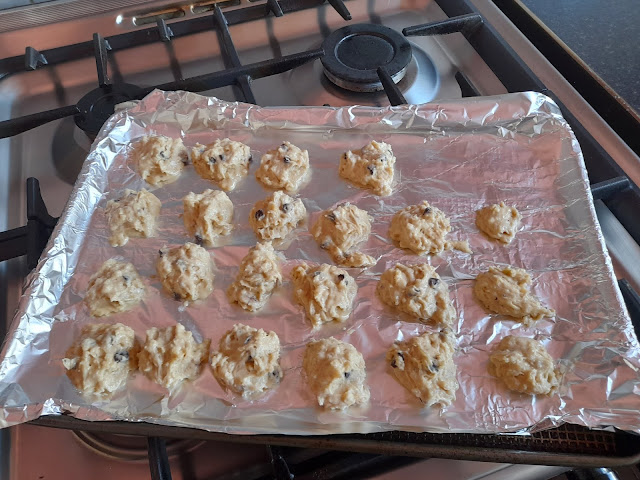 I followed Ann-Margret’s instructions to the letter and carefully dolloped-out small “rounded teaspoon fulls” of the cookie batter onto a foil-lined baking tray. So far, so good. They are meant to create 100 (!) 2-inch cookies. I manged about 28 teaspoon-sized dollops onto the baking tray, so resolved to bake them in batches. But once in the oven, my cookies instantly swelled and “spread-out”, ultimately forming one giant mass and after 15-minutes (considerably longer than A-M instructs), they were still squidgy and under-cooked! (But smelled amazing). So, I left them in for a further 15-minutes until they were firmer and more of a golden-brown shade. Once it cooled I wound-up cutting this wodge of solid cookie into irregular “squares.” I mean, they taste like intensely sweet and delicious chocolate chip cookies (of course they’re delicious: their primary ingredients are butter and sugar) but they don’t look remotely like what I was expecting.  Same thing happened with the second batch. When I was scraping-out the last of the batter from the mixing bowl, the “cookie dots” became smaller – and those final cookies didn’t spread-out and flatten but remained individual circles. So that was the solution – take that “rounded teaspoon” of batter and reduce by half! 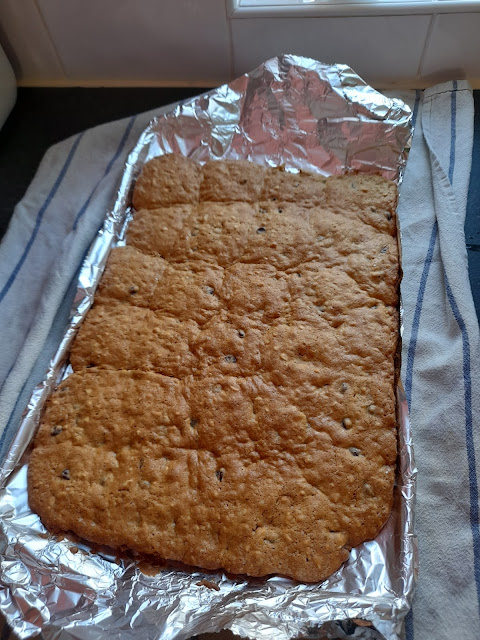 In conclusion: little kids can make chocolate chip cookies. I’m a middle-aged experienced cook and I botched these. File under: never again!

My recollections of seeing Ann-Margret perform at The Stardust casino in Las Vegas in 2005.